US equity indexes continue to battle upward, with ongoing net October gains of 6.0% (Trans), 4.9% (Dow, Sp'500), to 4.5% (Nasdaq comp'). Near term outlook offers continued upside to the sp'2040/60 zone. The key issue is whether the market can achieve a monthly close back above old broken support. 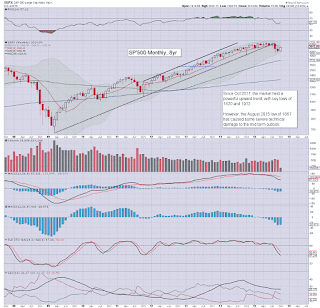 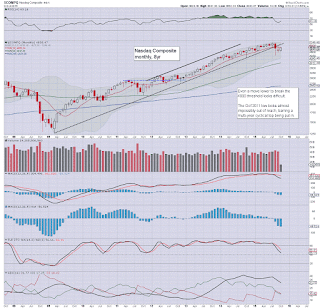 The tech is lagging the broader market, but is so far higher by 4.5%, back in the 4800s. Any sustained action back above the giant 5K threshold would give powerful credence to the notion that the August low of 4292 was a key low. It is notable that despite the current net monthly gain, the underlying MACD cycle continues to tick lower. 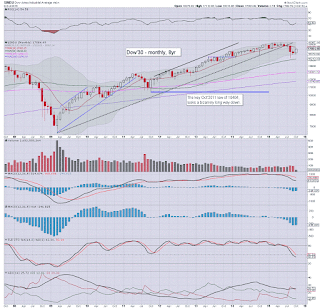 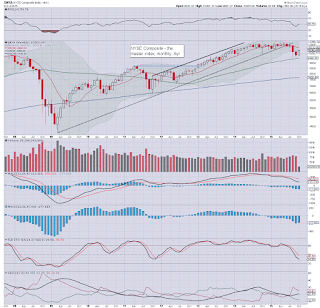 The master index is currently net higher for Oct' by 5.7% in the 10300s. There is key resistance in the 10600s. Any monthly close > 10800 would clarify that the down cycle from the May high is likely complete. 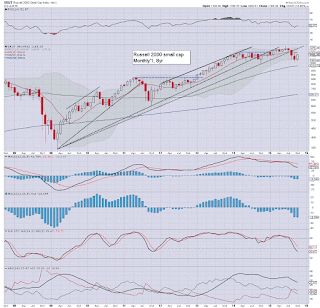 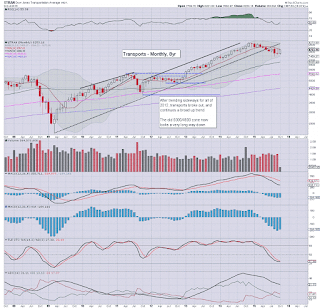 The 'old leader' - Trans, is leading the way higher, and is so far +6.0% for the month, back in the 8200s. First resistance is the 10MA in the 8300s. Any sustained action much above 8500 (where the 200dma is lurking) will clarify that the more bearish outlook is off the menu. On any market failure to keep pushing higher, first downside target will be the psy' level of 7000.
--

All US equity indexes are currently powerfully higher for October, with daily/weekly cycles offering further upside across the next week or two.

Frankly, the more bearish equity scenario is looking increasingly unlikely.. not least as seasonal factors will be working against the bears into early next year.

Aside from corp' earnings, here isn't too much of significance scheduled next week.

*there are a fair number of Fed officials appearing across the week.. but no Yellen.

A week for the bull maniacs 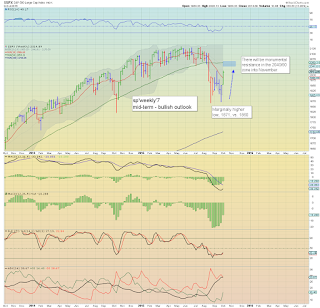 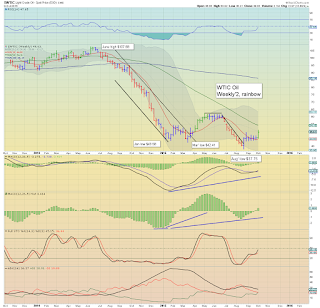 Very notable outright bullish green candles on the sp'500 and WTIC Oil weekly 'rainbow' charts. The near term outlook is bullish for equities and Oil.
--

US equities closed moderately higher, sp +1pt @ 2014 (intra high 2020). The two leaders - Trans/R2K, settled higher by 0.7% and 0.2% respectively. Near term outlook is for continued upside to the 2040/60 zone. The ultimate issue remains, can the market achieve a monthly close back above old broken support? 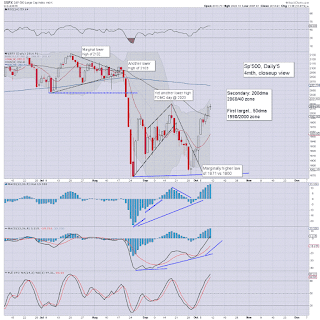 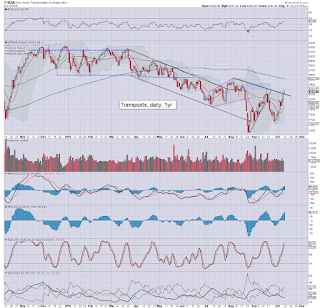 Suffice to note.. a clear break above declining resistance/trend for the 'old leader' - Transports, seemingly headed for the 200dma in the 8500s.