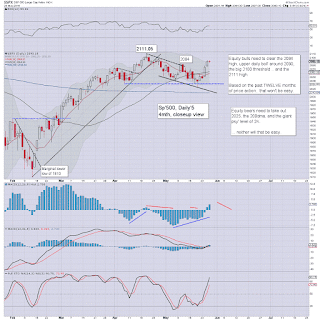 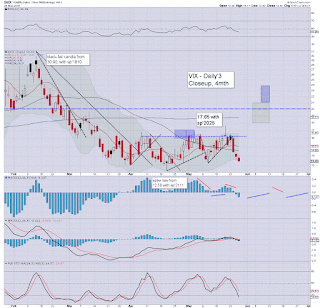 A day of very minor chop, much like the price action of May 20th/23rd. There is clearly threat of another minor lurch higher, but broadly... we're seeing increased selling as we're close to the sp'2100 threshold.

Price action remains much the same since summer 2015. A big move is coming, as many are starting to recognise.

--
Update on the USD, weekly 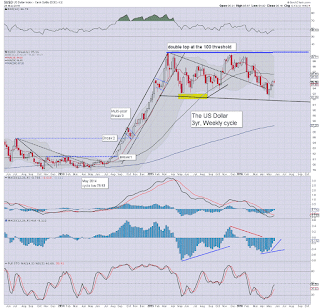 The market is trying to price in a possible second rate hike - which is inherently bullish for the USD, although I'm still highly dubious the Fed will raise until the Dec' FOMC.

What should be clear, any price action above the double top of DXY 100, and the door will be wide open for a straight run to the 120s. That would have a great many implications for just about everything.
--

Its been a tiresome week, not least as I've been battling to build my new home site, but also to keep this page (and a few others) routinely updated.

Once the GDP data is out of the way tomorrow, by 11am, price action will likely be even more muted that today's narrow range of 7pts (0.3%).

Yes.. Yellen is speaking, but its just an award ceremony, and I'm bemused that the mainstream seem to be giving it so much attention. Do they really expect Yellen to give a long speech on monetary policy?