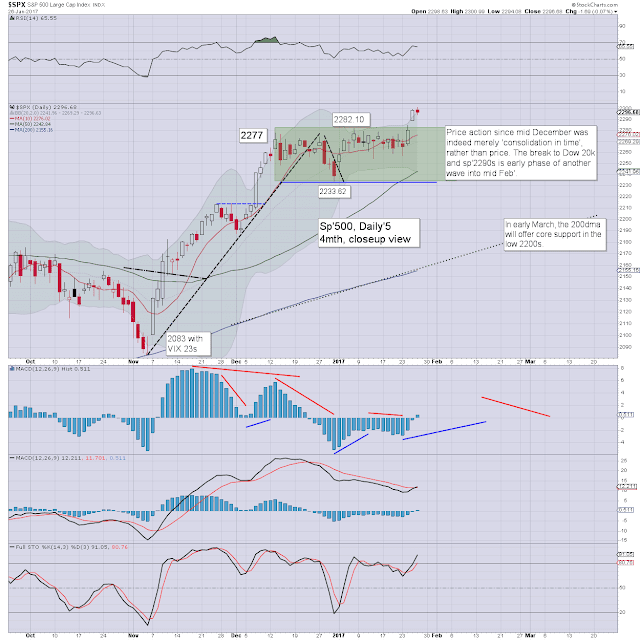 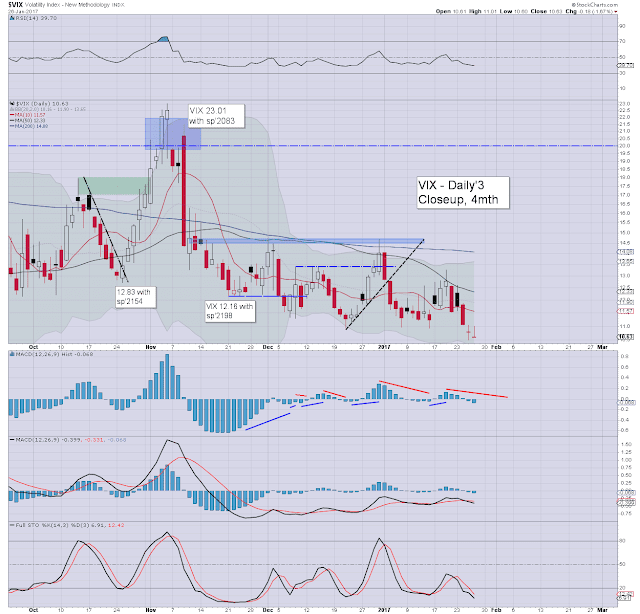 VIX is naturally still very subdued, and if the market can climb into the weekly close... there is serious threat of the VIX being whacked into the 9s... last seen in Feb'2007.

The 'old leader' - Transports, broke the Dec'2016 high of 9490, and thus confirming the recent new highs in the Dow/sp/nasdaq. 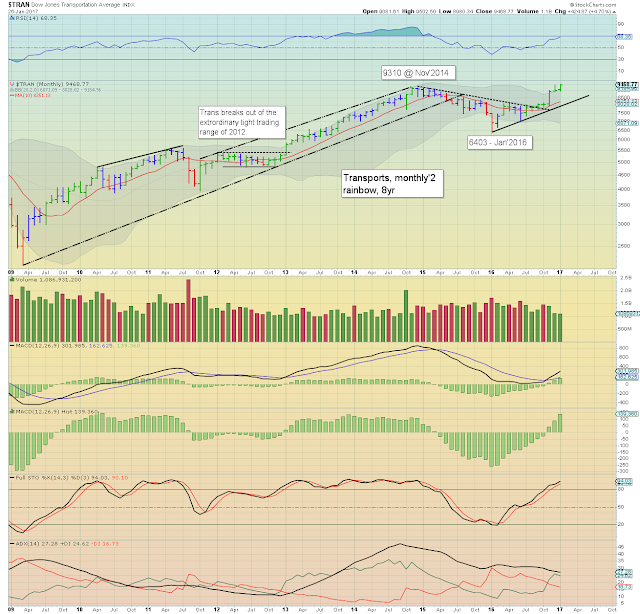 We've a seventh consecutive green 'elder impulse' candle, the most bullish situation since early 2013, back during the days of QE3. The tranny looks headed for 10k, whether that is by early spring.. or early summer, really makes little difference.