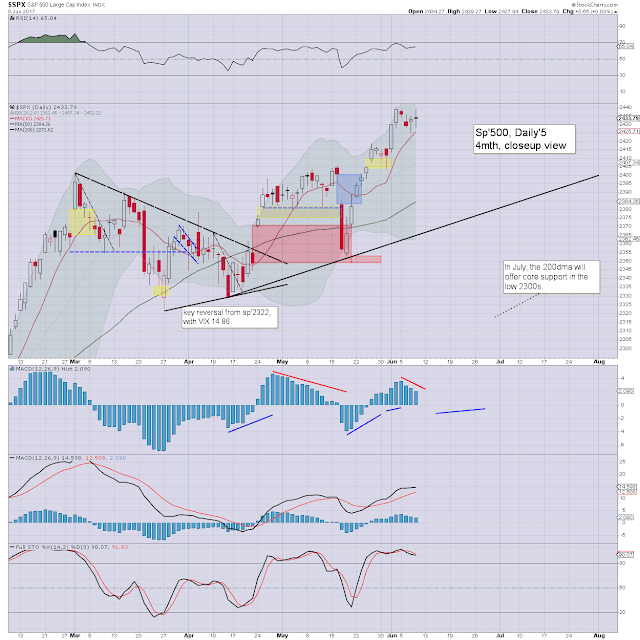 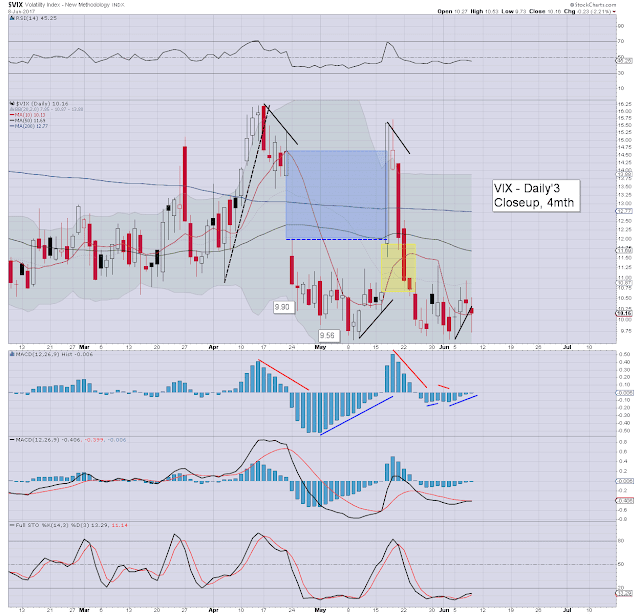 It was a day of minor chop for the equity bulls, but with notable new historic highs in the Dow and Nasdaq comp'.

Short term price structure (hourly cycle, not shown) is offering a baby bear flag. That was actually provisionally confirmed in the 2pm hour. In theory, a washout to the 2410/00 zone, is on the menu for Friday.
-- 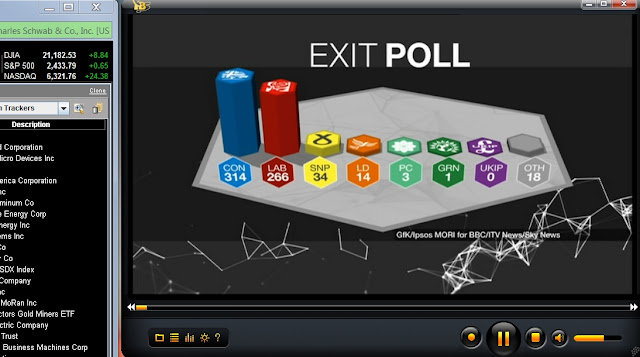 This would see May seeing her party lose an outright majority. It would be a near total disaster for the conservative party, resulting in a hung parliament. If correct, May should resign... and another election would likely be called within 6-12 months.

As ever... feel free to leave a message via Disqus.