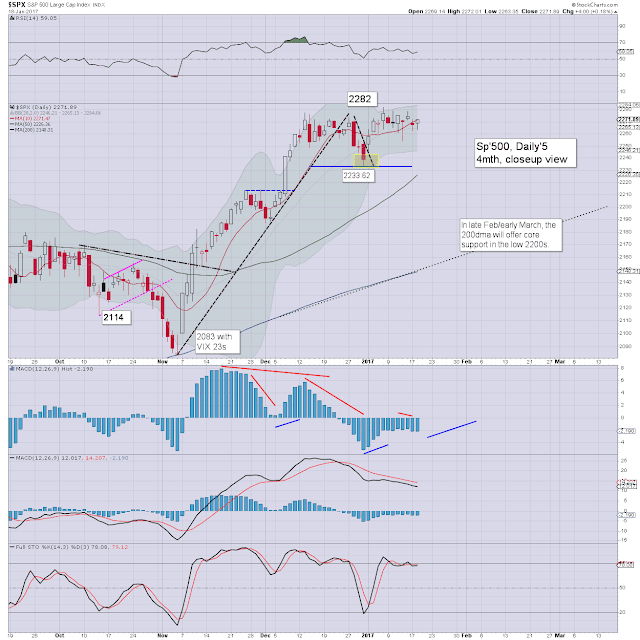 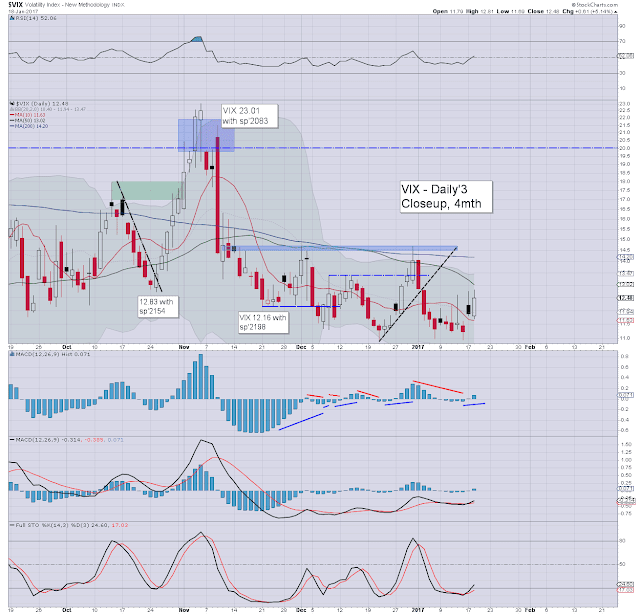 *DELAYED post.. as my internet dropped for 11hours. Even in the city of London.... it happens!
--

It was an outright tedious day in US equity land. Sure, there were a fair few individual movers - not least due to earnings. The broader market though, its just in moderate chop mode.

With the inauguration this Friday afternoon, there is little reason to expect the market to swing significantly from current levels. As noted yesterday... the market is arguably just consolidating in time... rather than price. On balance, I'm still looking for another wave higher.. before opportunity of a correction in Feb/March.

As for VIX... nothing to be noted.. other than the low teens still remain out of reach.
-- 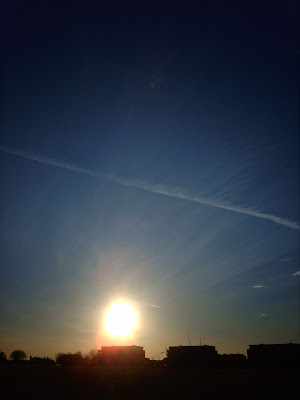 ... and its notable, even in my more suburban part of the city... cranes are strewn across the horizon. I've not looked at any of the UK building stocks (ironically.. I only follow US companies these days), but they must all be at record highs. So much for the post BREXIT recession... another failed BoE prediction. Yes.. the UK has not left the EU... but the BoE - along with most others, expected the UK to be in recession shortly after any 'leave' vote.