New highs are due 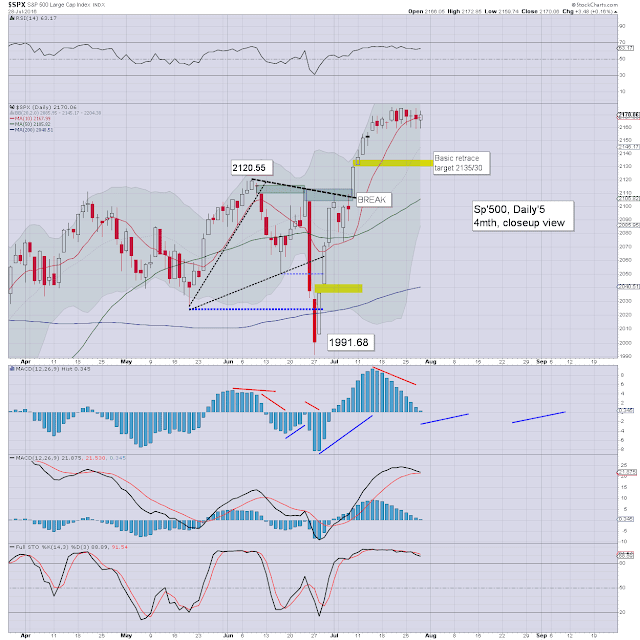 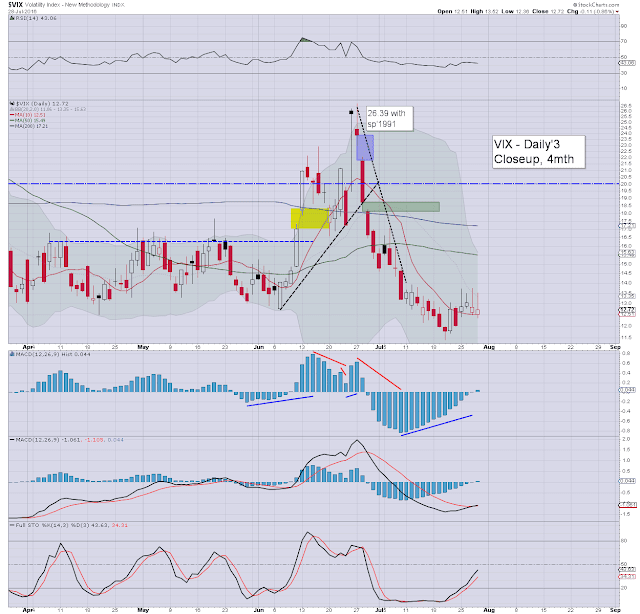 VIX is reflecting a market that is arguably 'consolidating in time', after a post BREXIT hyper ramp from sp'1991 to 2175.
--

With just one trading day left of July, it is now a certainty that the sp'500 will be settling near/at new historic highs. Whether >2175 is exceeded tomorrow or in August... it really makes no difference. Further, it should be clear that broader upside into mid/late September seems highly probable.

The next threat will be a rate hike at the FOMC of Sept'21st, but considering other central banks are set to cut rates/increase QE...  Fed tightening remains extremely unlikely.

I can't be bearish unless a monthly close under the monthly 10MA.. and that is currently in the sp'2050s.