US equity indexes closed significantly higher, sp +28pts @ 2076, with the two leaders - Trans/R2K, higher by 0.6% and 2.1% respectively. The VIX was naturally ground lower across the day, settling -8.8% @ 14.42. The mainstream mood is back to almost maximum complacency, as rate hikes and a BREXIT vote are no longer seen as a problem. 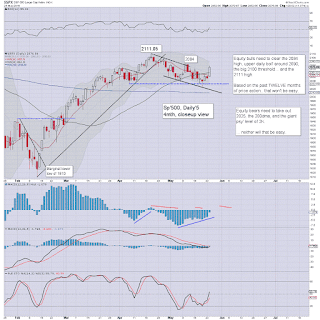 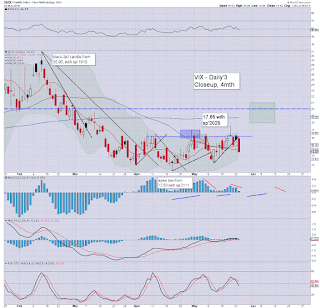 It was a pretty damn bizarre day in market land, with even some of the cheerleaders on clown finance TV recognising that the degree of gains were not remotely justified.

It is understandable that some of the bull maniacs are now seriously looking for a break back into the sp'2100s, broadly higher across the summer, and indeed... the rest of 2016.


Yet... has anything really changed?

Today's gains do nothing, as the market remains stuck in a relatively narrow trading range. Aside from a few brief forays >2100, and the two down waves to the 1800s, the market has been broadly stuck in a 4-5% range for an entire year.

Trading ranges won't last forever... and whichever side we do break, will likely determine the market direction for many months.. if not years. 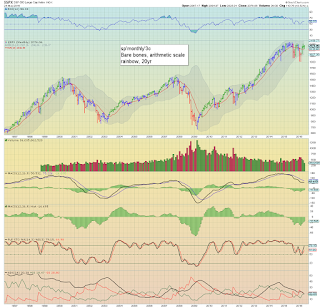 Very few in the mainstream now consider the latter as remotely possible this year, and its that degree of near total complacency that should actually concern the bulls right now.


So.. what about the Fed/rates... and the BREXIT vote?

I'm still of the view the Fed will not raise rates ahead of the BREXIT vote, which many realise would be a very valid excuse for the market to at least cool (if briefly) back under sp'2K.

As for how the UK populace will vote (June 23rd), the outcome is likely to be pretty close - much like the Scottish independence vote in 2014. I'm still leaning on the conservative side.. which would see a 'STAY' outcome. Were that the case.. the market would rally.. at least initially.