No change, no surprise 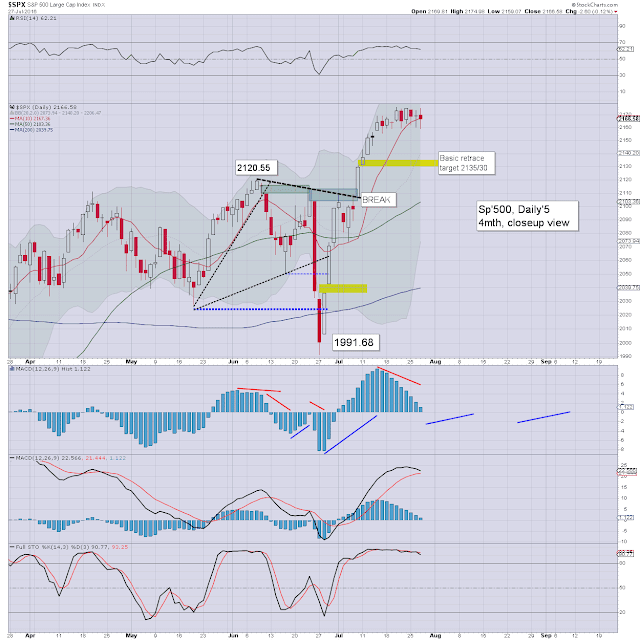 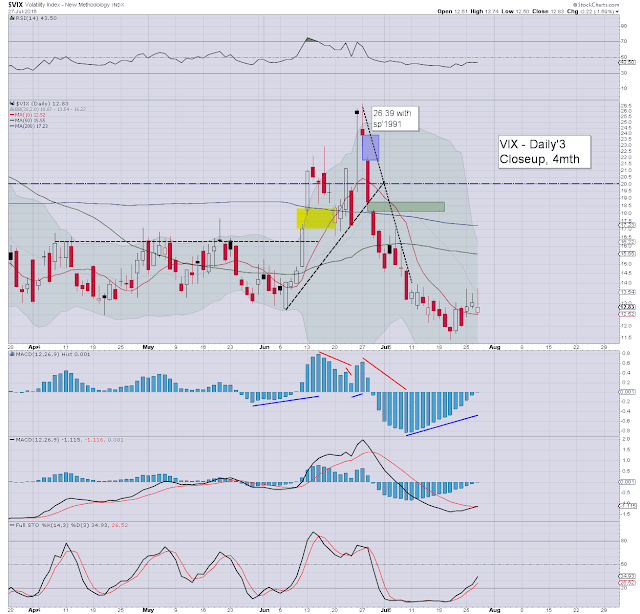 So the Fed decided to leave int' rates unchanged in a range of 25/50bps. The next FOMC is not until Sept'21st, and even if the next two sets of monthly jobs data come in good, the Fed will remain reluctant to raise as the BoE, ECB, and even BoJ, might have cut rates.
-- 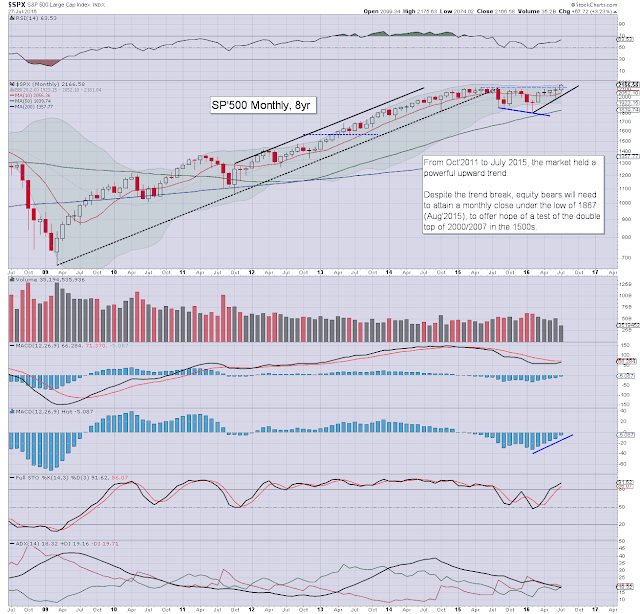 The sp' is set for a fifth consecutive net monthly gain, and that is about as bullish as it gets. As of next Monday, we're set for a bullish MACD cross (aka.. MARCON 7), which will officially put the market back into 100% bullish mode.

Yes there are all manner of financial and geo-political 'issues' that could be used to excite the equity bears about possible future declines, but... ongoing price action offers absolutely nothing.