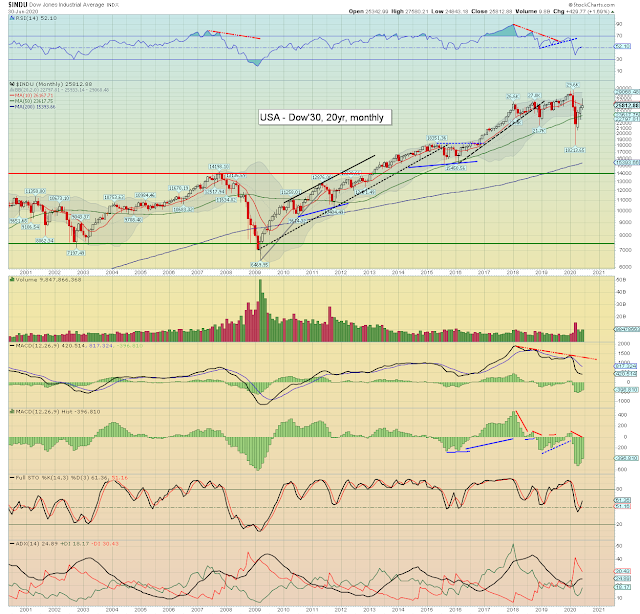 The mighty Dow climbed for a third consecutive month, settling +492pts (1.7%) to 25812. However, the June close was still below the monthly 10MA, with a distinctly spiky June candle from an intra high of 27580. Momentum remains deeply negative, and will remain so until at least early 2021. 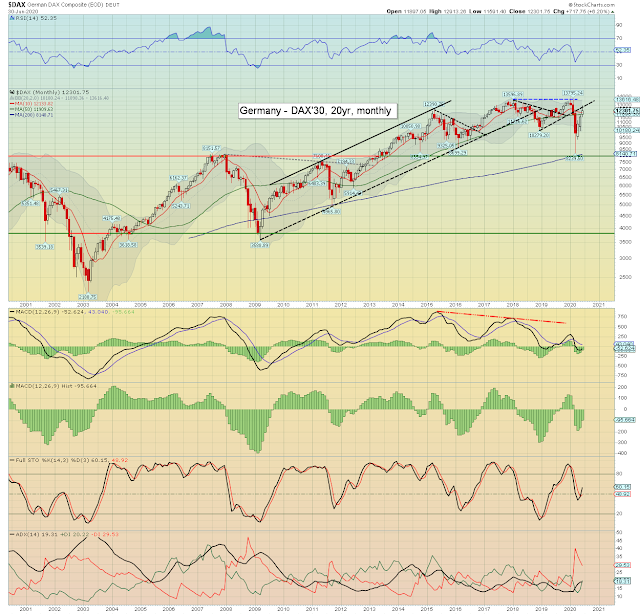 The economic powerhouse of the EU - Germany, saw its market climb for a third month, settling +717pts (6.2%) to 12301. The first monthly settlement above the 10MA since January. 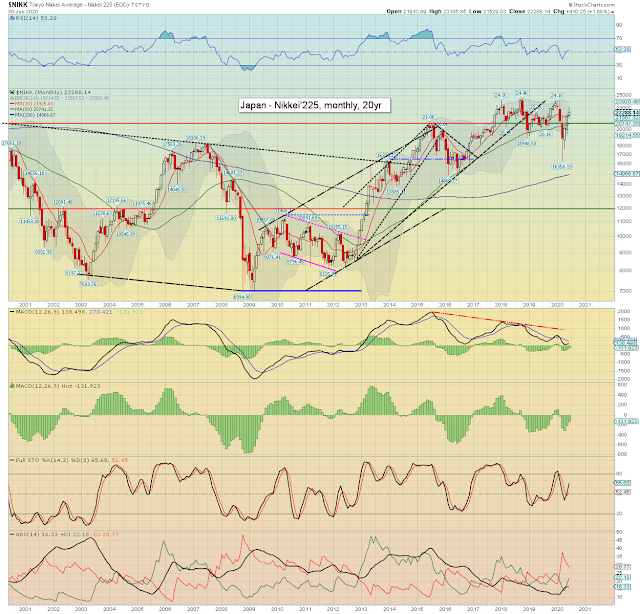 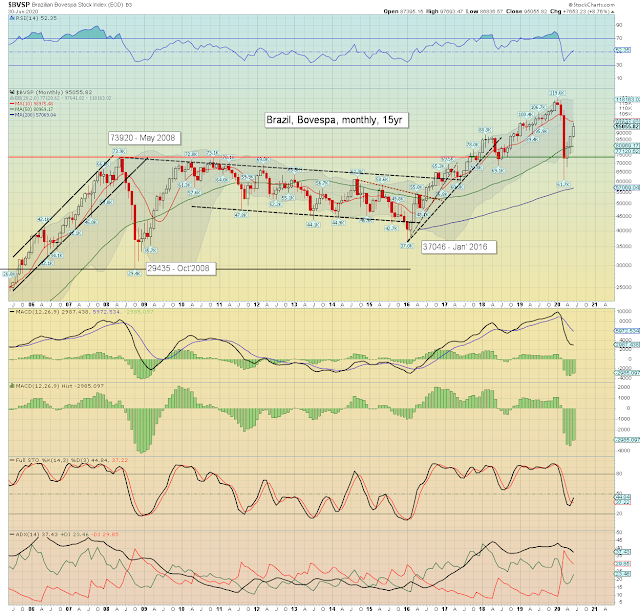 The Brazilian market lead global equities upward, a third consecutive monthly gain, settling +7653 (8.8%) to 95055. Settling under the 10MA for a fifth month. 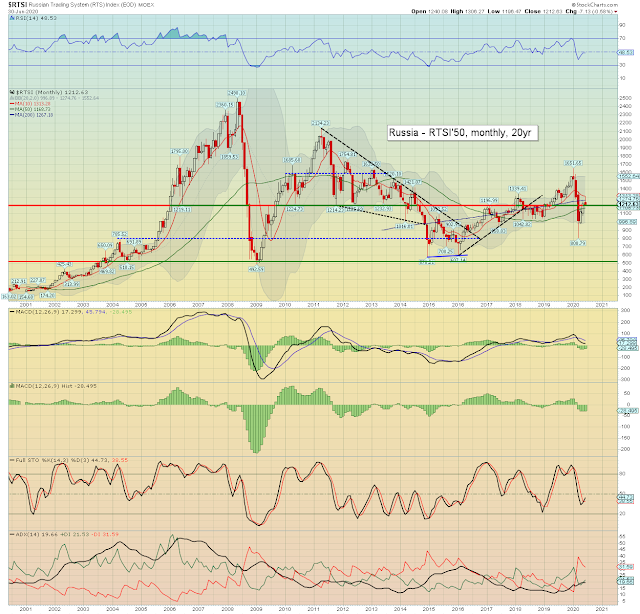 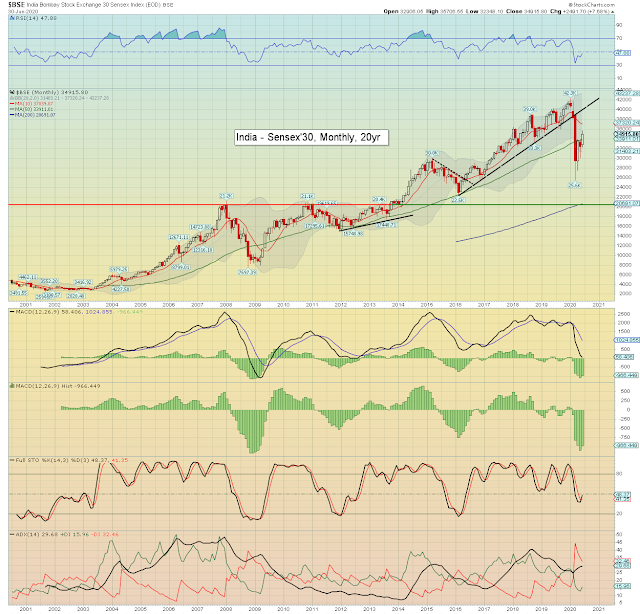 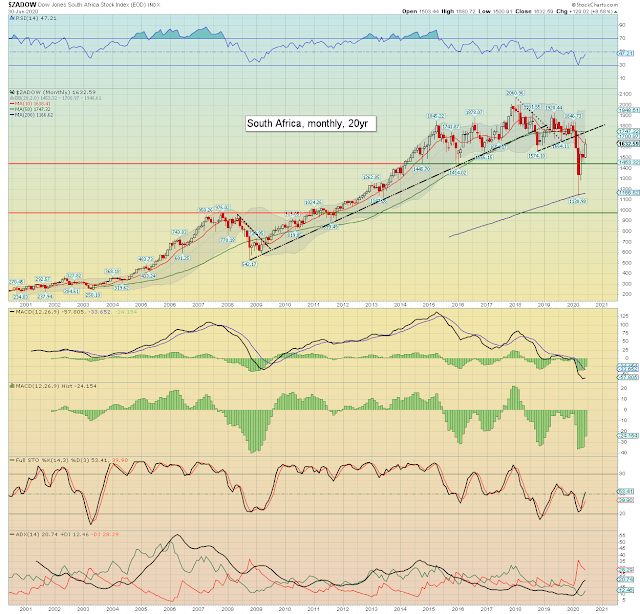 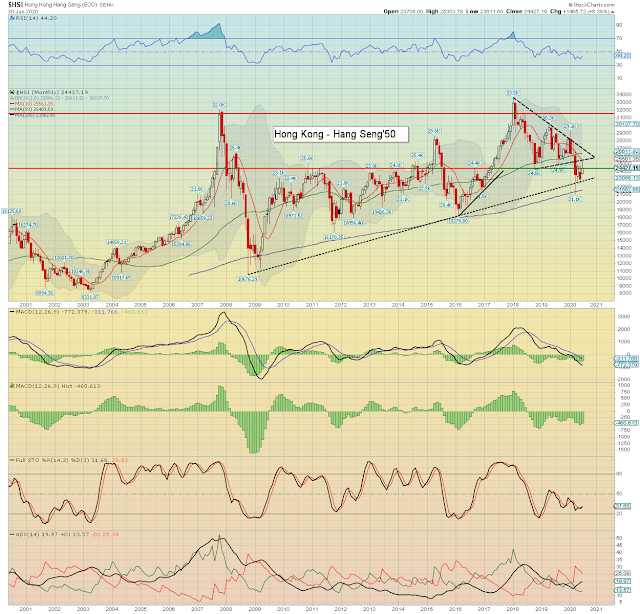 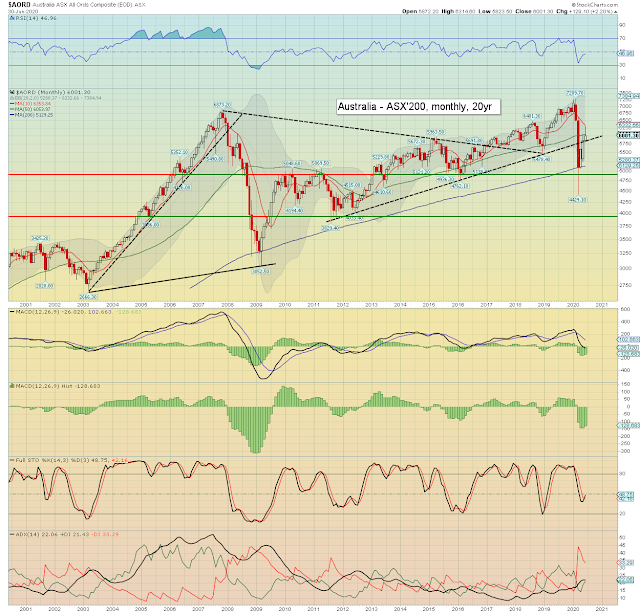 Australian equities recovered for a third consecutive month, settling +129pts (2.2%) to 6001, although that was still below the key 10MA.
–

Brazil and South Africa lead the way higher, with the USA and Russia trailing.

A relatively light week, ahead of Q2 earnings which will begin with the financials on July 14th.

It was a bullish month for almost all world markets, but most remain mid/long term broken from their Jan/Feb' highs.

The US market itself is very mixed. The Nasdaq comp' and SPX saw bullish monthly settlements above their 10MA, but the Dow, Transports, and NYSE comp' all settled below key supports. Further, even the SPX June candle was distinctly spiky from 3233, and indicative of s/t bullish exhaustion.

A foray to the mid/low sp'2800s still appears a threat, but even if that is seen, I'd have to expect July (and subsequent months) to settle >3K. To be clear, with the Nasdaq comp' breaking a new historic high, just this past Thursday, the bears have nothing to tout unless a monthly settlement back under sp'3K.

The uncertainty of an election can be expected to be an increasing pressure on the US market. Yet, its pretty clear another stimulus bill is on the table, with the fed ready to buy another few trillion of bonds. Ohh, and lets not forget their corp' bond buying program, with the fed now (financially) in bed with almost everyone, from Comcast, Microsoft, to even the gold miner of Newmont!

Whilst you could argue we have 'sleepy summer doldrums' ahead, I'd expect things to remain pretty wild. Just imagine how twisted and bizarre life will have become by this November/December... in the twilight zone.

Enjoy the holiday weekend!
--
*the next post on this page will likely appear 5pm EDT on Monday.
Posted by Trading Sunset at 17:00:00
Email ThisBlogThis!Share to TwitterShare to FacebookShare to Pinterest
Newer Posts Older Posts Home
Subscribe to: Posts (Atom)