Another quartet of highs 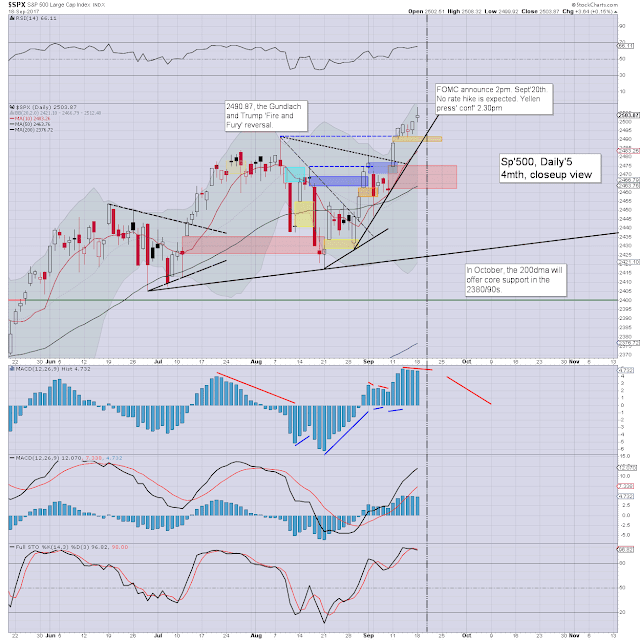 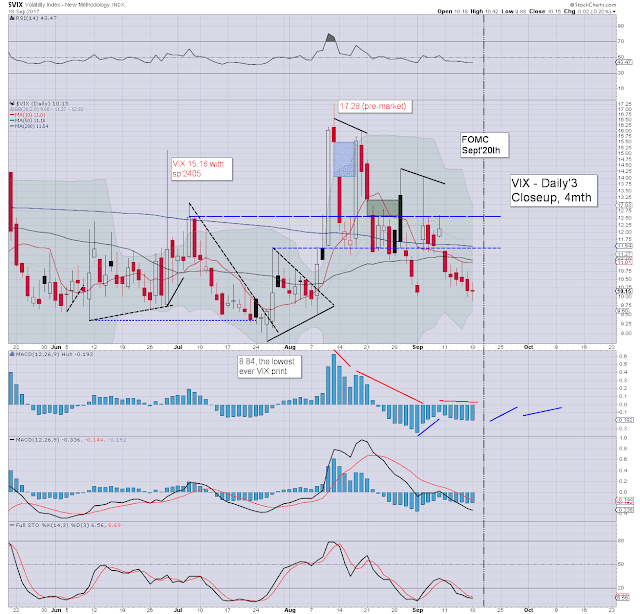 US equities opened just a little higher, but it was enough to generate another quartet of index highs in the sp', dow, nyse comp', and the nasdaq comp'. Overall price action is pretty subdued though, and there is little reason to expect any drama between now and Wednesday 1.59pm.

The VIX opened fractionally higher, but almost immediately cooled into the 9s, last seen Aug'8th. A burst to the low teens seems very viable in the latter half of this week. The key 20 threshold is likely out of range until we're in the more 'dubious' month of October.
--