November starts on a bearish note 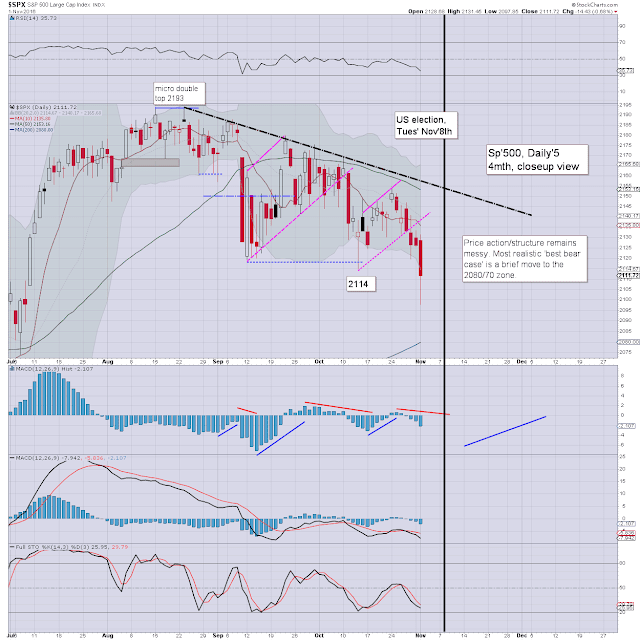 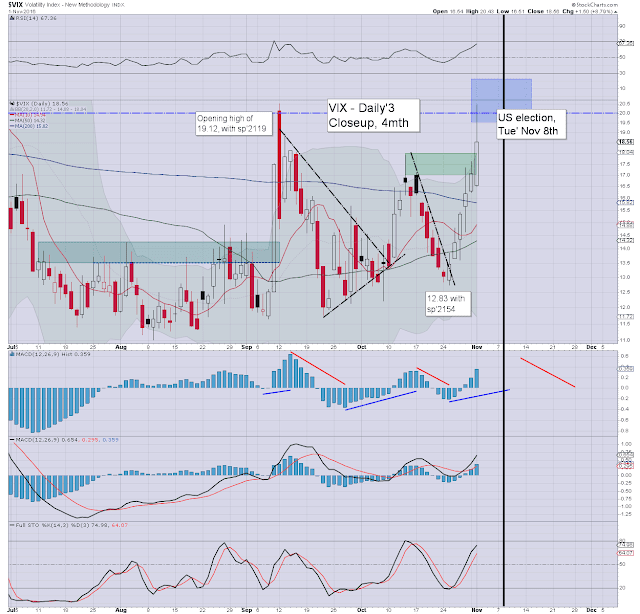 Once again the market opened in minor chop mode, and there was simply very few willing to buy, as the election was another day closer.

Indeed, the US election is clearly spooking the vast majority of traders, and regardless of any short term bounces, the market will be highly vulnerable into next week, and probably at least 1 or 2 days after the result becomes clear.

VIX managed a sixth consecutive net daily gain, which was last seen in Aug' 2015. Further upside in the VIX to at least 24/25 seems due.

Today was indeed pretty good for those in bear land, but there are far bigger issues this election month. 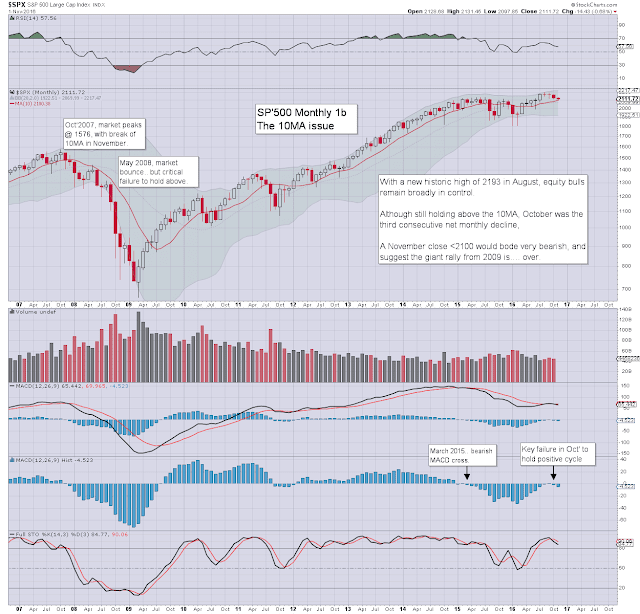 With a new month, the various MAs have adjusted/jumped. The 10MA for the sp'500 is now around the 2100 threshold. By default, a November close <2100 would bode very bearish, not least because it would make for the fourth consecutive net monthly decline, something not seen since Sept'2011.

On balance though, I'm still broadly bullish, as most other world markets are still comfortably pushing upward. Once the election is out of the way, the US market should resume upward.

Ohh, and I'm well aware some of you are borderline hysterically bearish because of the looming Dec'14th rate hike. I happen to think less distorted rates are bullish for the economy and capital markets. Anyone who disagrees... go tell that to someone who is trying to derive a subsistence income from savings.