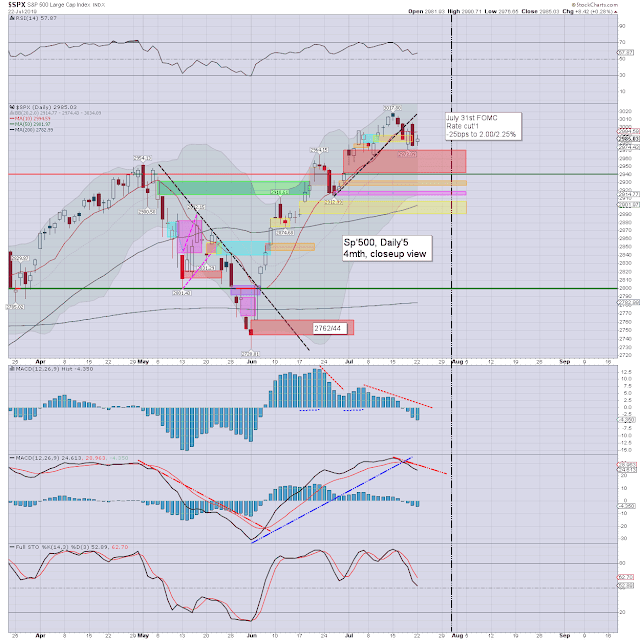 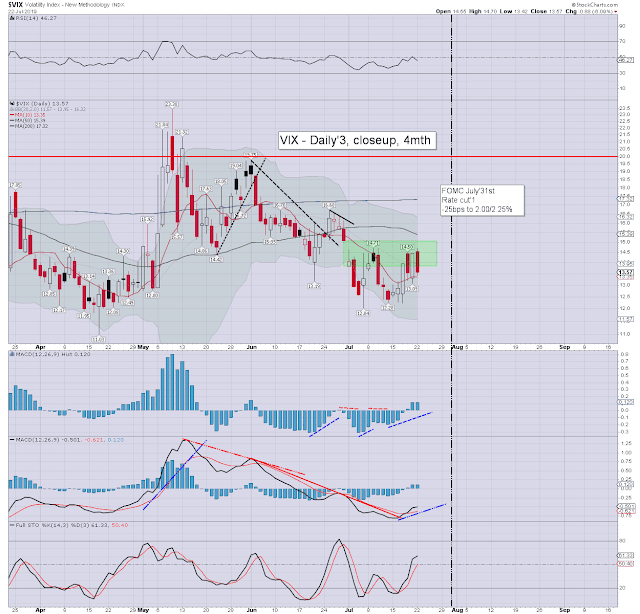 US equities began the week on a slightly positive note, although the gains were pretty shaky at times. Volatility remained relatively subdued, with the VIX settling -6.4% at 13.53. The s/t cyclical setup favours the bulls early Tuesday.

In early morning, the US President took a triple tweet swipe at Print Central... 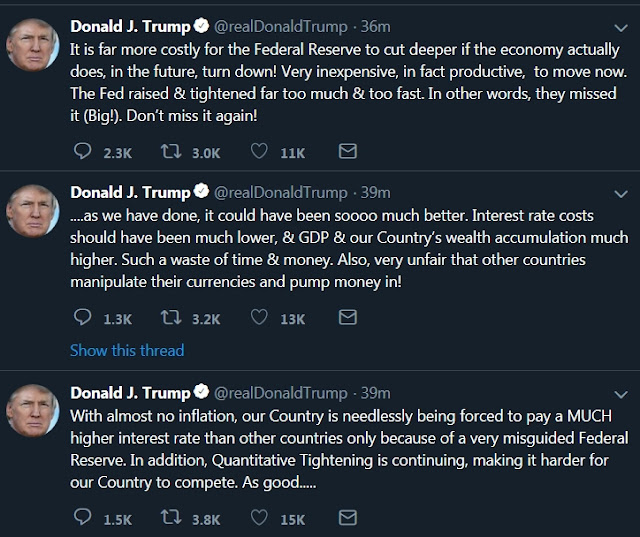 Does Trump recognise the fed won't cut by -50bps next week? In any case, it should be clear, whenever the market next plunges, or with any kind of weakening econ-data, Trump has his scapegoat already selected. Bullard remains on track to replace Powell... sooner, rather than later.
--