Despite equity indexes breaking a pair of new historic highs in the morning, the VIX opened higher, and built gains across the day, settling +6.7% @ 13.12. Near term outlook is for the broad equity upside to continue into May. The big VIX 20 threshold looks out of range for some weeks. 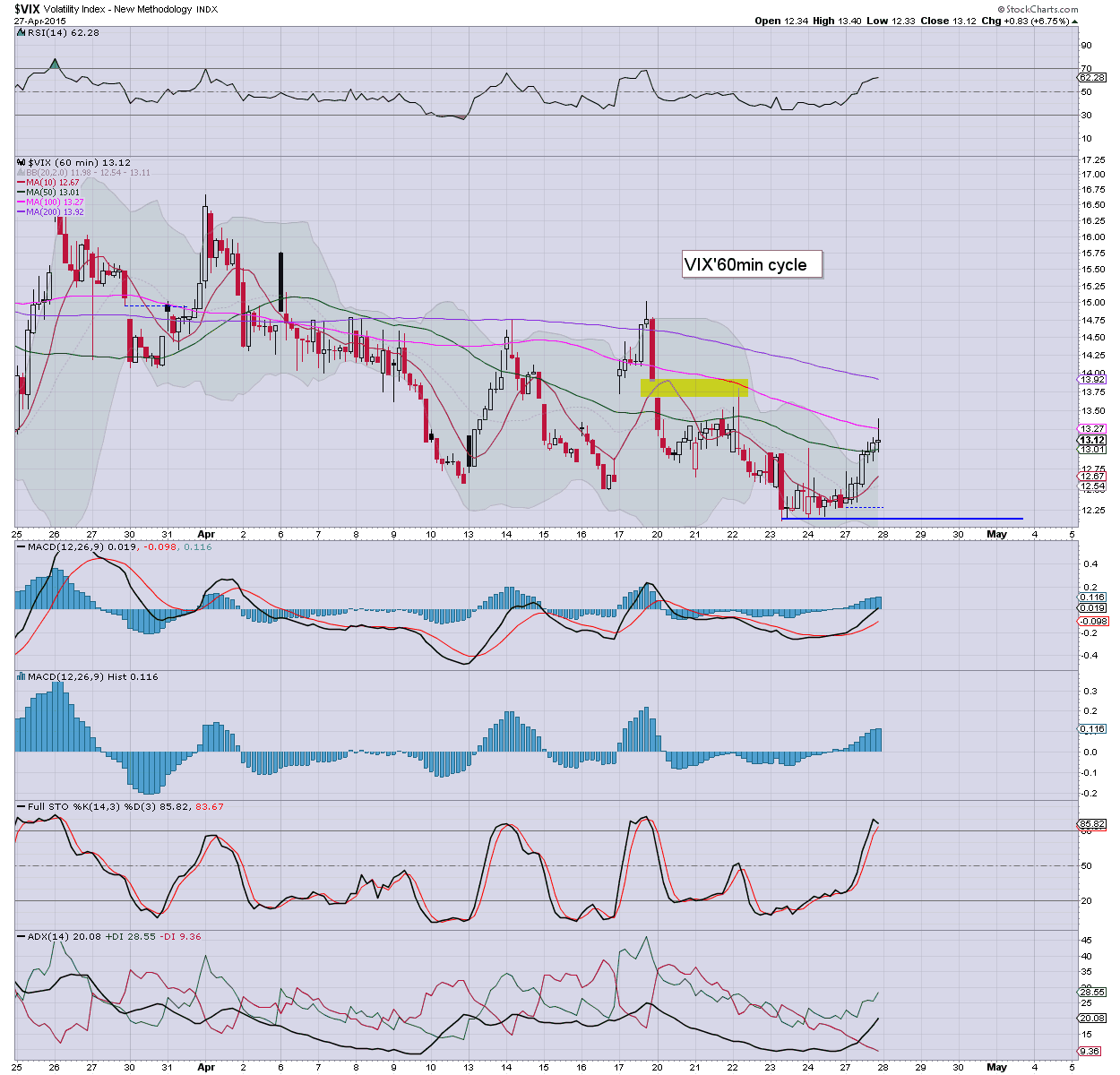 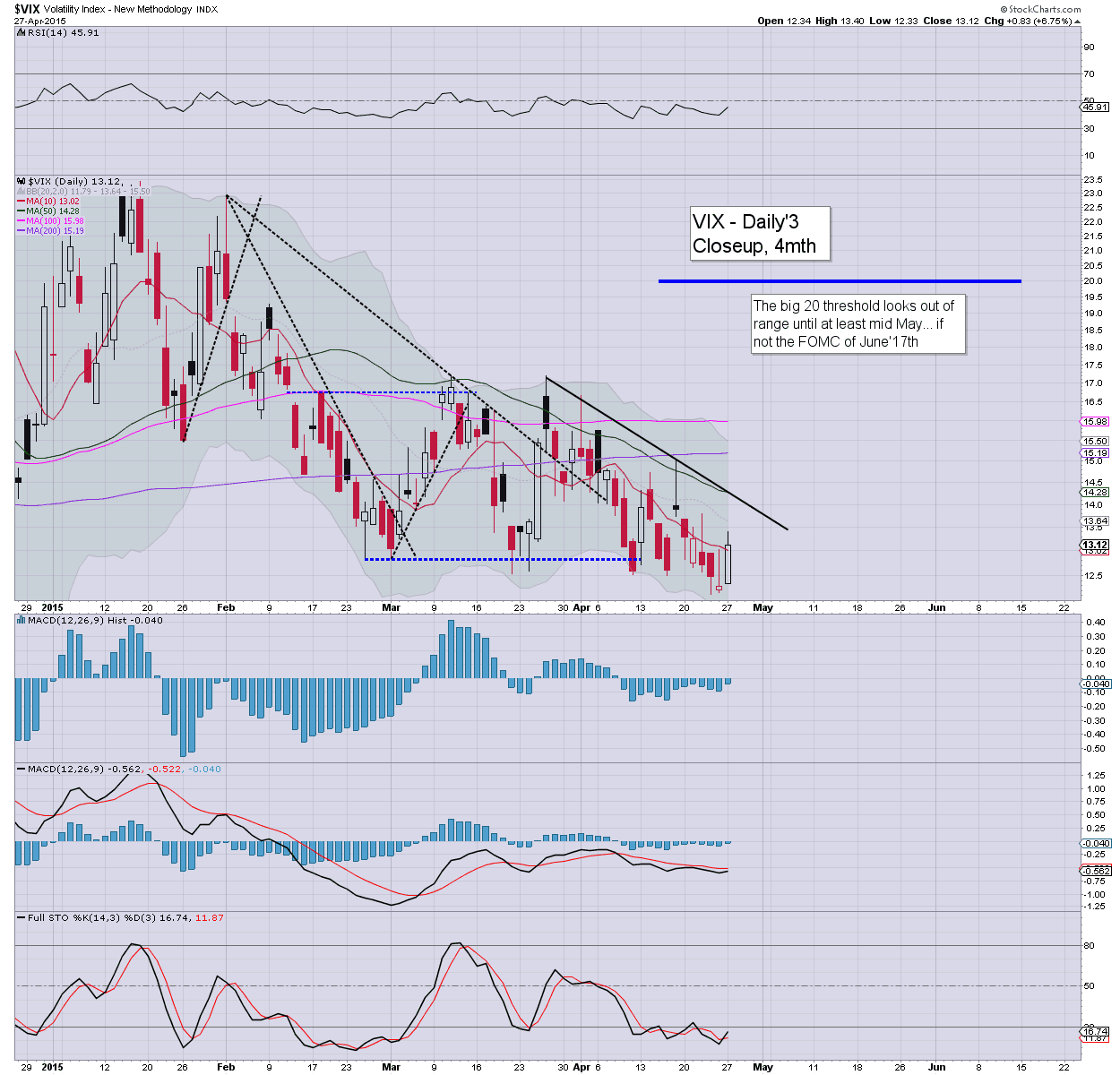 A net daily gain in the VIX, but still.. a VIX that struggles just to break into the 13s.

Considering the broader equity trends, there is little reason to believe VIX has any significant opportunity to break into the 20s until at least mid June. 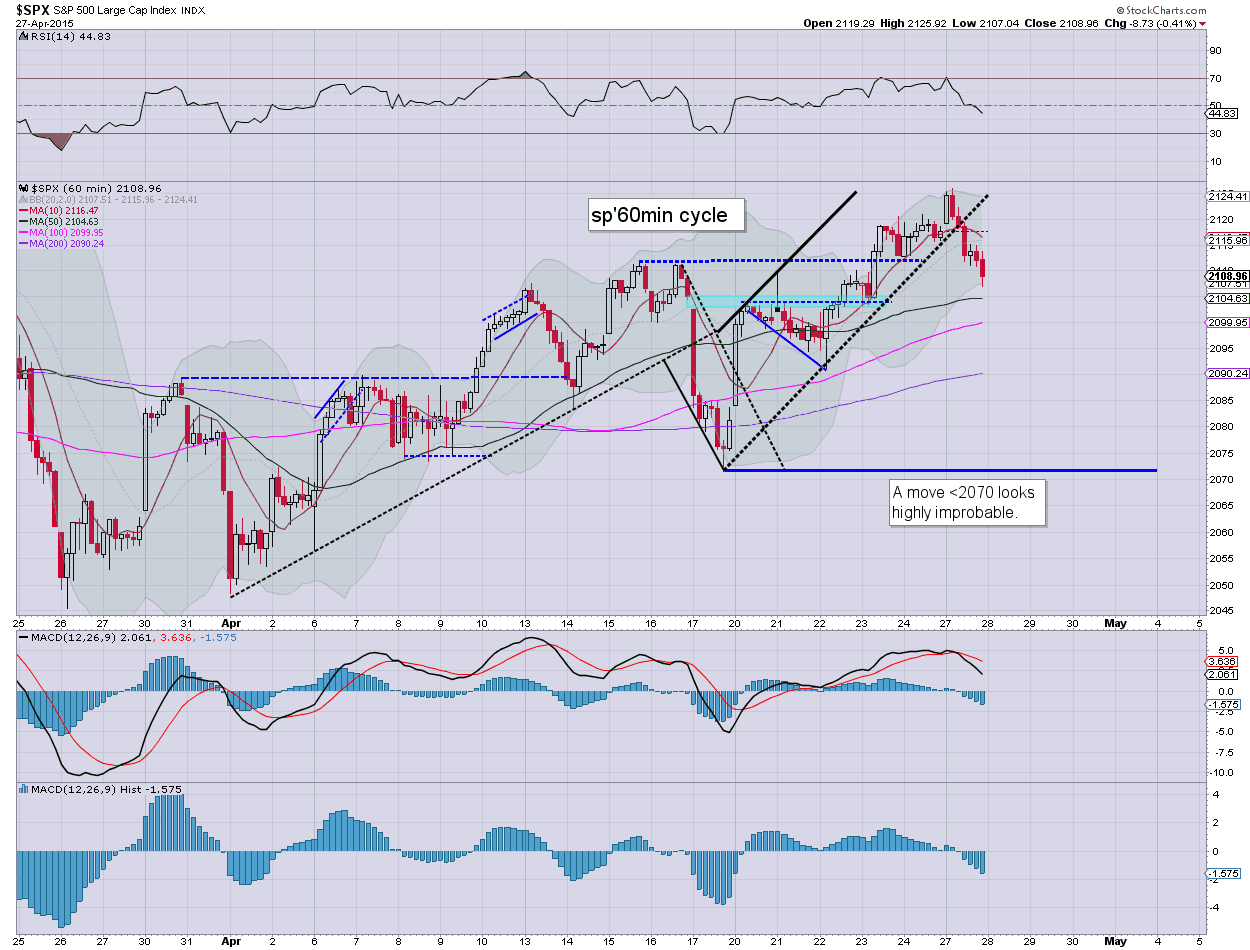 *awaiting earnings from the tech behemoth of AAPL
--

More than anything, I'm beyond tired of seeing the same nonsense talk across the usual sites. The same people calling another top... on the very day that two of the bigger indexes (sp'500/NYSE comp') break new historic highs.

Despite some moderate weakness into the afternoon, it has been another day for the equity bulls, with the broader upward trend resulting in another pair of new highs (sp'500/NYSE comp'). With just 3 trading days left of the month, most indexes are set for net monthly gains of around 2%. 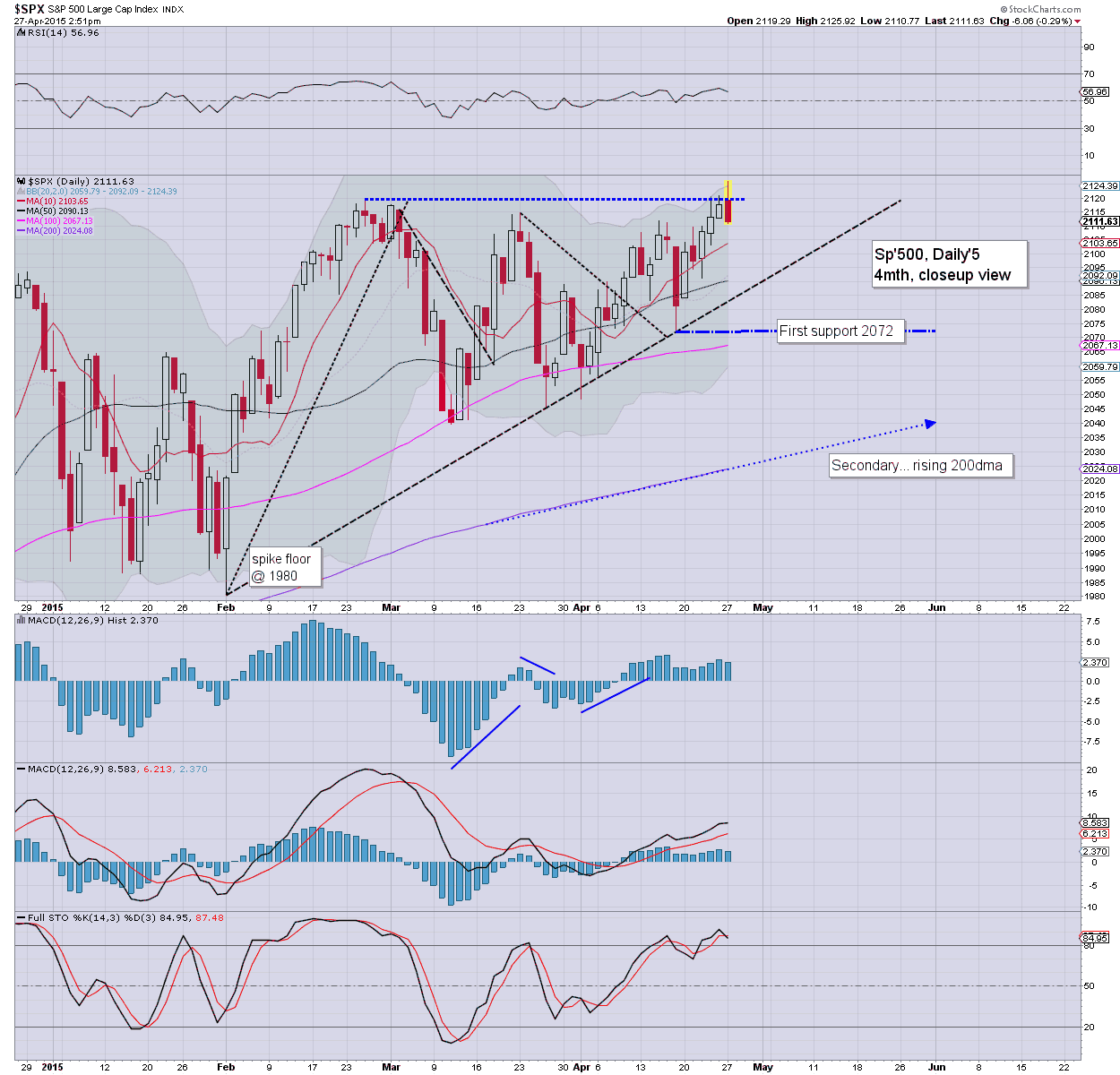 *notable weakness in the R2K, -1.1%.. sitting on rising trend that stretches back to October.
--

Despite the currently red indexes.. it is utterly a joke for any of the doomer bears to be calling this anything than what it really is... another day when the broad based sp'500 achieved a new historic high of 2125.

Back in early summer 2013 when I waved the white flag against the deflationary collapse scenario - that many still cling to... well, we were in the sp'1500s then.

We simply won't be trading under those levels... again. 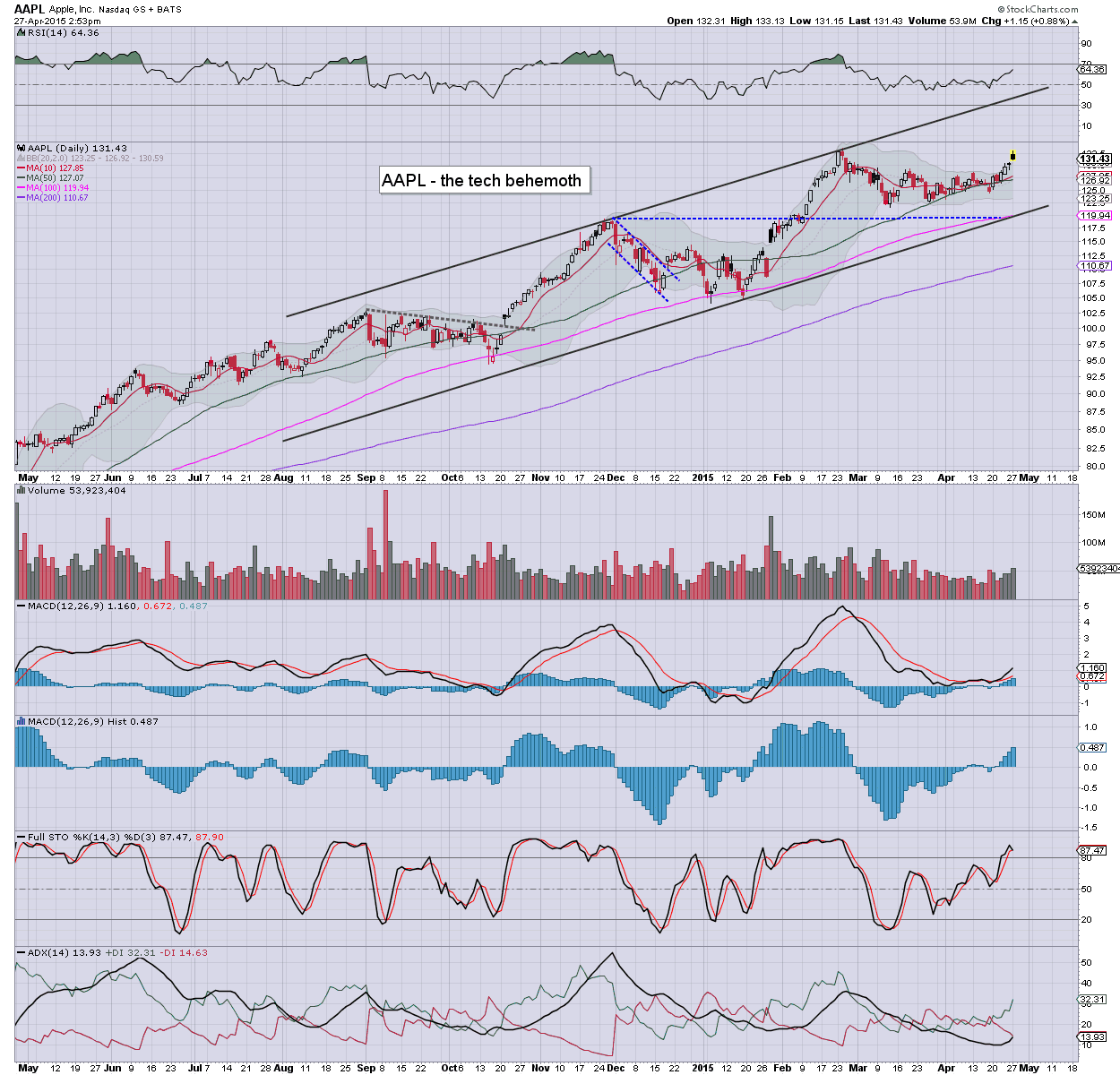 Without question, one of the top 3 tech companies in the world.. set to report in AH.. probably around 4.30pm. The $140s are just about possible if expectations are surpassed.

--
back at the close
Posted by Trading Sunset at 19:59:00
Email ThisBlogThis!Share to TwitterShare to FacebookShare to Pinterest

2pm update - just another day for the top callers

With the down cycle from the new historic high of sp'2125 to 2111, the top calling maniacs have again started to appear. It remains ever more bizarre how the majority get increasingly twitchy unless equity indexes are breaking a new high each hour... EVERY hour. 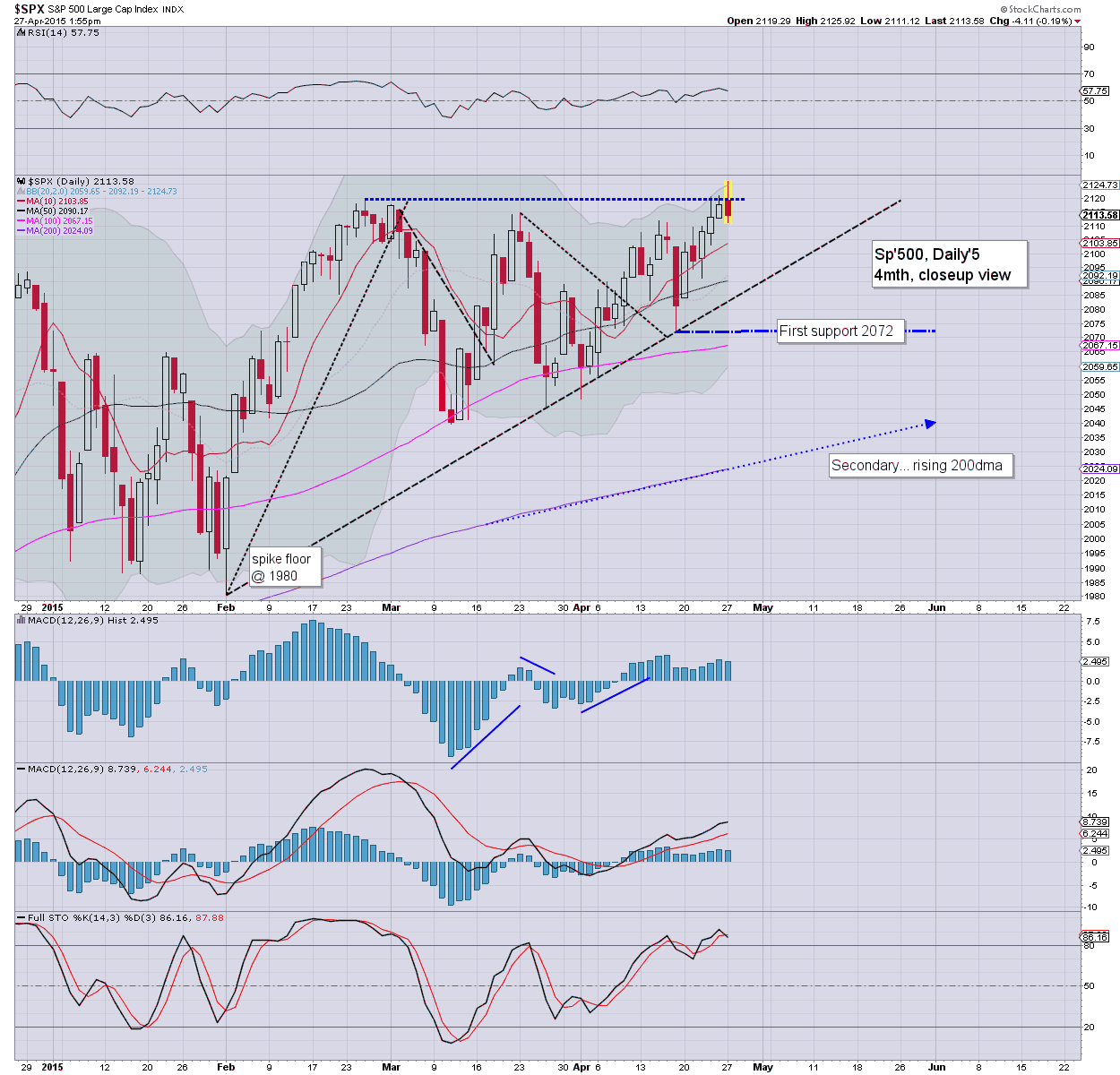 Little to add, on what is just another day when the market breaks a new high... retraces a little, but with so many getting concerned 'is that it?'.

So few seem interested in the big picture these days. Oh well... 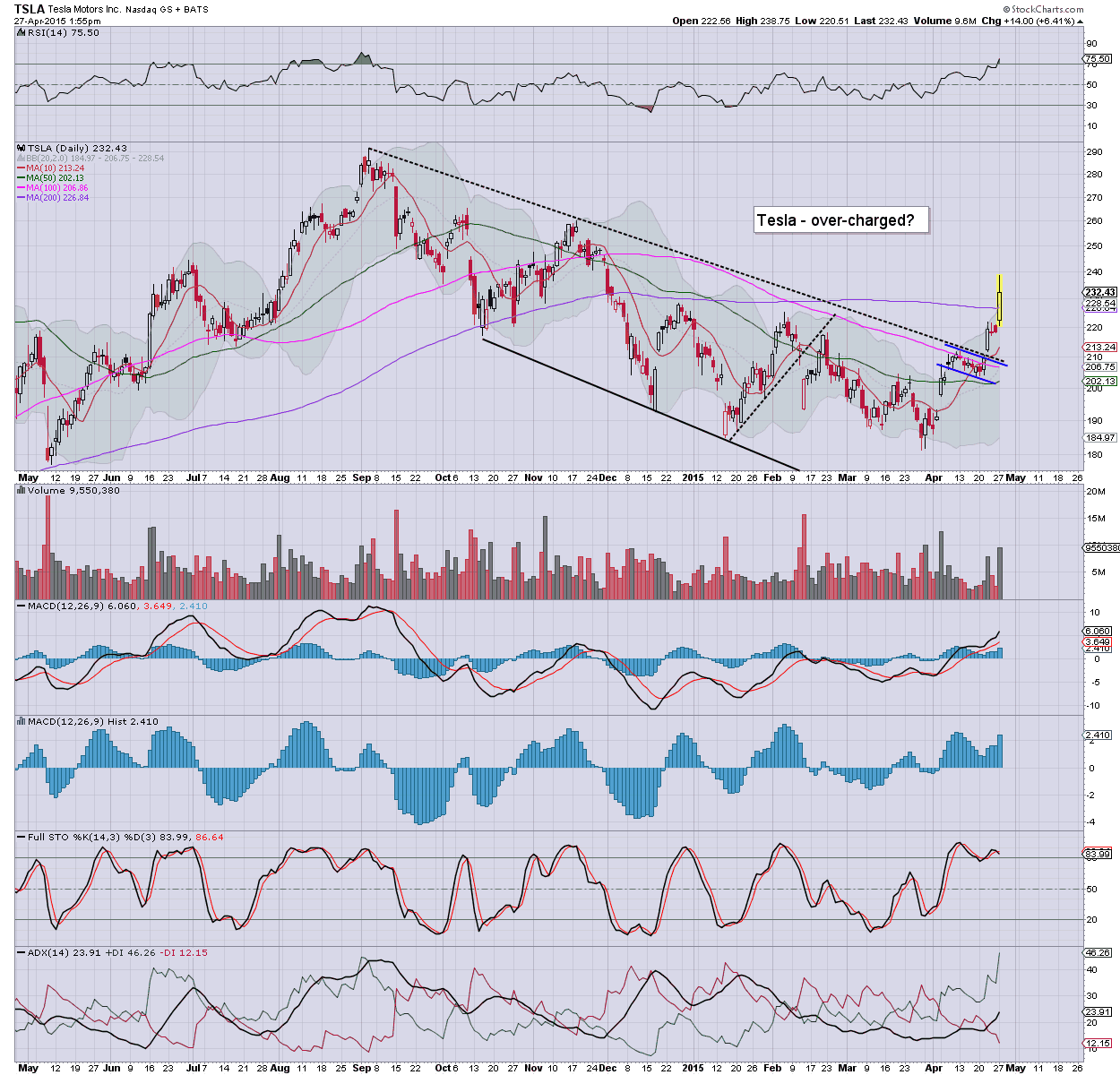 Daily candle is a little spiky right now, but still... the recent break is absolutely clear - from a bull flag no less. The 250/60 zone looks an easy target for May/June.
Posted by Trading Sunset at 18:57:00
Email ThisBlogThis!Share to TwitterShare to FacebookShare to Pinterest

Whilst US equities have cooled a little from earlier highs, there is notable strength in the precious metals. With the USD -0.4% in the DXY 96.50s, the metals are seeing some natural upward pressure, Gold +$27, with Silver +4.5%. Oil remains u/c though... but holding within a broader upward trend. 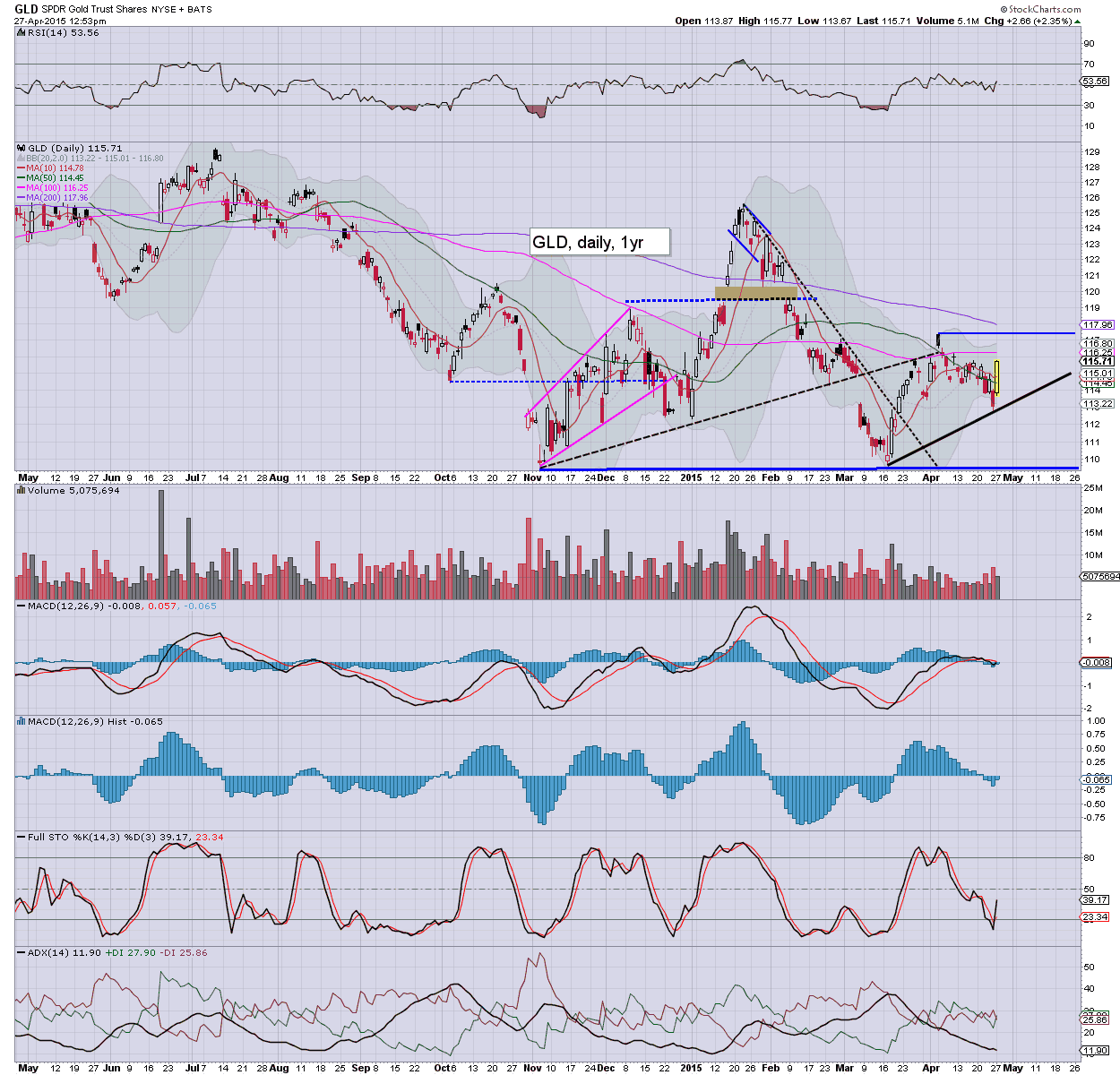 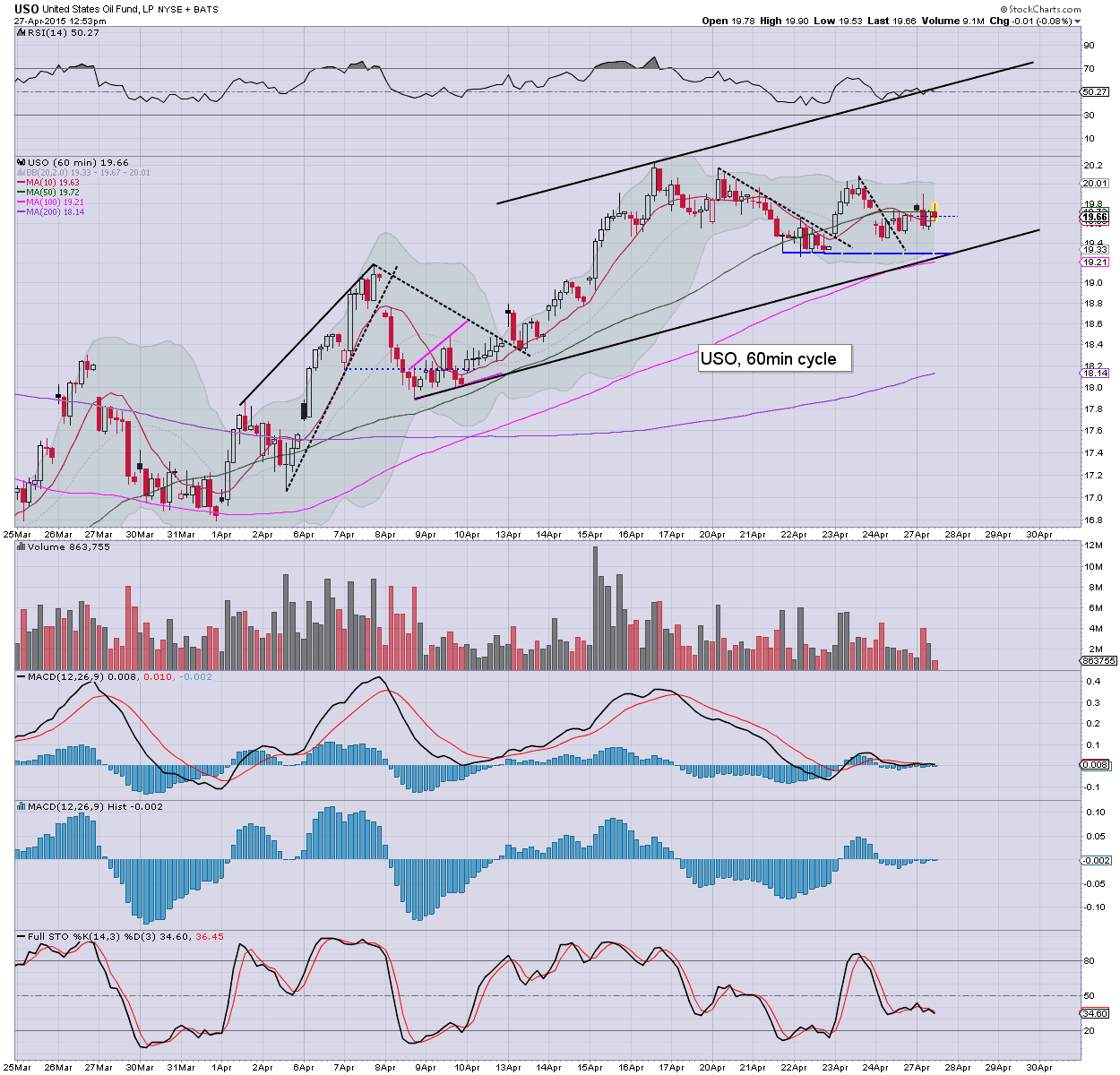 I'm beyond tired of seeing borderline hysteria on any down swing of 0.5%.. its frankly lame.

We're now at the stage where if the market is not breaking a new historic high every few hours, the top callers have the guile to crawl out of the trenches.

Incredible denial... and no doubt, it will only get worse. 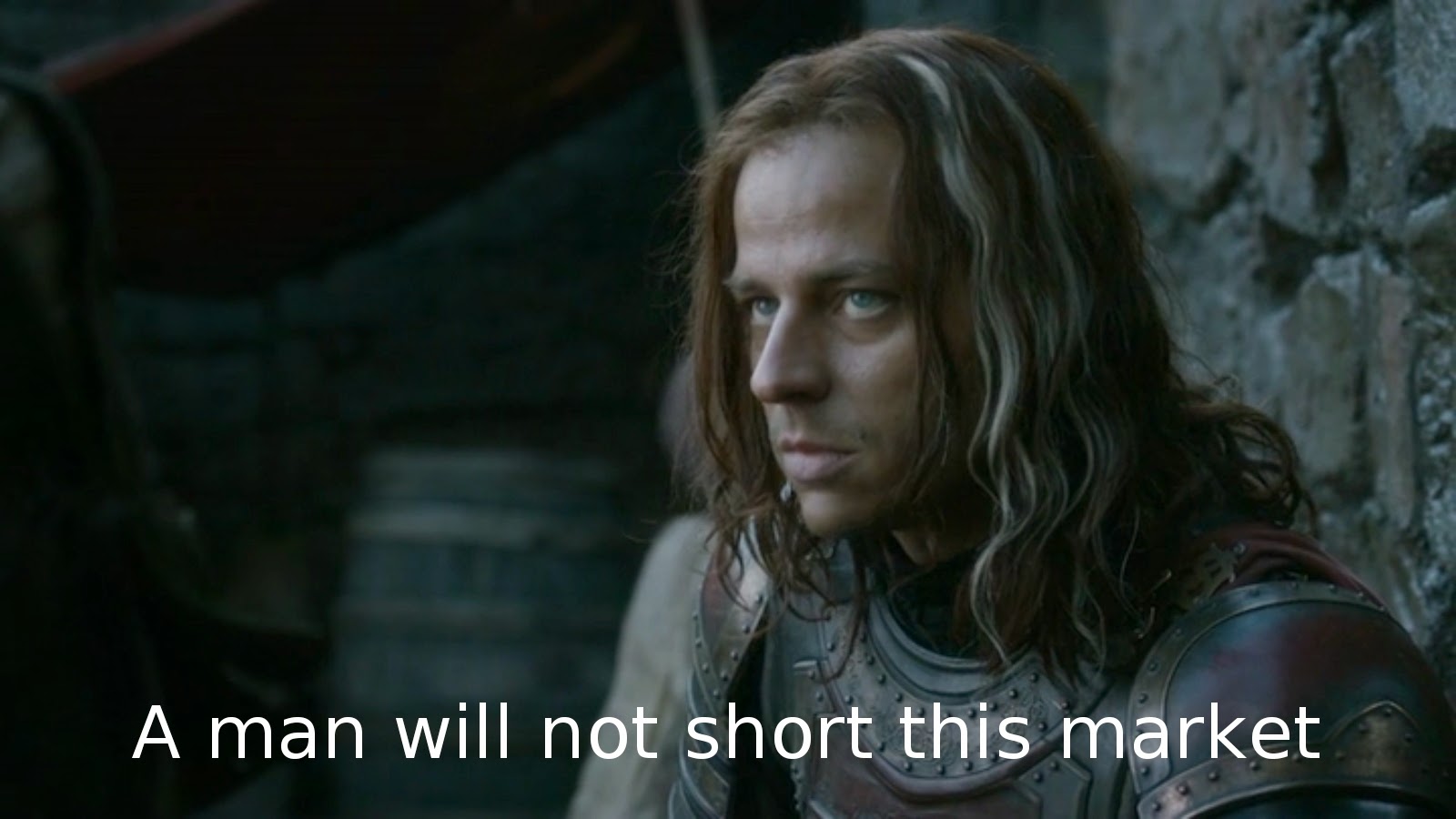 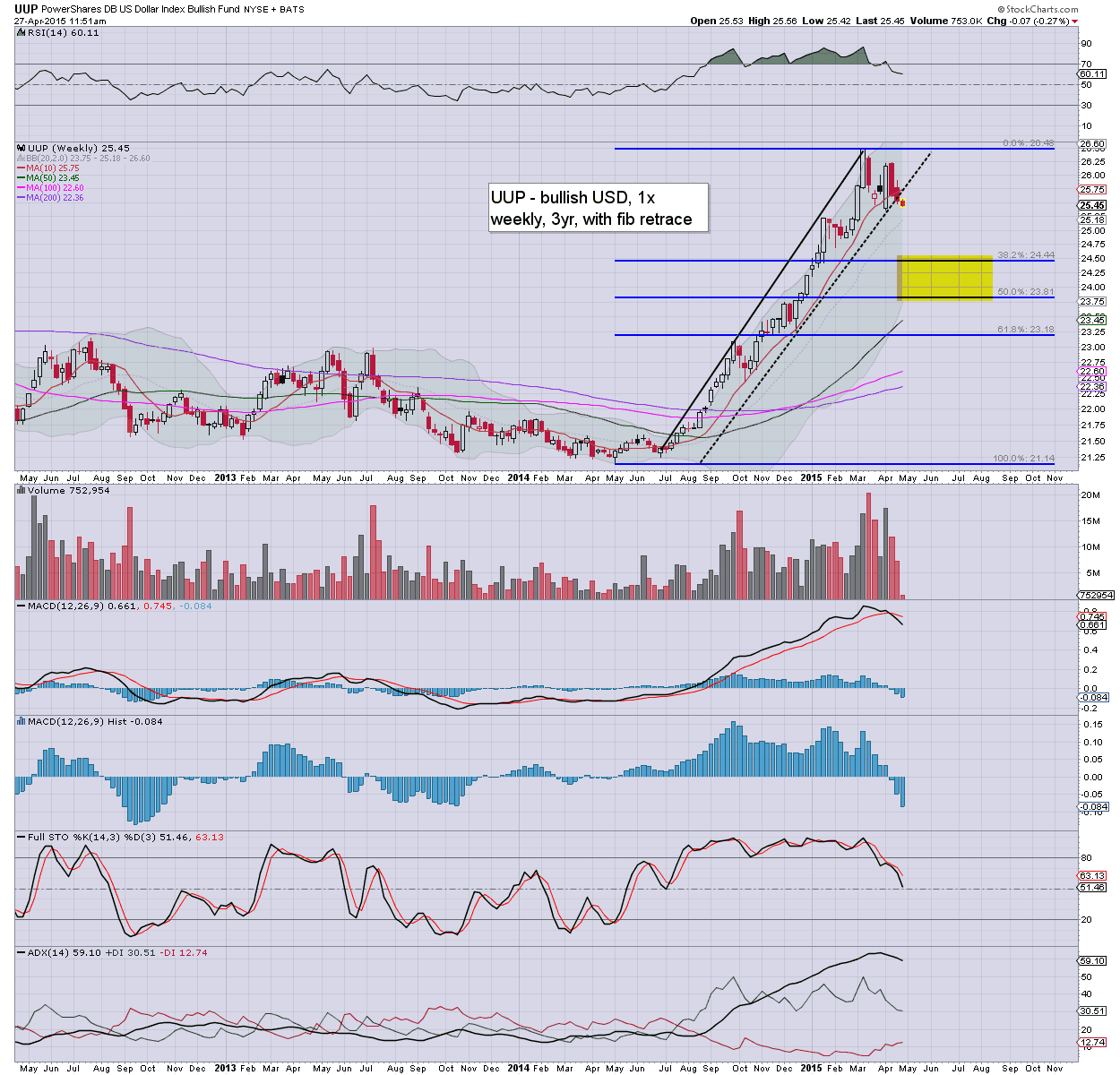 *the break in the USD should be clear to anyone by now. USD looks headed for DXY 93/92 within the next month or two. For me, the only issue is whether the retrace is a little faster..  or even sharper... to 90/89.

Under no outlook do I see a move back below the breakout level of 87s. USD looks set to resume higher this year.. to the 120s.. which would likely cause at least some degree of market upset.

For now, its merely a case of equity grind.. to the upside.

Whilst the broader market remains holding moderate gains, the Nasdaq comp' has notably come within a mere 13pts of the tech bubble high of 5132. A key break through looks inevitable.. opening up 6-7k. Metals have built significant gains, Gold +$22.. whilst Oil has turned lower, -0.3% 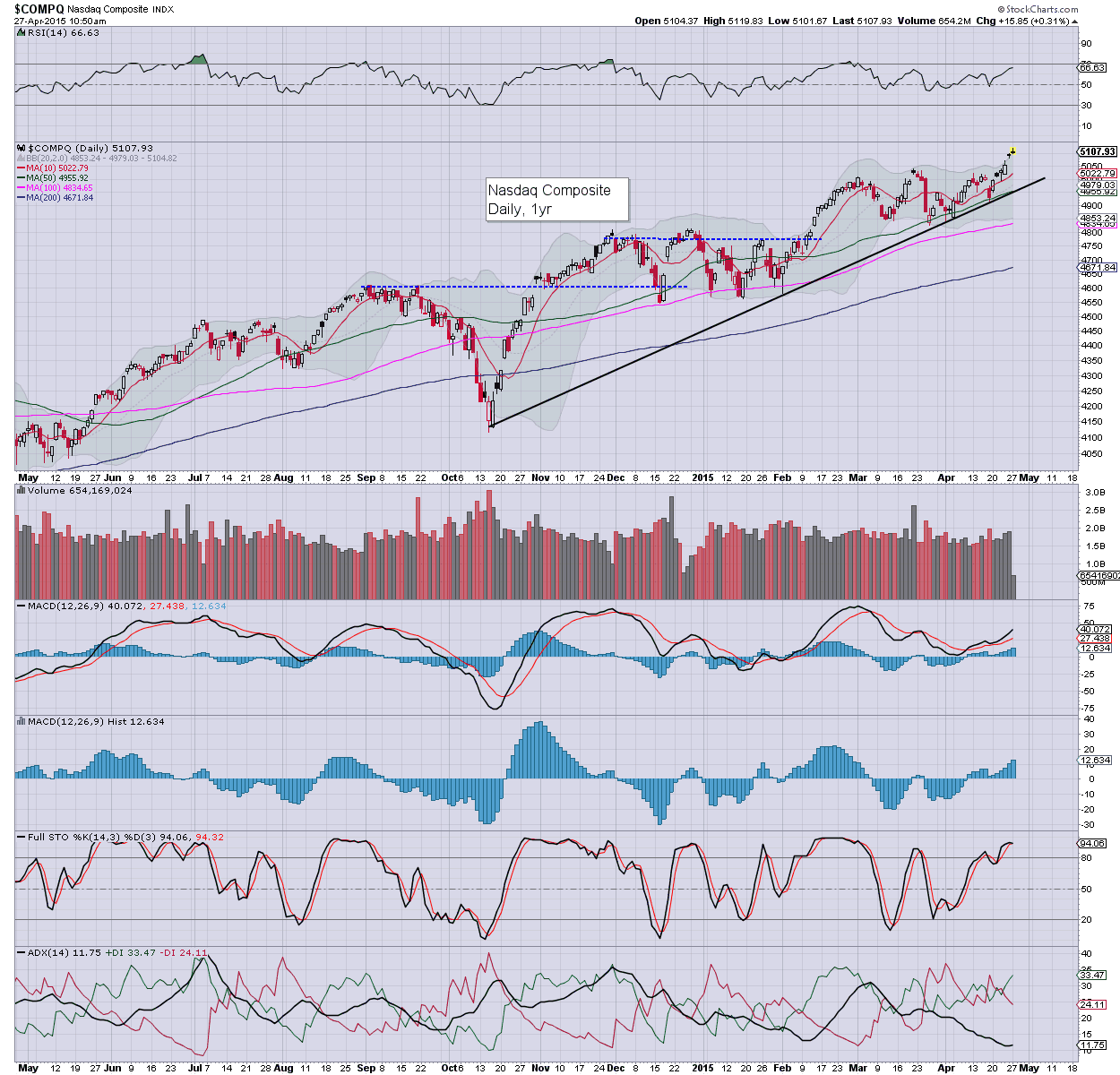 It remains somewhat bemusing to me how few are taking much of this seriously. A break of 5132 is viable today... and looks a certainty this week.

From there... it'll be interesting to see what targets start to appear in the mainstream for the Nasdaq.. and indeed, the broader market. Upgrades look due.
-- 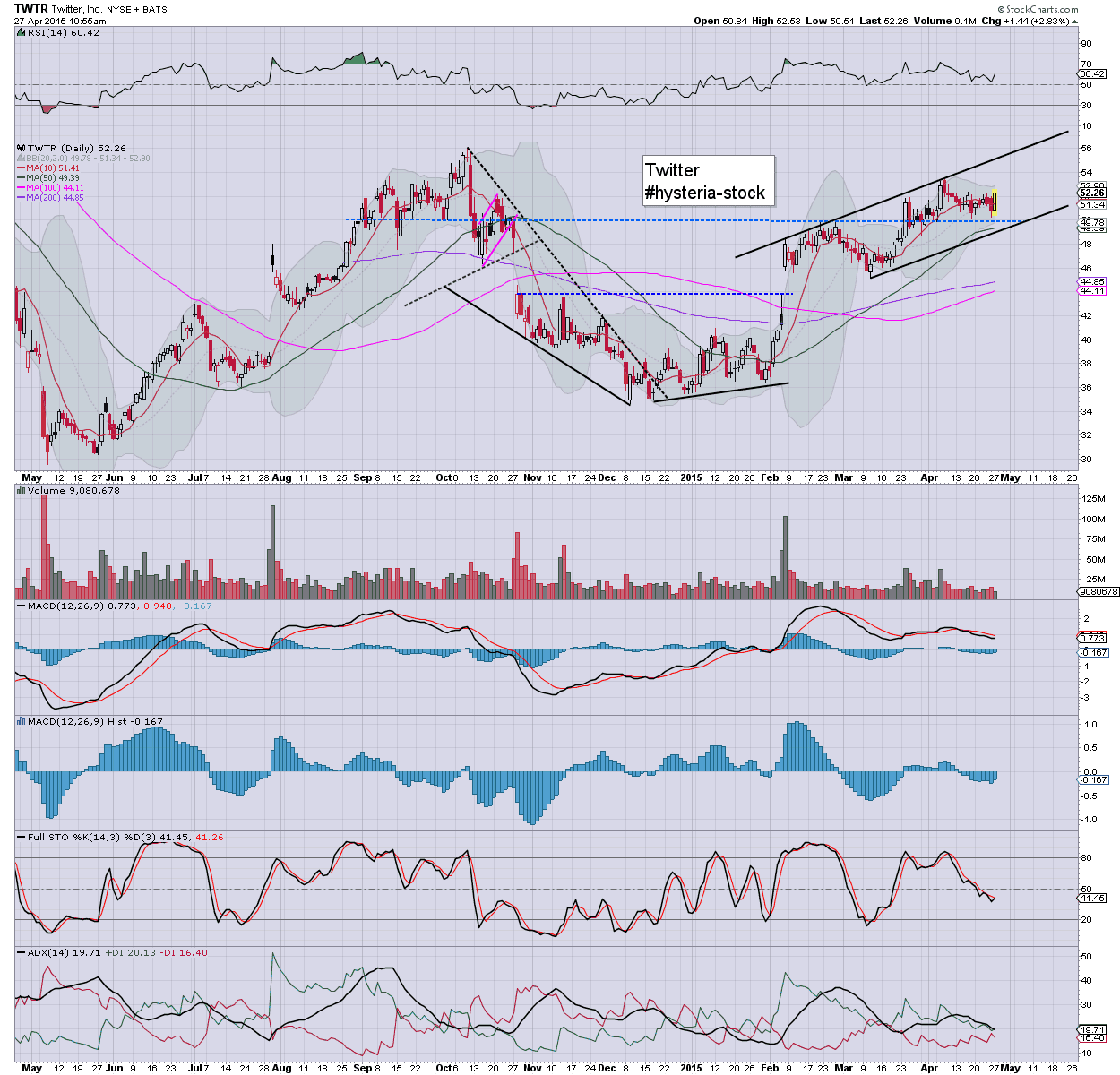 Earnings are due at the Tuesday close.. viable upside to 57/62.
Posted by Trading Sunset at 15:56:00
Email ThisBlogThis!Share to TwitterShare to FacebookShare to Pinterest 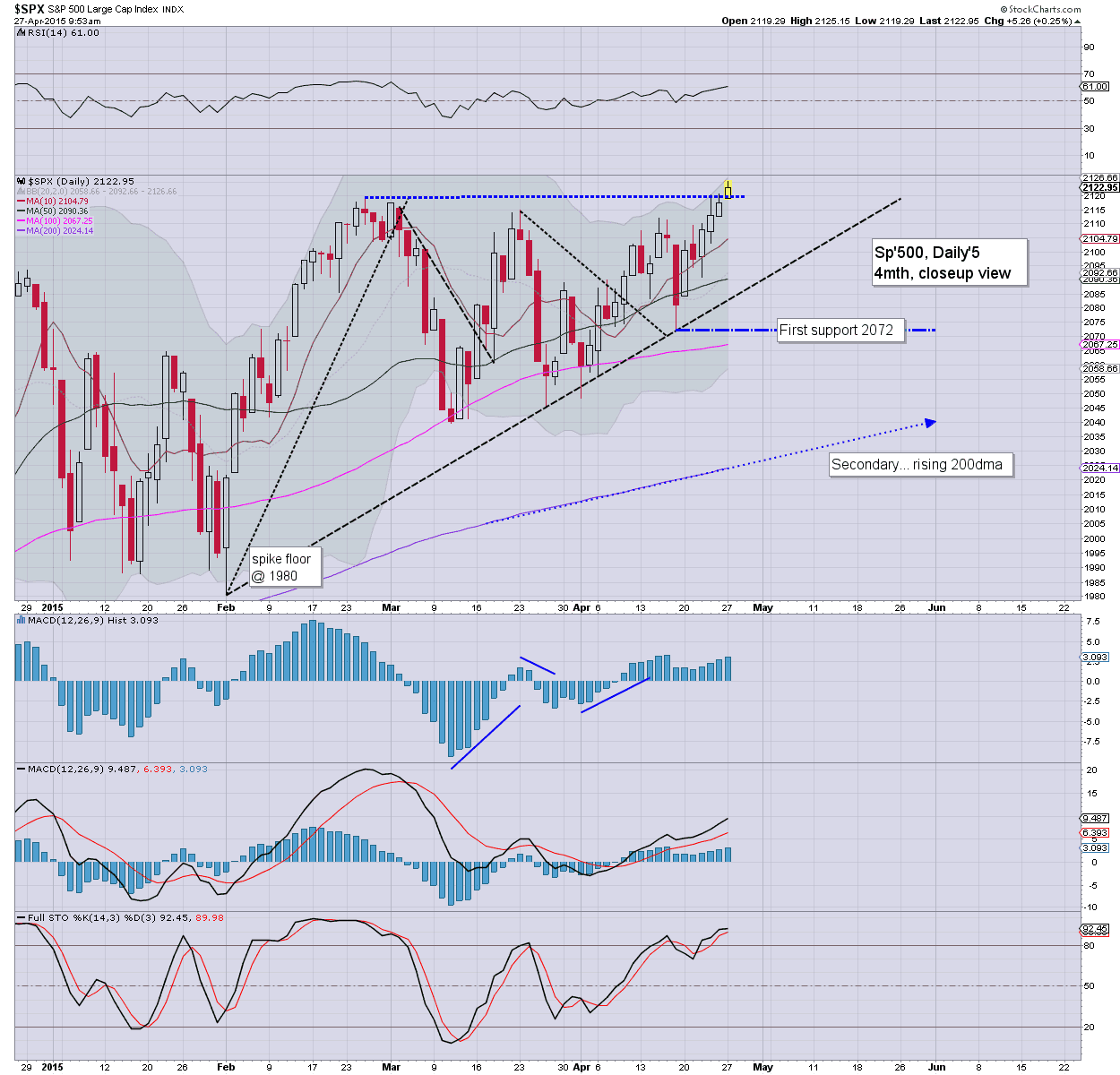 *there is notable strength in the EU markets...  the US markets are relatively lagging a little.
-

The underlying upward pressure continues, and it'd seem consensus is starting to believe no rate hikes this year. I shall hope that is not the case. 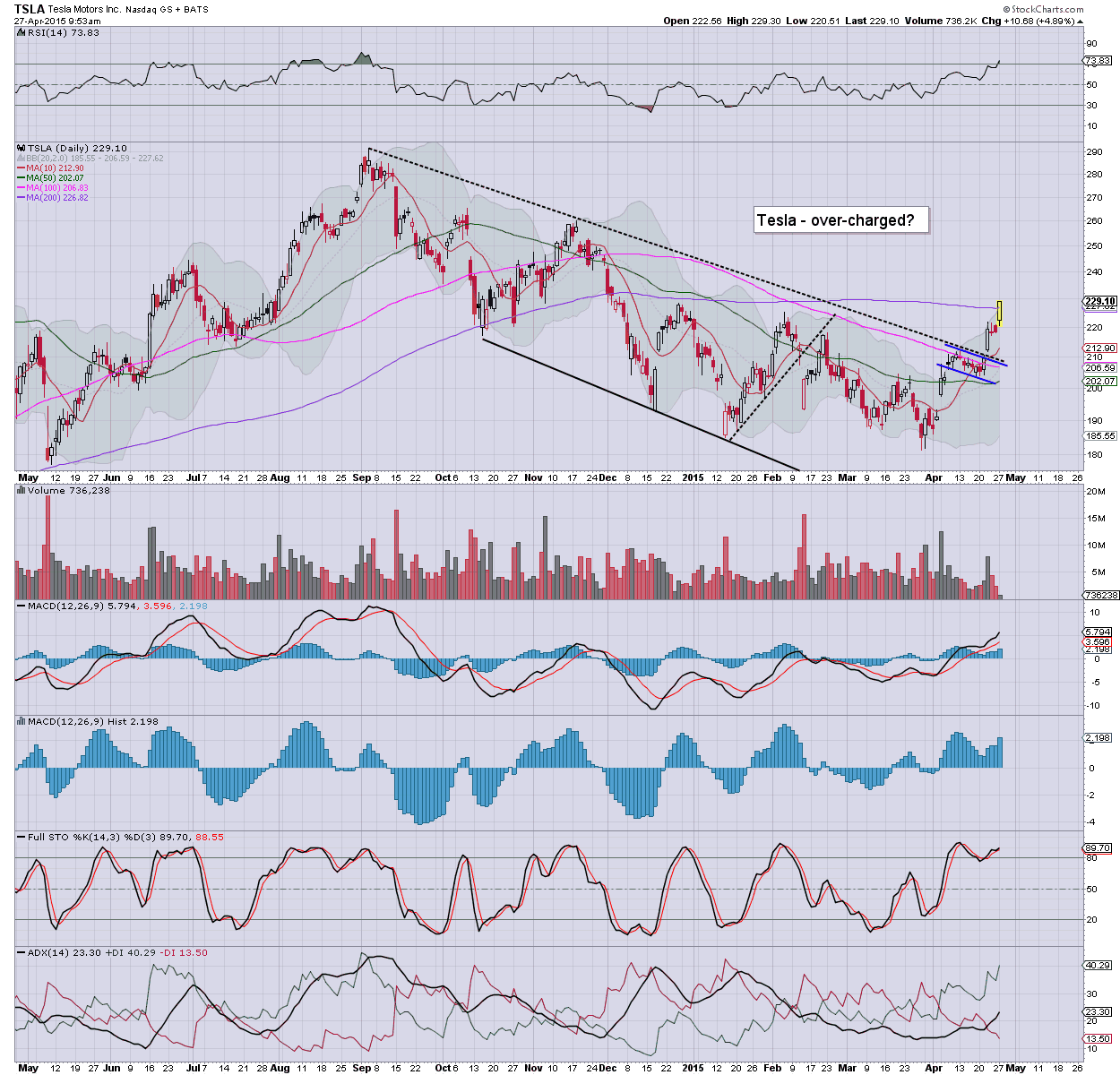 Clear break of the 200dma... next upside target is $250/60.. looks pretty easy in May.
-
Posted by Trading Sunset at 14:54:00
Email ThisBlogThis!Share to TwitterShare to FacebookShare to Pinterest

Good morning. Equities are starting the week a little higher, sp +5pts, we're set to open at a new historic high of 2122. Metals are bouncing, Gold +$7, with Silver +0.8%. Oil is set to open -0.2%, but holding within the large upward trend. 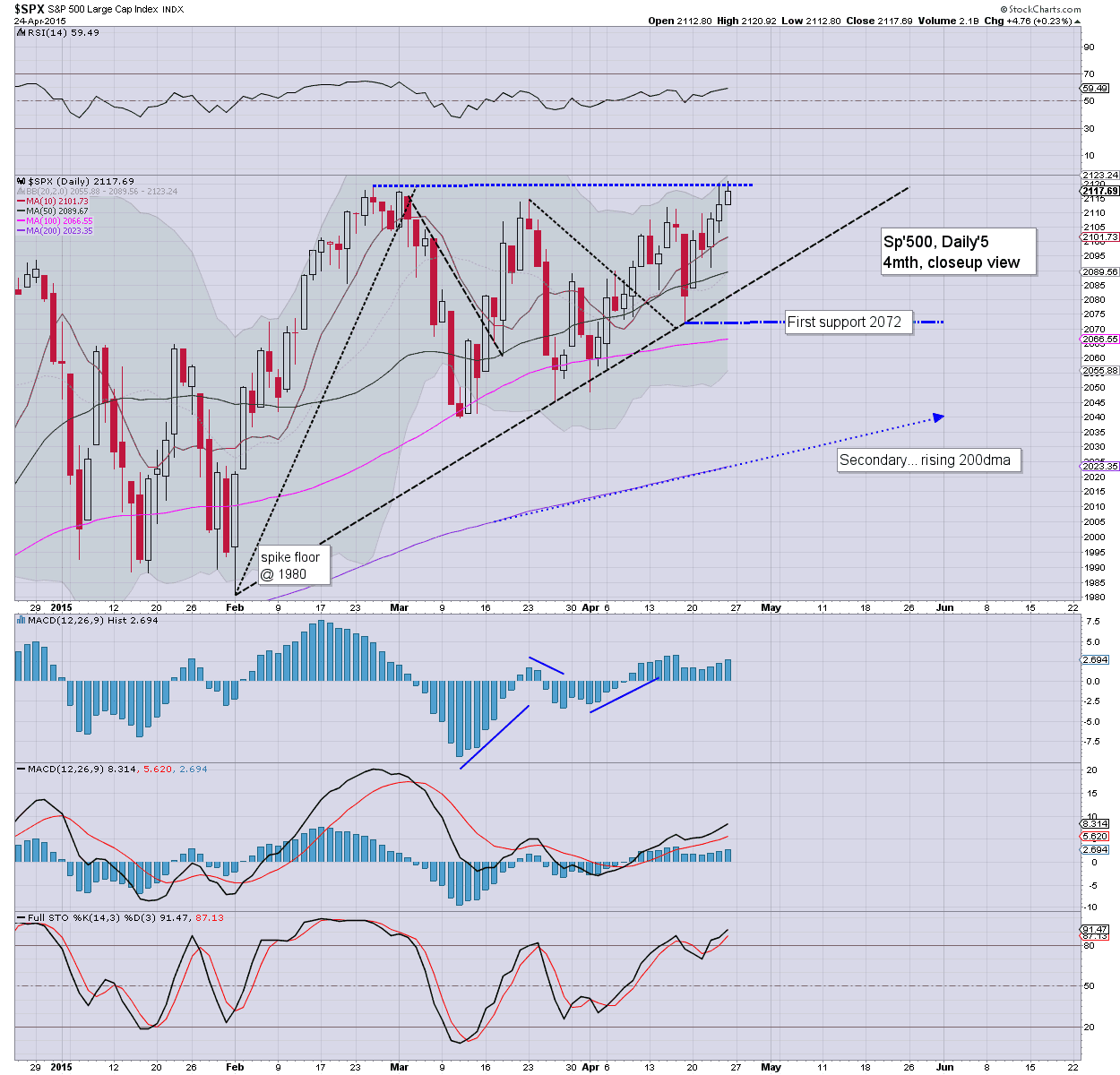 So... another new week begins. There is little reason why we won't end April (May is this Friday) in the sp'2130s.

Biggest issue this week will be the FOMC announcement on Wednesday, but that shouldn't hold bear any surprises.

China had a strong day, settling +3% in the 4500s, that now makes for a monthly gain of around 20%. The giant 5k threshold is within reach by late May/early June... pretty incredible. A 20/30% pull back - back to 4000/3500 remains a high possibility, but really, who wants to dare step in front of that freight train?


--
Good wishes for the week ahead!
Posted by Trading Sunset at 13:12:00
Email ThisBlogThis!Share to TwitterShare to FacebookShare to Pinterest
Newer Posts Older Posts Home
Subscribe to: Posts (Atom)