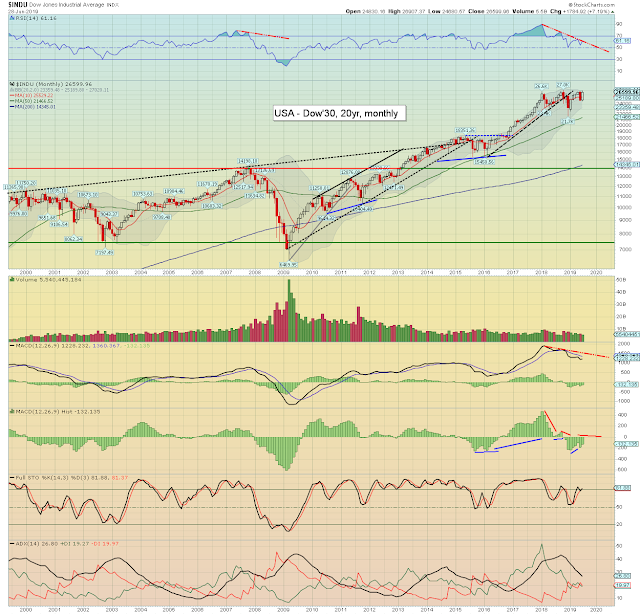 A bullish month, quarter, and first half of the year for the Dow and other US indexes, but broadly stuck since early 2018. 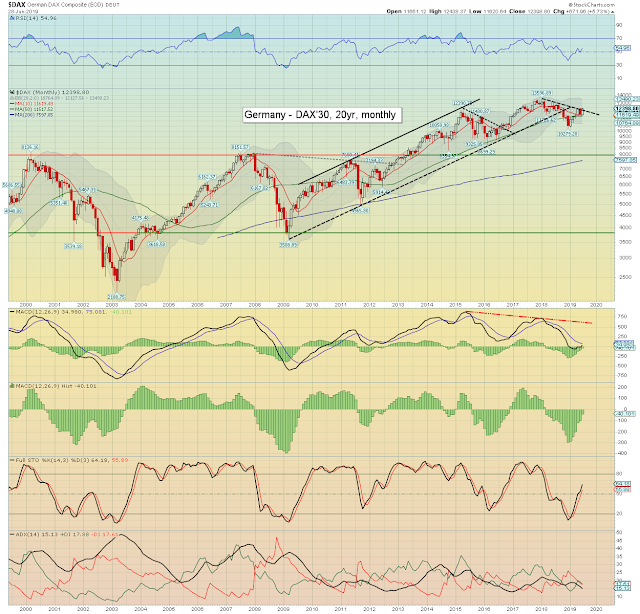 The economic powerhouse of the EU - Germany, saw the DAX settle +671pts (5.7%) to 12398, the highest monthly settlement since July 2018. Price momentum continues to tick back upward, and is set to turn positive with the July 1st open.

The German economy is clearly struggling, borderline recession, as reflected in the German 10yr bund, which printed -0.3% this June. With rates set to remain repressed all the way into mid 2020, the pressure will continue on the German/EU financials, not least the ticking derivatives time bomb of Deutsche Bank. Whilst there is chatter of the garbage being excised to a 'bad bank', for now... that's all it is... chatter. 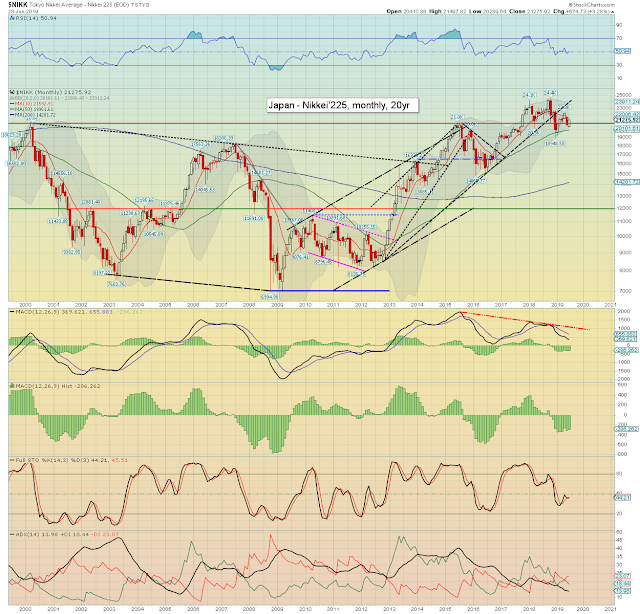 The Nikkei settled +674pts (3.3%) to 21275, and whilst this was back above key price threshold of 21k, this was still under the key 10MA. Monthly price momentum remains significantly negative, with a monstrous technical divergence that stretches back to mid 2015. The Japanese bulls need >23k to be confident, whilst the bears should be seeking a break under the Dec'2018 low of 18948. 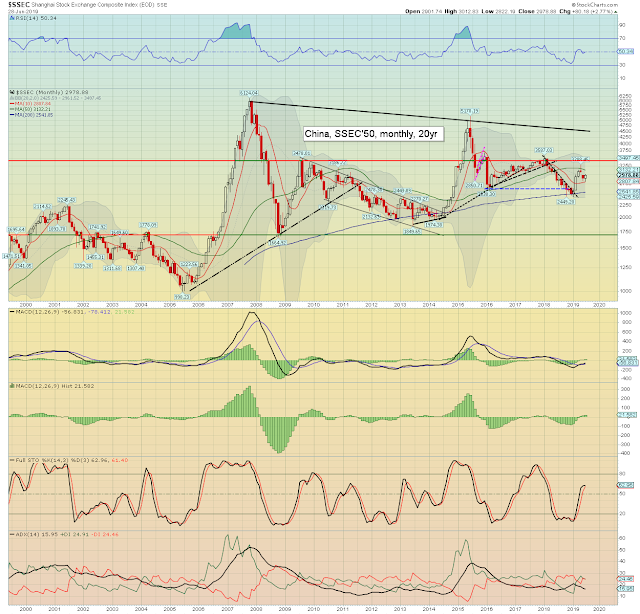 The Chinese market settled +80pts (2.8%) to 2978. Note the spike floor from around the key 10MA. Whilst price momentum is fractionally net positive, the China bulls need to see a break above the April high of 3288, to have confidence for the second half of the year. 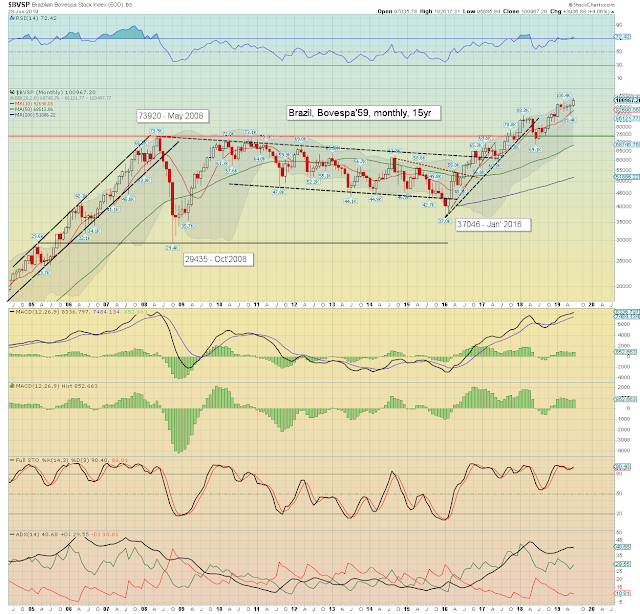 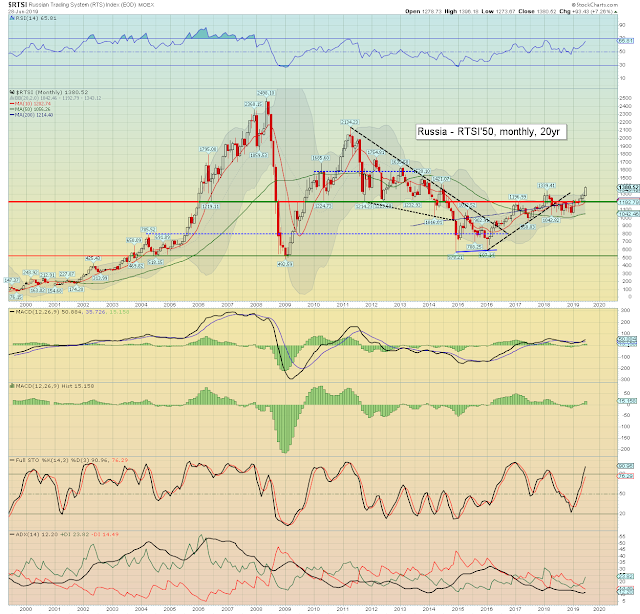 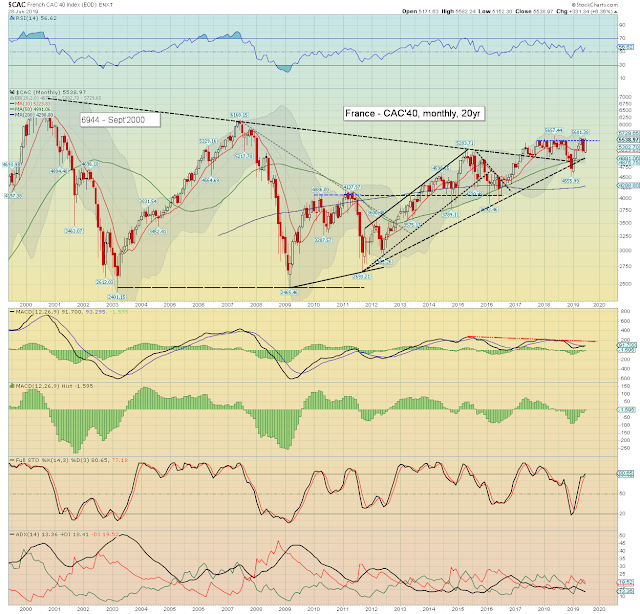 French equities gained 331pts (6.4%) to 5538. The June settlement is around a very key price  threshold, and the situation is indeed 'borderline'. A break >5700s would be decisive, whilst the bears need to settle back under the key 10MA in the 5200s. 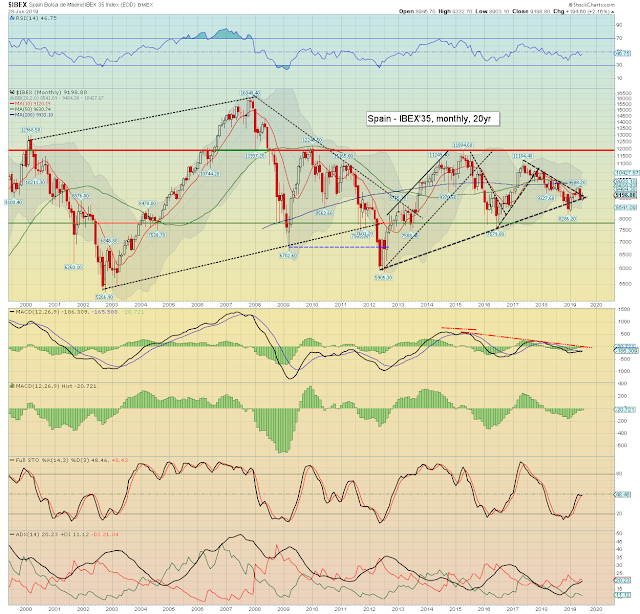 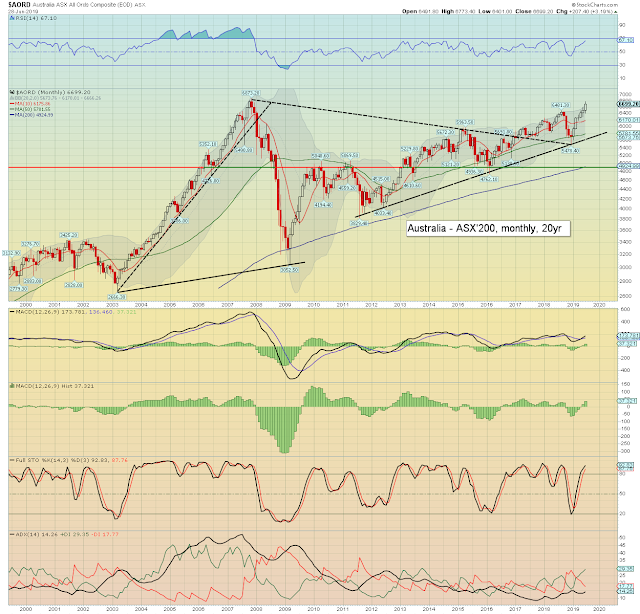 Australian equities climbed for a sixth consecutive month, settling +207pts (3.2%) to 6699. The Nov'2007 historic high is just another 174pts (2.6%) to the upside. Higher commodity prices would help, and a cooler USD would aid that. 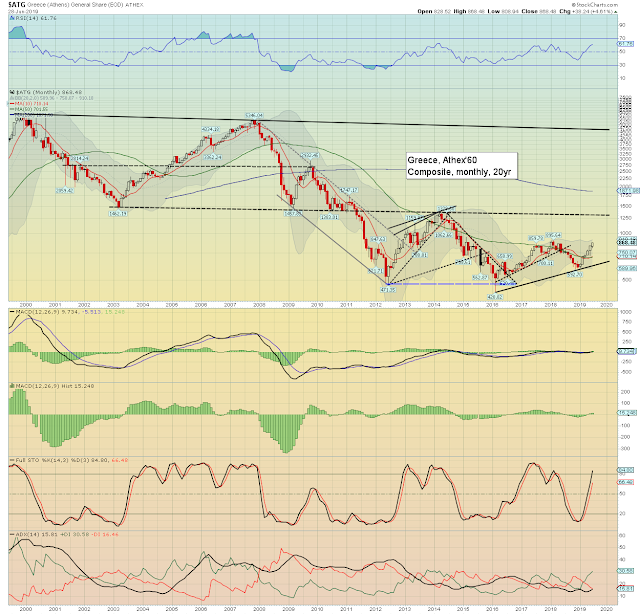 Russia and the USA lead the way higher, whilst China and Spain lagged.

Of the ten markets, nine are above their respective monthly 10MA, the exception being Japan.
--

Earnings: none of any importance.
--

Whilst June ended on a positive note, there are clearly many issues out there, not least the ongoing trade/tariff drama between the US and China. As of Saturday afternoon, it appears Trump has partly conceded to the Chinese, but broadly... the uncertainty remains.

We have the bond market continuing to sound alarm bells, as we are seeing increasingly weak econ-data, such as Friday's Chicago PMI, which was an outright recessionary 49.7%.

The fed are clearly set for rate cut'1 of -25bps to 2.00/2.25% this July 31st, and I'd guess they will bring forward the end date for QT from Sept' to end July. Again, whilst the mainstream cheerleaders will naturally see such a rate cut as bullish, that really shouldn't be the case.

With the econ-data and earnings set to deteriorate in Q3, how long until Cramer et al start crying for Powell (or his likely successor - Bullard) to spin up the printers?

In any case, we're half way through the year, but the really bizarre thought... the 2020s aren't far away now! Where are the self-driving flying cars, replicators, or sentient computers?

--
If you value my work, subscribe to my intraday service.
For details/latest offers: http://permabeardoomster.com