A shadow after 25 years

US equity indexes closed moderately weak, sp -2pts at 2412. The two leaders - Trans/R2K, settled lower by -0.1% and -0.8% respectively. VIX settled Near term outlook offers a minor down wave to 2404. Broadly, the 2500s appear a valid target for September. 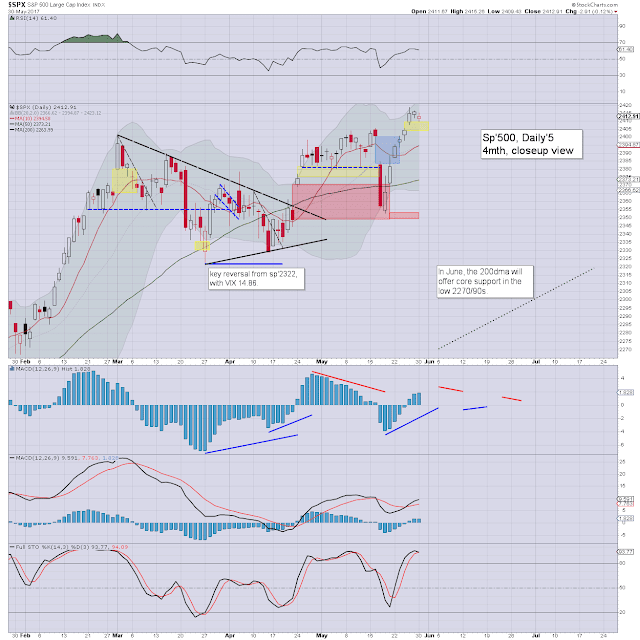 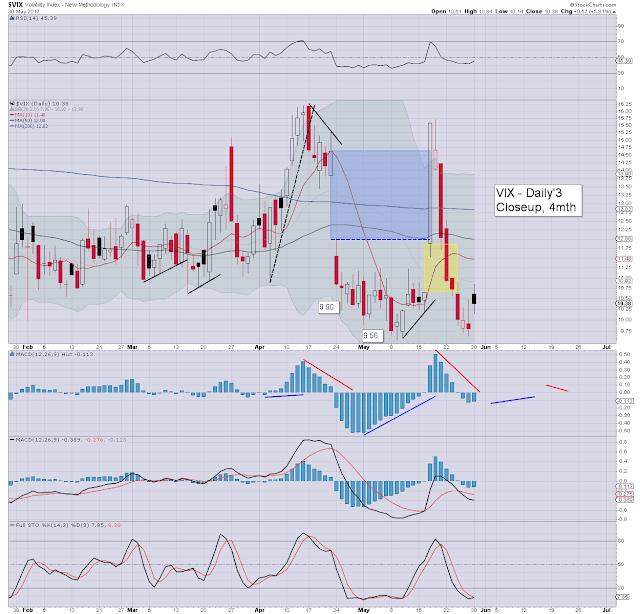 It was a subdued day for the market after a return from the long weekend. A little wave to sp'2404 seems probable within a day or two.. before renewed upside to the 2420/30s by mid June.

Market volatility remains very low, the low teens look out of range this week, unless some daily closes <sp'2400, and that simply looks unlikely.
--

Spring 1990, I was a mere 16yrs of age, and 'Twin Peaks' first aired in the UK on BBC2. It was a truly influential show, garnering massive attention. The pilot received a monstrous US viewership of 34.6 million, with around 8 million in the UK. After considerable 'network' meddling, Gulf War (part 1), and Lynch being ground out of his own show, viewers rapidly walked away.

The second season wrapped in June 1991, with episode 29 'Beyond Life and Death'. 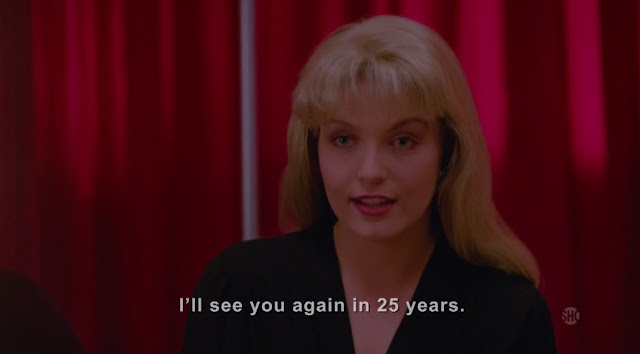 Laura told Dale that she would see him again in 25 years. At the time I had many thoughts, not least 'will I even be alive in 2016?' Would I be married, children, or living within some kind of post 2012 apocalypse?

Across the next quarter century, life took me in many directions that I had not expected, although I realise many might say that.

When David Lynch announced that there would be a season three of Twin Peaks, it was one of the few times when I once again felt that the universe had some surprises left within it.


Seeing Kyle MacLachlan with Sheryl Lee again, was beyond amazing. Most people can't cope with 'surrealism' though, and the new series was always going to be for an extremely niche audience.

As the credits rolled to last week's opening pair of episodes - to the most beautiful 'Shadow', I actually started to wonder if I do have a future worth fighting for. Maybe.

The final pair of episodes for season 3 are scheduled for early September. Twin Peaks was an unfinished project for Lynch, and I think its likely that he will have conclusively wrapped up the story. I don't expect a fourth season, nor another 25 year wait!
--