Grey skies for the equity bears 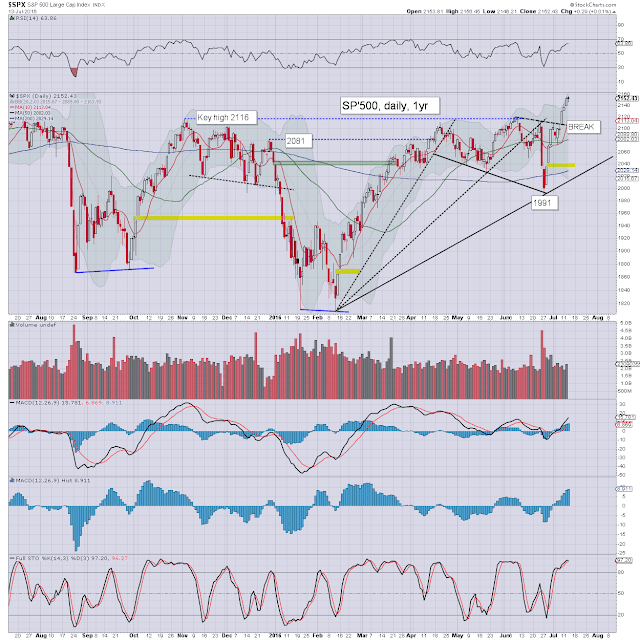 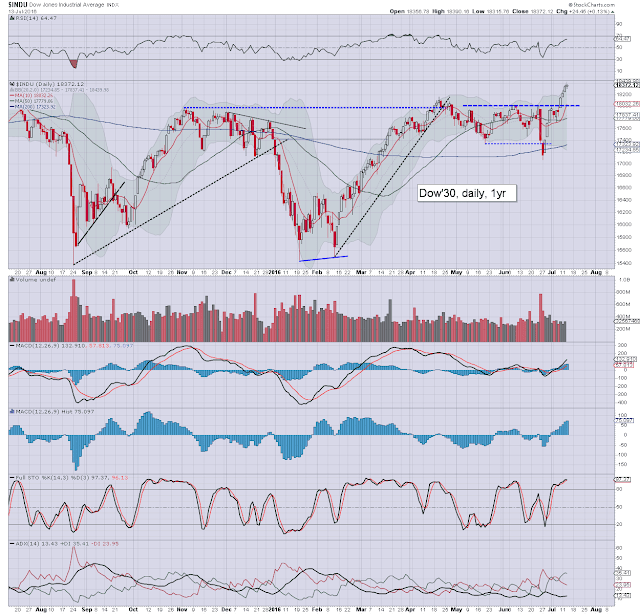 
This is the ongoing mantra from 'some'.


I can imagine given another month or two we'll have...

-Err... so we're in the sp'2200s, but its not sustainable, the market is still vulnerable to a massive crash

--
Its perhaps obvious to say, but the new historic highs are NOT bearish, and for those that disagree.. go stare at the following for an hour... 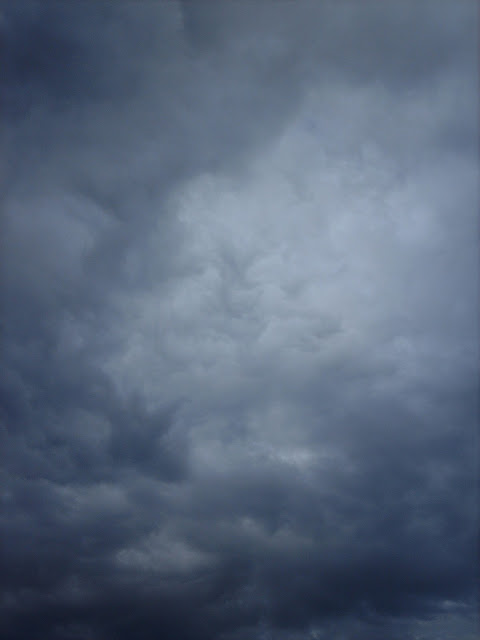 There are no blue skies in sight for the bears. We have seen the sp'500 lead the way higher. The Dow has followed. The Nasdaq is next in line (>5231).

There seems zero point in launching any short-side positions unless there is a break of rising trend - which for the sp' will be around 2040 in early August.

How high could the market climb in this multi-month wave - from the Jan/Feb' low (confirmed via the new historic highs) ? I'll look at that another day.

In any case... if you're still bearish, maybe go stare at the above picture for another hour. There is no sunshine there for you.