The Fed are scared 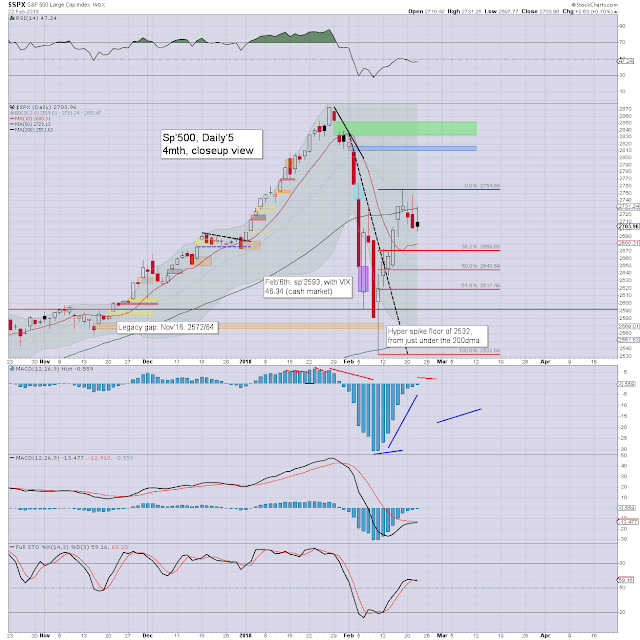 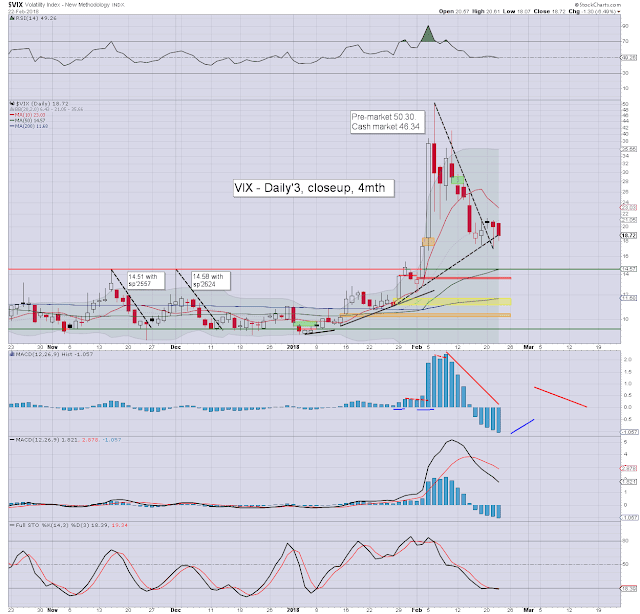 The day began with the Federal reserve wheeling out Bullard, aka.. the 'bane of the bears'. 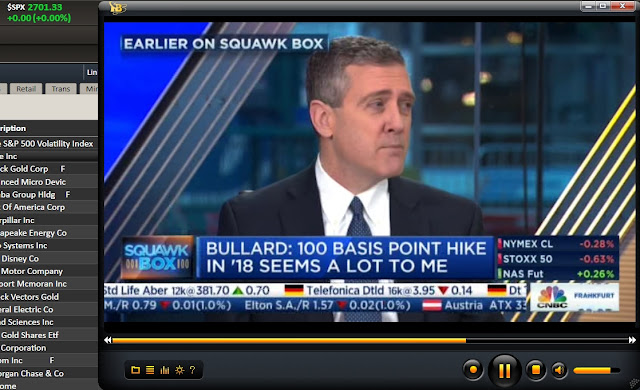 A fair question is... how far ahead was this scheduled? I honestly have no idea. Regardless, Bullard was obviously trying to quell market concerns that the fed might raise four times this year.

There is no doubt the fed are doing what they can to calm the equity/capital markets. I can't blame them, as they are clearly scared that equities might unravel into early/mid March. If that was the case, then they would not hike. No hike this March 21st would be a disaster, as the broader capital US/world capital markets would be monstrously spooked on the notion of 'what terrible thing has happened?'.

Fed chair Powell is due before the US house next Wednesday, so if the market does unravel across the next few days, the bulls will have the CEO of Print HQ to 'inspire' things back upward.

--
Note today's black-fail candle in the sp'500, with a spike from around the 50dma. This is the third consecutive failed rally to break/hold the 50dma. Its arguably VERY bearish for the s/t. Basic target of 2670/60s looks pretty easy, and in theory, should be seen tomorrow.

VIX: a second day lower, but its notable that the VIX remains relatively elevated. Just consider that last year saw a momentary peak in the 17s, whilst the upper teens are currently a floor. A jump to the 25/30 zone is very viable within 1-3 days.
--


We only have four trading days left of the month... 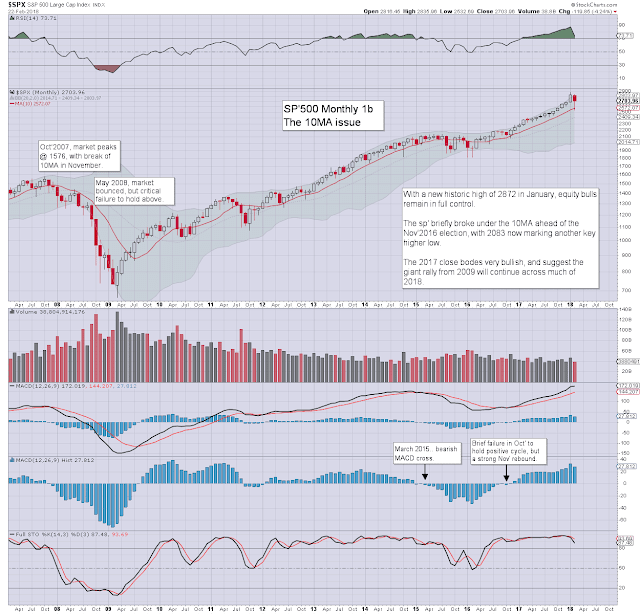 We're still holding above the key 10MA, and on any realistic outlook, that will remain the case into next Wednesday's monthly settlement.
-- 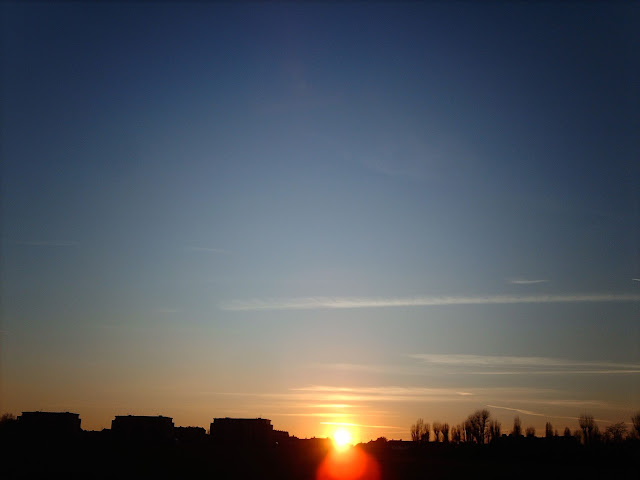