September was a rather brutal month for most world equity markets, with net monthly declines ranging from -7.9% (Japan), -5.8% (Germany), to -1.5% (USA - Dow). The notable exception was the economic basketcase of Greece, +4.8%. The mid-term outlook remains broadly bearish. 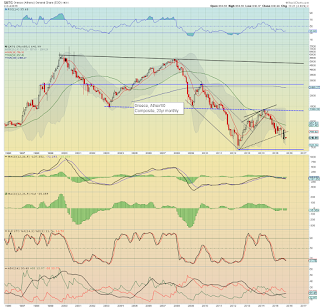 The Athex was the anomaly in September, with a net monthly gain of 4.8% @ 654, although relative to previous monthly price action, the gain was relatively minor. First resistance is the 10MA in the 750s. There remains high threat the summer 2012 low of 471 will be tested and broken under. 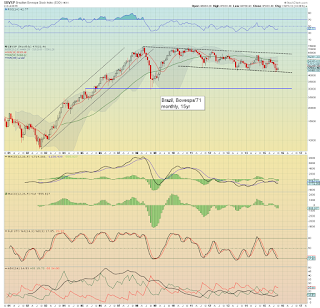 The Bovespa saw a rather sig' decline of -3.4%, with a Sept' low of 43766. Key support is around 43k, any sustained action under 41000 would open the door to a severe collapse to the 30k threshold. It is very notable that the Brazilian market has been essentially stuck for the better part of six years. 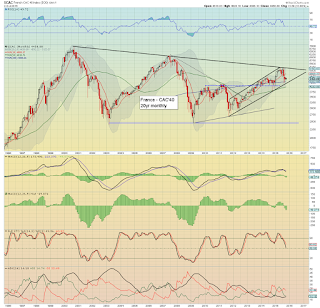 The CAC declined -4.2% in September, with an intra low of 4278. Key resistance is the 10MA in the 4800s.. whilst next downside target will be the big 4K threshold. Underlying MACD (green bar histogram) cycle ticked lower, and is now at the lowest level since Jan'2012. 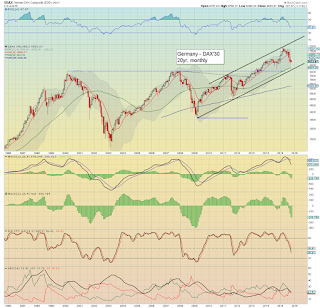 The economic powerhouse of the EU - Germany, saw the DAX slide by a very significant -5.8%, with a new multi-month low of 9325. Next key support is not until rising trend of 8500.. with core support at the old double top of 8000. If there is a bounce across Oct/Nov, the 10MA will likely hold the DAX around 10800/700s. Underlying price momentum is the weakest since May 2009. 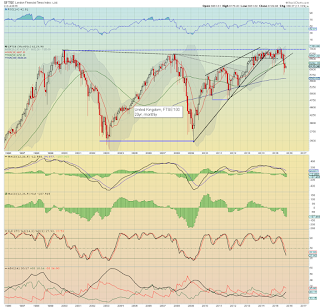 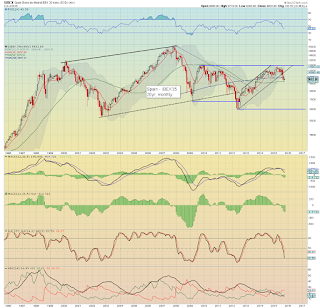 The biggest and most problematic of the EU-PIIGS - Spain, saw the IBEX net lower by -6.8%, with a new cycle low of 9231, the lowest level since Dec 2013. The big 12K threshold remains key resistance.. with core support around 8K. 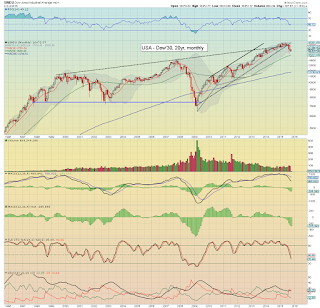 The US equity market held up relatively well, with the mighty Dow seeing a net monthly decline of only -1.5%. There will be key resistance in the 17000/17300 zone for the rest of this year, where the 10MA is lurking.

Regardless of any near term upside across Oct/Nov, next downside target will be the 14300/000 zone.. where the old high from 2007 is. I am of the view that the US Federal Reserve would not have the audacity to initiate QE4 until at least a market correction to Dow 14K.

The May high of 18351 looks out of range until late spring 2016 at the earliest.... and that is assuming the market can re-take the monthly 10MA within the next 3-6 months. 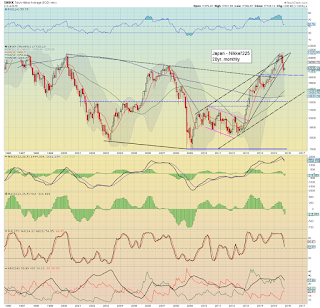 Despite the continued support from the BoJ, the Nikkei slid a powerful -7.9% in September, the second consecutive decline of this magnitude. First resistance is around the 19K threshold.. where the 10MA is lurking. From there.. further downside to at least 16500.. and probably the 14000s. 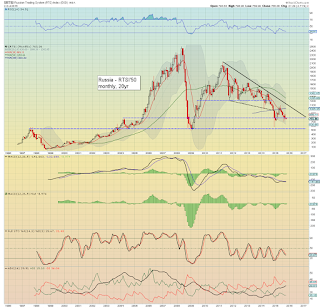 With weak energy prices, the Russian market saw the fifth consecutive net monthly fall, -4.6%. First resistance is the 875/900 zone. Sustained action above the giant 1k threshold looks unlikely for the remainder of the year. Indeed, there remains high threat of another foray into the 600/500s, before opportunity of a rally in 2016. 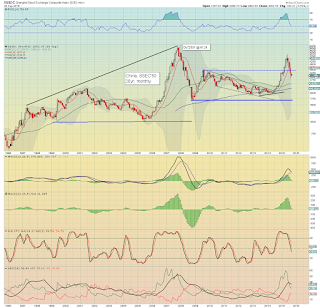 As another month has concluded, world equity markets are increasingly bearish. Ignoring the anomaly that is Greece... many indexes broke multiple support levels, opening the door to continued broad weakness into next year.

Clearly, the US Fed's dithering on raising interest rates has caused all sorts of ricochet effects around the world capital markets, and there now appears increasing economic weakness.. even in the US.

There isn't too much of significance scheduled next week.

*there is a light sprinkling of Fed officials across next week... but no Yellen or Fischer.
--

The Friday hyper-ramp from sp'1893 to 1951 was again testament to the 'no rational reason for it' price action that can happen in the US equity market. For many, this type of price action is overly wild... and makes even short term trading really tough... if not untradeable.

*I hold short into next week, DIS, GE, and long-VIX... seeking an exit in the 1870s...or lower. If however the market keeps pushing higher, I'll have to close out for a sig' loss.

Without question, it was a particularly tough week for traders, culminating on Friday, with an intraday hyper swing from sp'1893 to 1951. It was notable that the two market leaders - Trans/R2K, saw net weekly changes of -0.8% and +0.3% respectively. 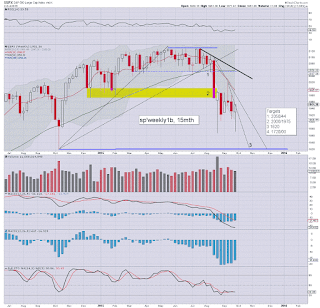 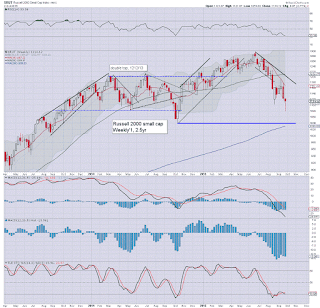 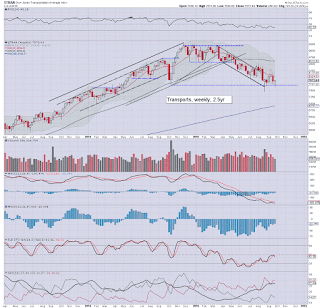 The weekly equity candles are offering very bullish spike-floors for most indexes. In some cases we have marginally lower lows.. but in others.. marginally higher lows.
-

It has been a tough week, and I shall leave it at that.

Goodnight from London
--
*the weekend post will be on the world monthly indexes
Posted by Trading Sunset at 04:00:00
Email ThisBlogThis!Share to TwitterShare to FacebookShare to Pinterest 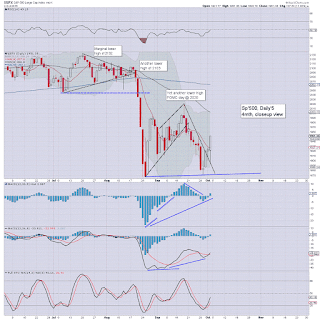 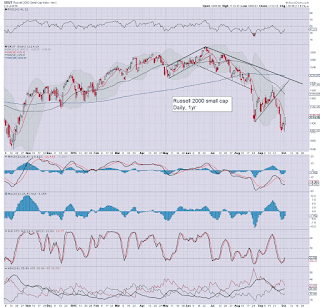 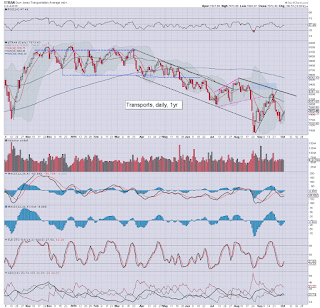 The closing daily candles for Friday are all of the spike-floor variety.. bullish engulfing type... and bode for further upside next Monday.

Broadly of course, the market IS broken - as seen on the bigger weekly/monthly cycles, and lower lows look due in the months ahead.