The Fed will keep burning the bears 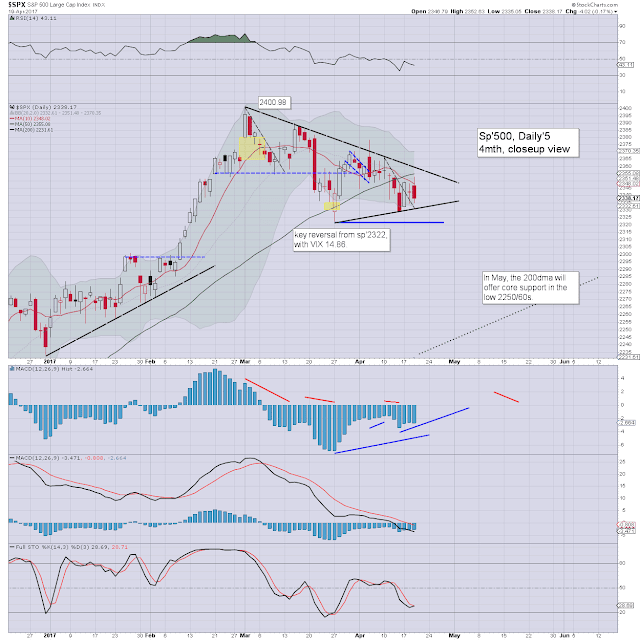 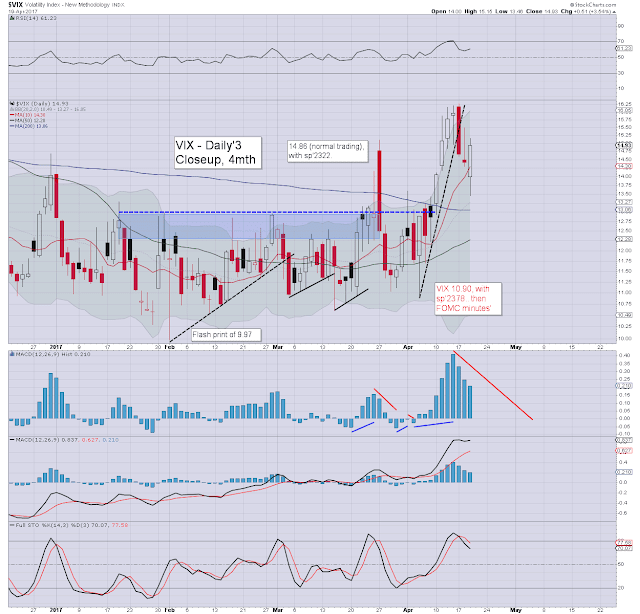 There is little to note, on what was just another day of moderate swings. Price action is set to remain choppy into this Friday's opex. Clearly, the French election (April 23rd AND May 7th) will be a cloud over US equities, as the mainstream are a little concerned that someone 'not conventional' might be elected.

Volatility itself remains naturally subdued, seeing the mid 13s in the morning, but leaning upward into the afternoon, as equities cooled.
--


One of the more kooky videos of the day...

... and that was somewhat in sync with what Fed official Rosengren was speaking about today.

Lets be clear... the Fed will be more than willing to print TENS of trillions in the 2020s to keep the game going. The deflationary collapse scenario will simply NOT be allowed to happen.

Further, it was made clear that with a recession, rates will again be reduced to near zero. The implications for long term savers are of course dire, but hey, when did the fed/societal elite ever care about that?

*For some extra charts in AH, see: https://twitter.com/permabear_uk