A pretty bearish end to the week. Lets take a look at the two outlooks which I noted just a few days ago. There are infinite possibilities of course in this crazy market, but I think the following two broad outlooks are still useful to consider, and can help provoke a few thoughts from both a bearish and bullish viewpoint. 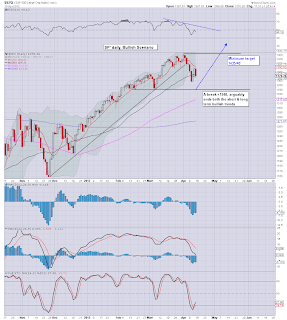 From a cycle point of view, we've already floored, but of course we can remain low for days or even weeks. A break under 1340 arguably wrecks ALL bullish outlooks in the near and mid term. Bulls really need to see a new high sp'1422> preferably before the month ends - that would flip the weekly and monthly cycles back to a bullish trend. 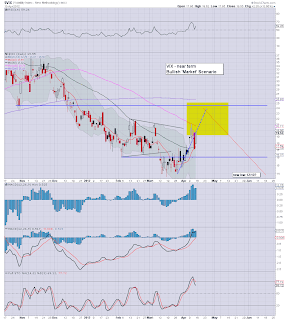 My original VIX target of 24 (which seems to have often been a VIX cycle peak in the last few years), is still some 4% pts away, but that could be attained within just 2 or 3 days.

Right now, the bulls will not want to see VIX break a new high on Monday...a move over 21.00 would open the door to an almost immediate jump to 24- which would certainly equate to Sp'1340. 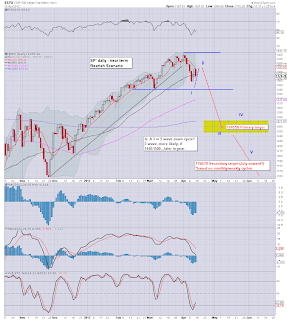 This is arguably a 'doomer' chart, it targets 1270/50 sometime this May, although the possibility - especially if European Bond spreads start to spike, would be a move to 1150, but that would probably take a bit longer..maybe June/July (much like the action in summer 2010). 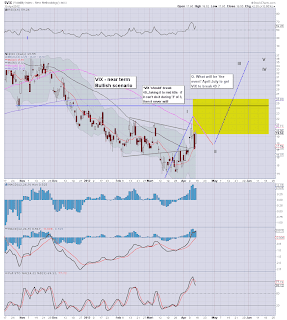 Perhaps the most scary thing for the bulls right now was to see the VIX hold the 10MA on the daily yesterday. With today's significant up move, there is now the real threat of putting in a new VIX high on Mon/Tuesday.

I would still guess that if VIX hits the 24 zone, we'd see some kind of brief pullback, before the VIX explodes into the 40s.

Time for the weekend

That's probably it from me for today. We've seen some pretty dynamic market days this week, I think many will need this weekend to recover. However, there will be more from me over the weekend, especially highlighting the weekly/monthly cycles.

Posted by Permabear Doomster at 23:30:00
Email ThisBlogThis!Share to TwitterShare to FacebookShare to Pinterest 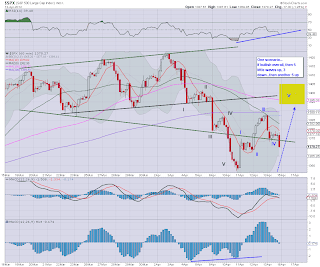 Suffice to say, the blue count should probably be discarded now. Unless we can somehow gap up strongly on Monday (for whatever excuse), the bulls are again in real trouble. If blue'3 is in fact the top of minor'2 UP, then we're now in the early part of 3' down, which would probably take us to 1340. 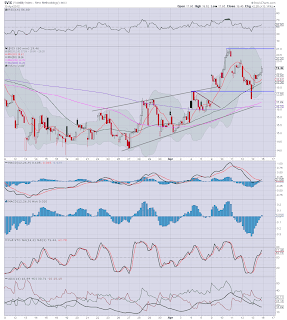 VIX punched back higher in the late afternoon. VIX is now primed for further gains on Monday, either that, or its a huge trap for the bears.

--
More later..on the daily cycles
Posted by Permabear Doomster at 21:58:00
Email ThisBlogThis!Share to TwitterShare to FacebookShare to Pinterest

We've seen a pretty reasonable Friday morning washout. All the weak bulls were kicked out, and a new group of bears sucked in - hoping to chase it lower into next week.

I still believe -primarily based on the daily cycles, we are headed UP. Primary target remains 1395/1405...probably no later than next Wednesday. 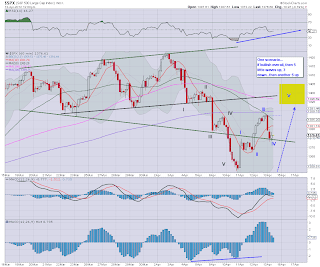 The blue count is just one of many valid ideas out there. If we are getting one final 'large wave'5' UP, then such a wave would perhaps be comprised of 5, 3, 5, something like that.

See the following chart, for a reminder on what a bullish weekly outlook might be. 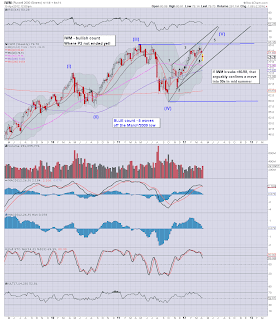 *There is still a slight possibility we close positive today, but the depth of the morning pull back was more than I had thought.

More later...probably after the close.
Posted by Permabear Doomster at 17:03:00
Email ThisBlogThis!Share to TwitterShare to FacebookShare to Pinterest

A little initial sell off, to be expected after 2 pretty strong up days. I'd guess we cycle back up later in the day, and its easily possible we close minor green, maybe 0.25/0.35% up. 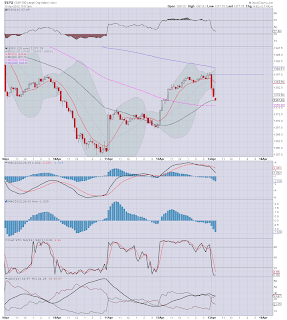 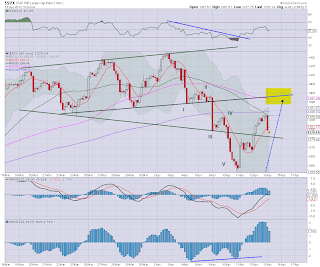 -
*I am adding to Long positions at this time.

More later :)
Posted by Permabear Doomster at 15:03:00
Email ThisBlogThis!Share to TwitterShare to FacebookShare to Pinterest

Closing the week on a high?

Considering the very moody and red start to the week, the Dow is a mere 74pts from closing the week net positive. However, even if we close a touch lower today, or up somewhat shy of a 74pt gain, we have certainly seen a very strong bounce from the earlier low. 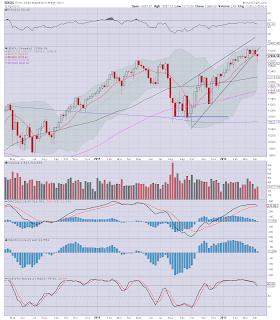 Clearly, the bulls will want to see the Dow break to new highs, and from a technical aspect, I believe its important this is done within 2 weeks, or it won't likely be possible in the mid (3-6mth) term.

Can the dow break 13300 by end April? Its a mere 314pts away..and we're seen that kinda bounce in the last 2 days alone. Things could get truly horrific for those who steadfastly hold short positions into next week and beyond.

Good wishes for Friday trading.
Posted by Permabear Doomster at 12:00:00
Email ThisBlogThis!Share to TwitterShare to FacebookShare to Pinterest

Just a quick look at the Euro and Dollar charts. 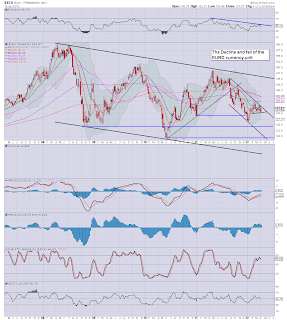 The Euro has been surprisingly strong lately. Many analysis still have targets ranging from 1.25/1.15 by year end. Now that the Greek crisis is solved (yeah, as if they won't need a third bailout, lol), the Euro is gaining some strength.

Targets ? If Euro can break above 1.34/35, then we have a real chance at something very surprising occurring. The most bullish case would obviously be a challenge to the upper descending channel at the 1.45 level. Right now, to many, that would seem an impossibility. 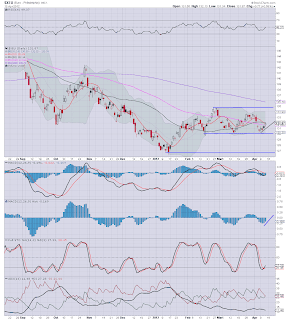 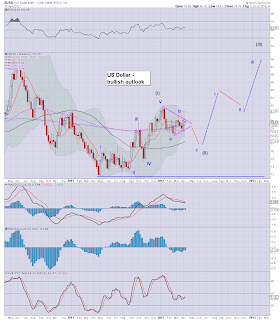 The above chart count is just a wild speculation, based on the notion of one further wave of weakness - with Euro strength in early summer, before a pretty severe trend change, with strong dollar strength into the winter.Conversely, a break over 81.00 would violate this count.

Regardless, any further dollar strength would put downward pressure on both the commodity and equity markets.