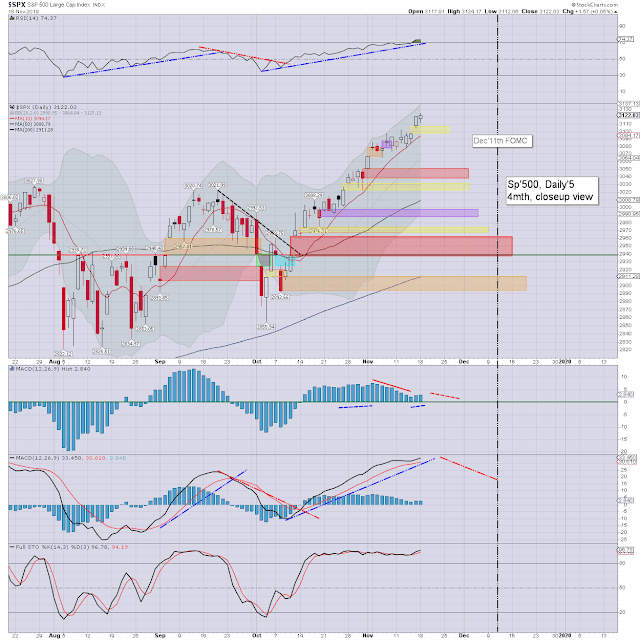 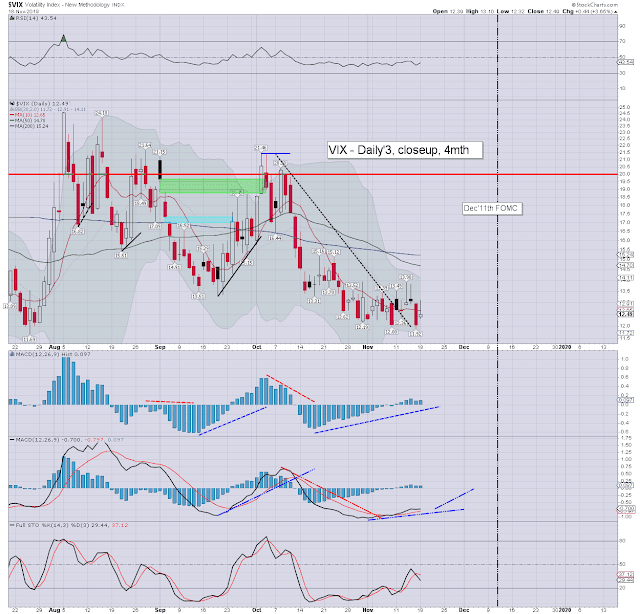 The week began in pre-market with minor gains, but price took a moderate swing lower on a CNBC report that China was pessimistic about reaching a trade deal.

In mid morning it was announced Powell had met with Trump and Mnuchin. It didn't take long for the US President to issue his personal summary via Twitter...

The fed issued their own version... 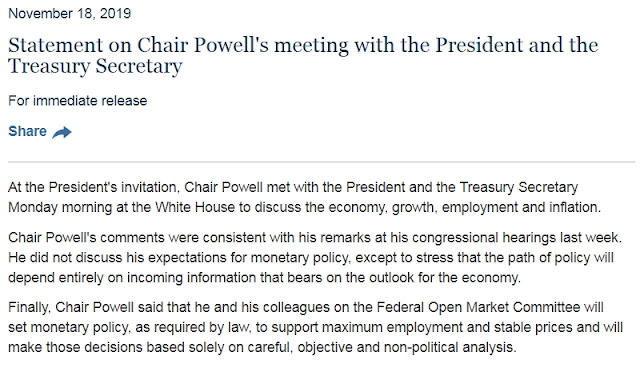 --
This morning's surprise meeting sure would have made for interesting viewing. I've no doubt all three of them were rather annoyed with each other. Trump increasing states he wants negative rates, which Powell is (currently) against. Mnuchin... well, he'd surely rather be anywhere else.

The afternoon saw new historic highs (if fractional) in the SPX, Dow, and Nasdaq comp'. 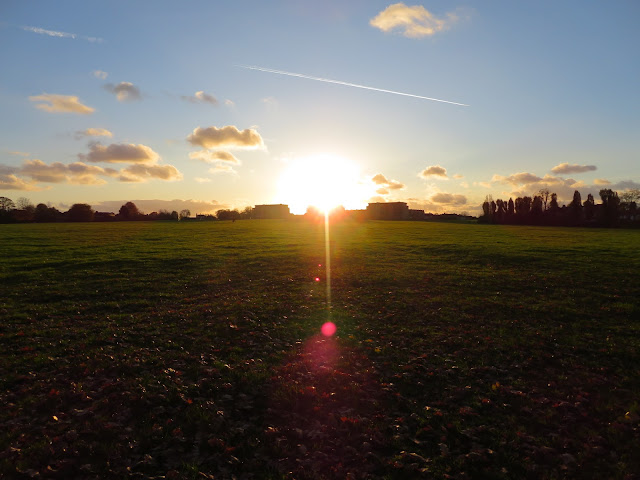