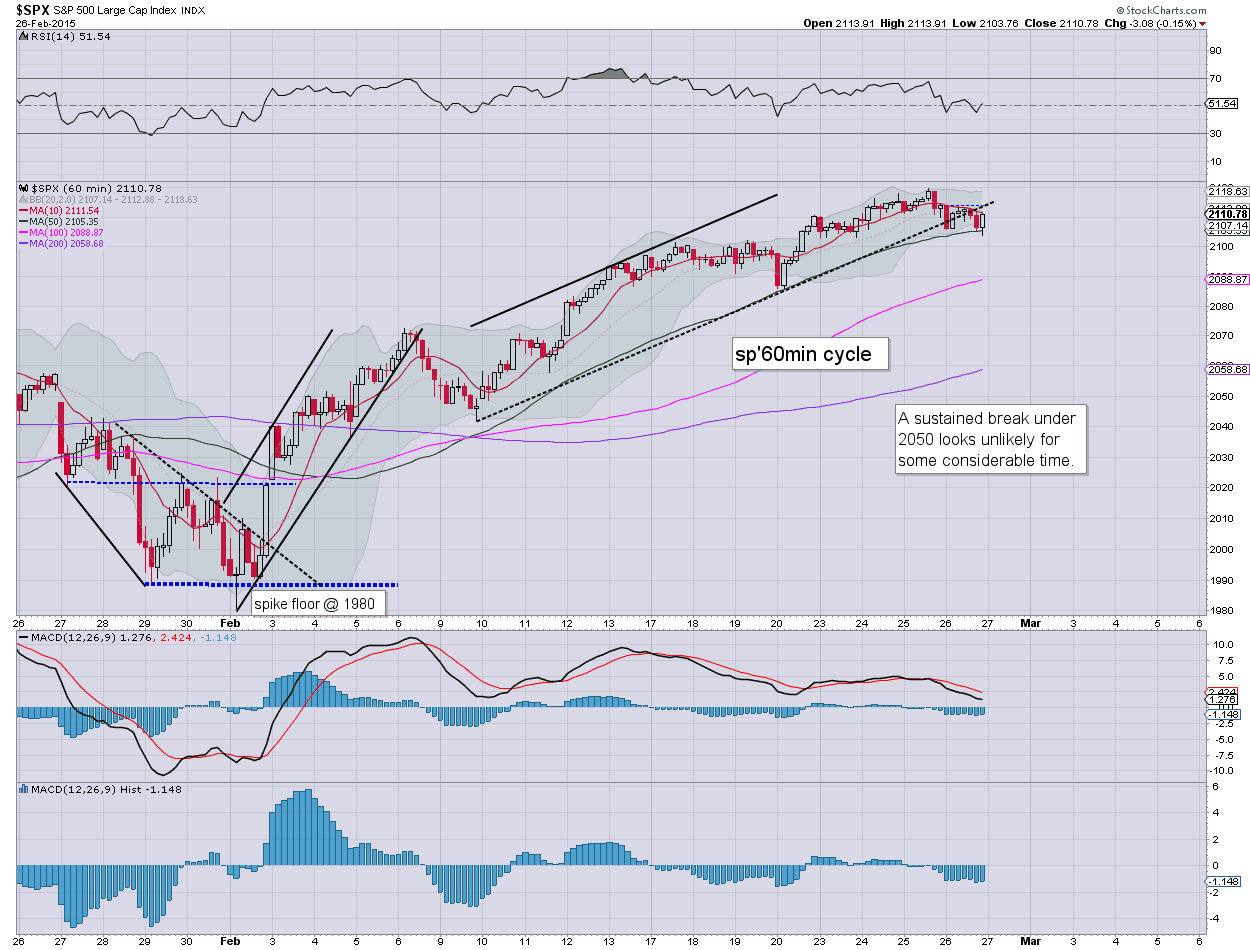 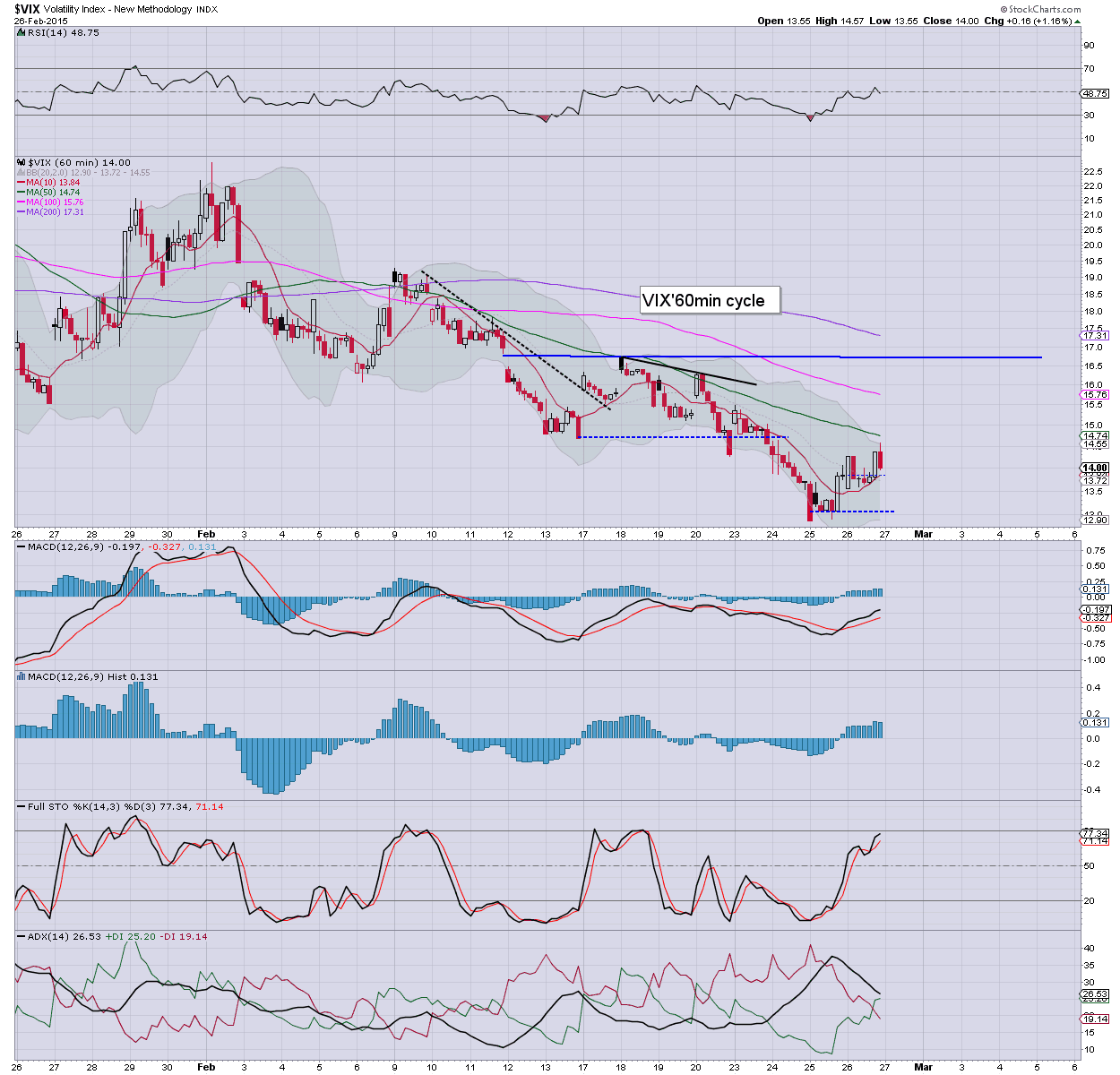 ... a rather disappointing end to the day for those in bear land. The sp'2100 threshold continues to hold, and thus there is no clarity that even a minor retrace is underway.

Each day of chop means the downside target will be raised.. and right now.. that would be the sp'2060s.

-
Daily wrap at 8pm EST.
Posted by Trading Sunset at 21:01:00
Email ThisBlogThis!Share to TwitterShare to FacebookShare to Pinterest

3pm update - close to a break 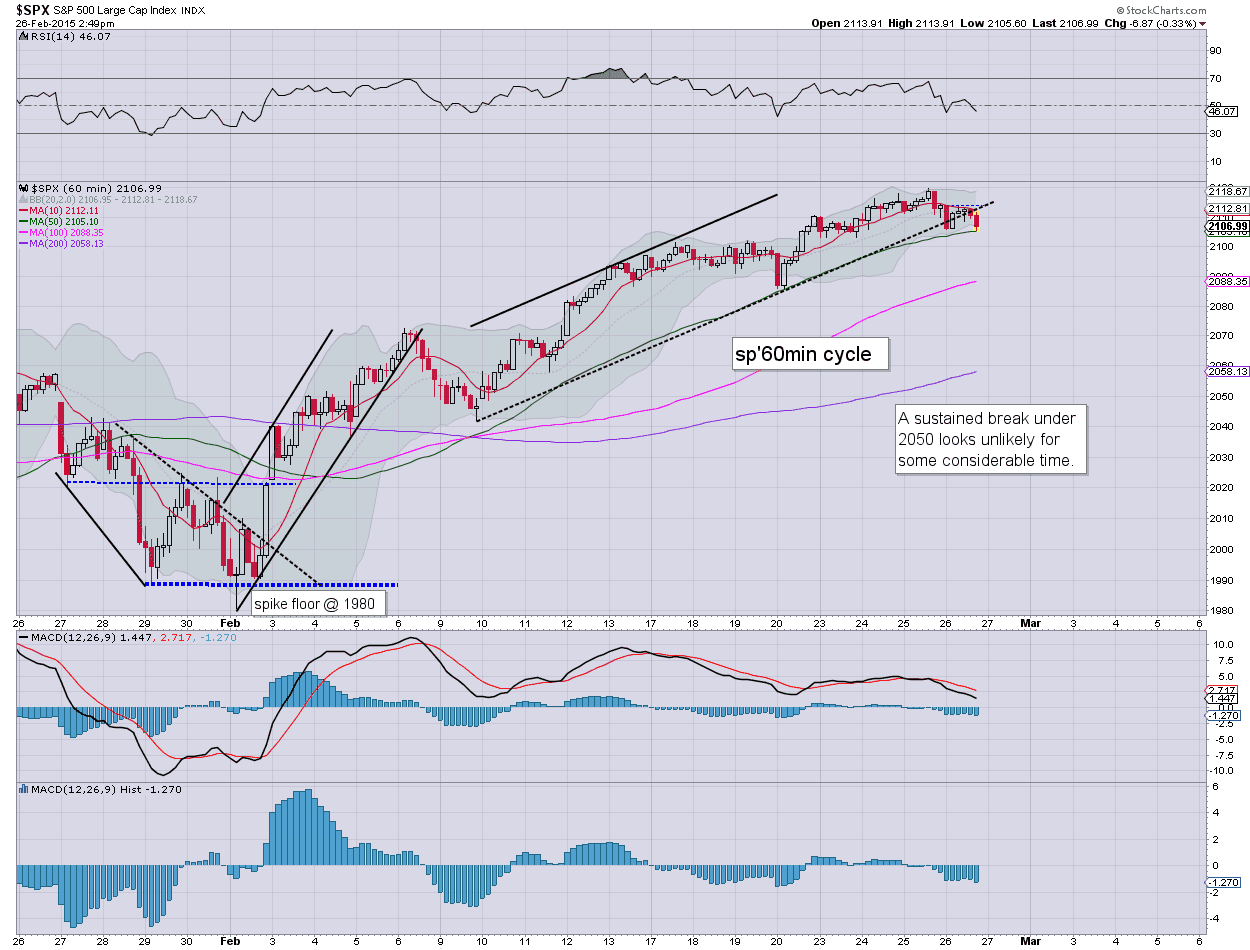 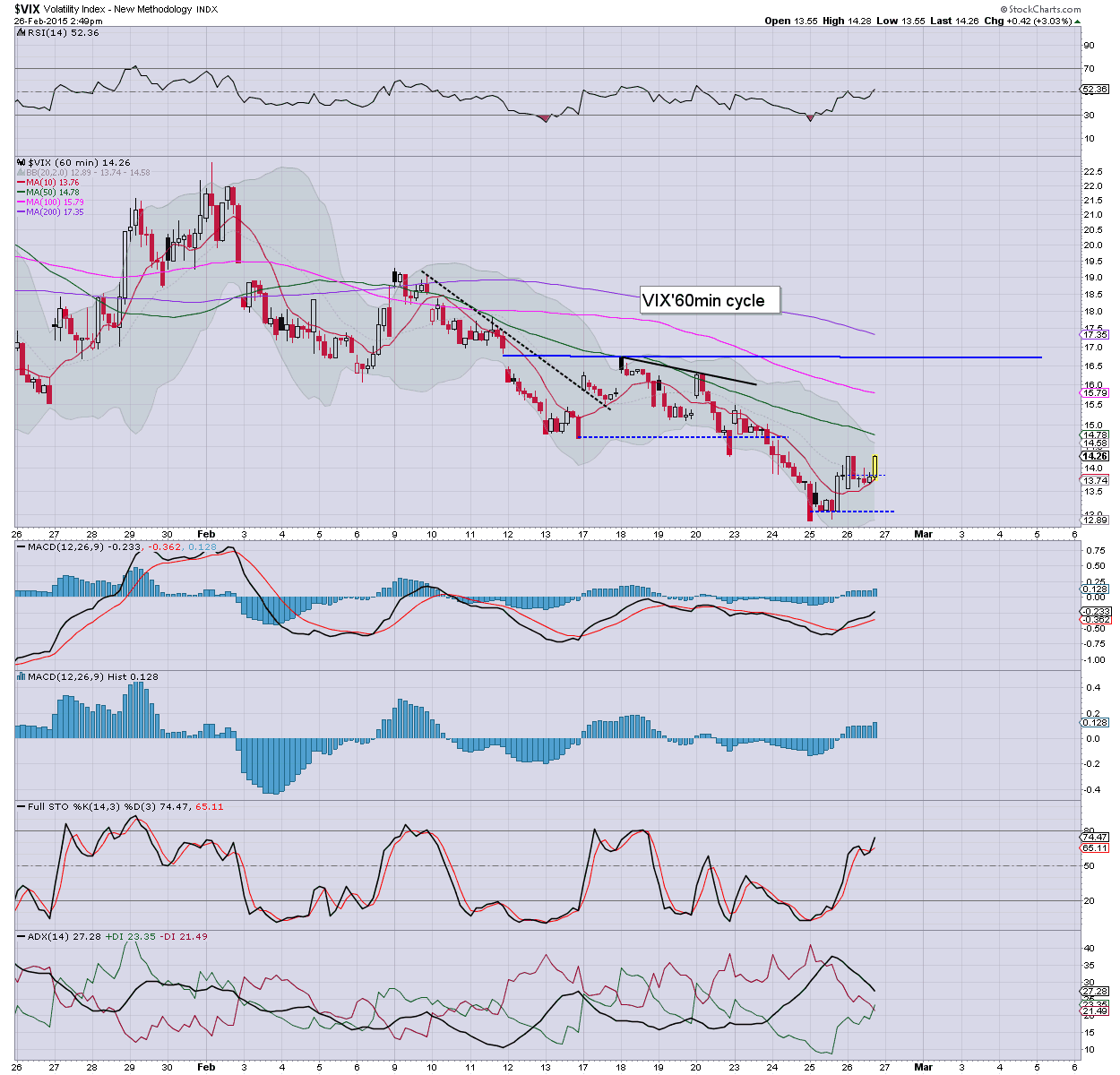 An interesting closing hour is ahead...

updates... into the close
Posted by Trading Sunset at 19:50:00
Email ThisBlogThis!Share to TwitterShare to FacebookShare to Pinterest 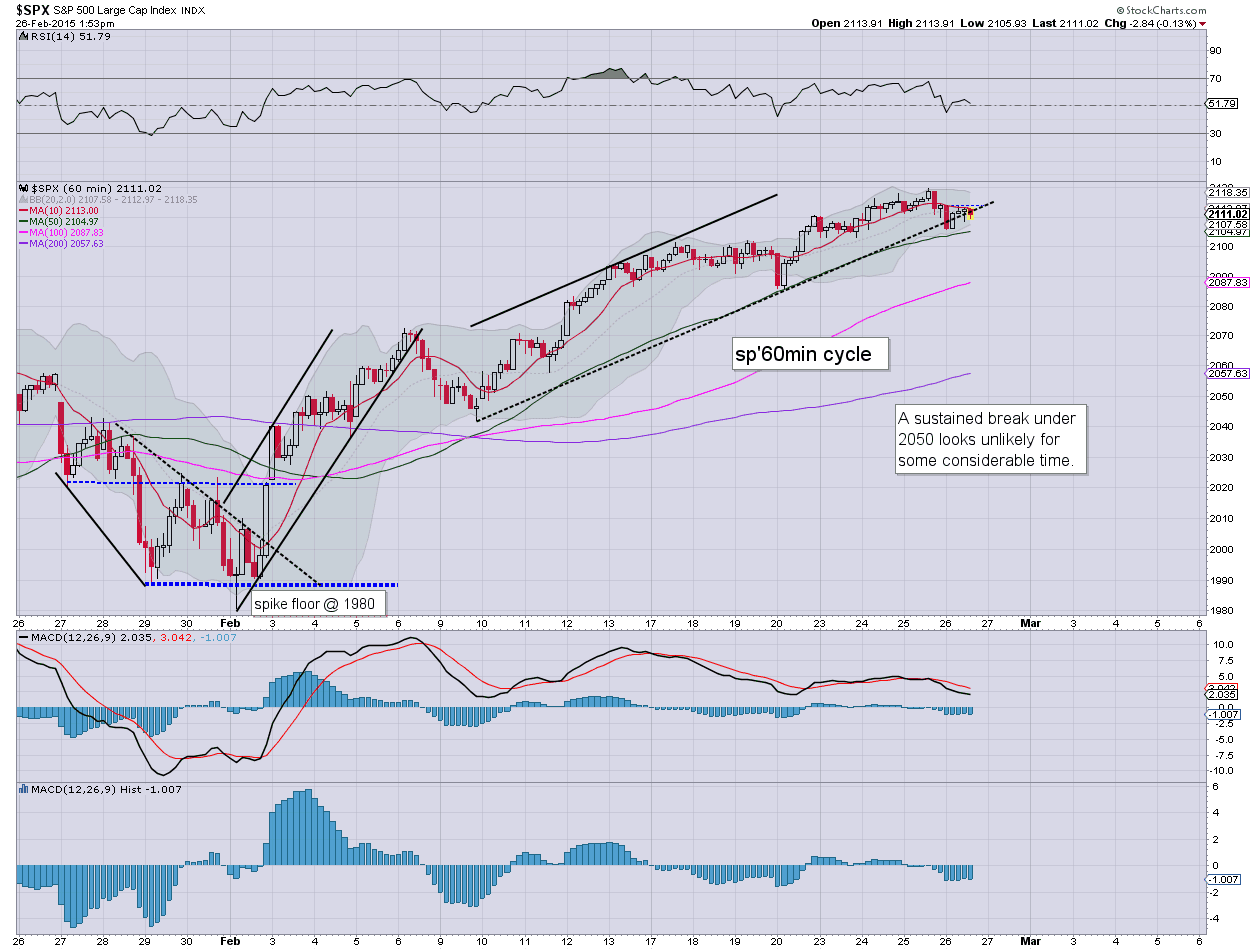 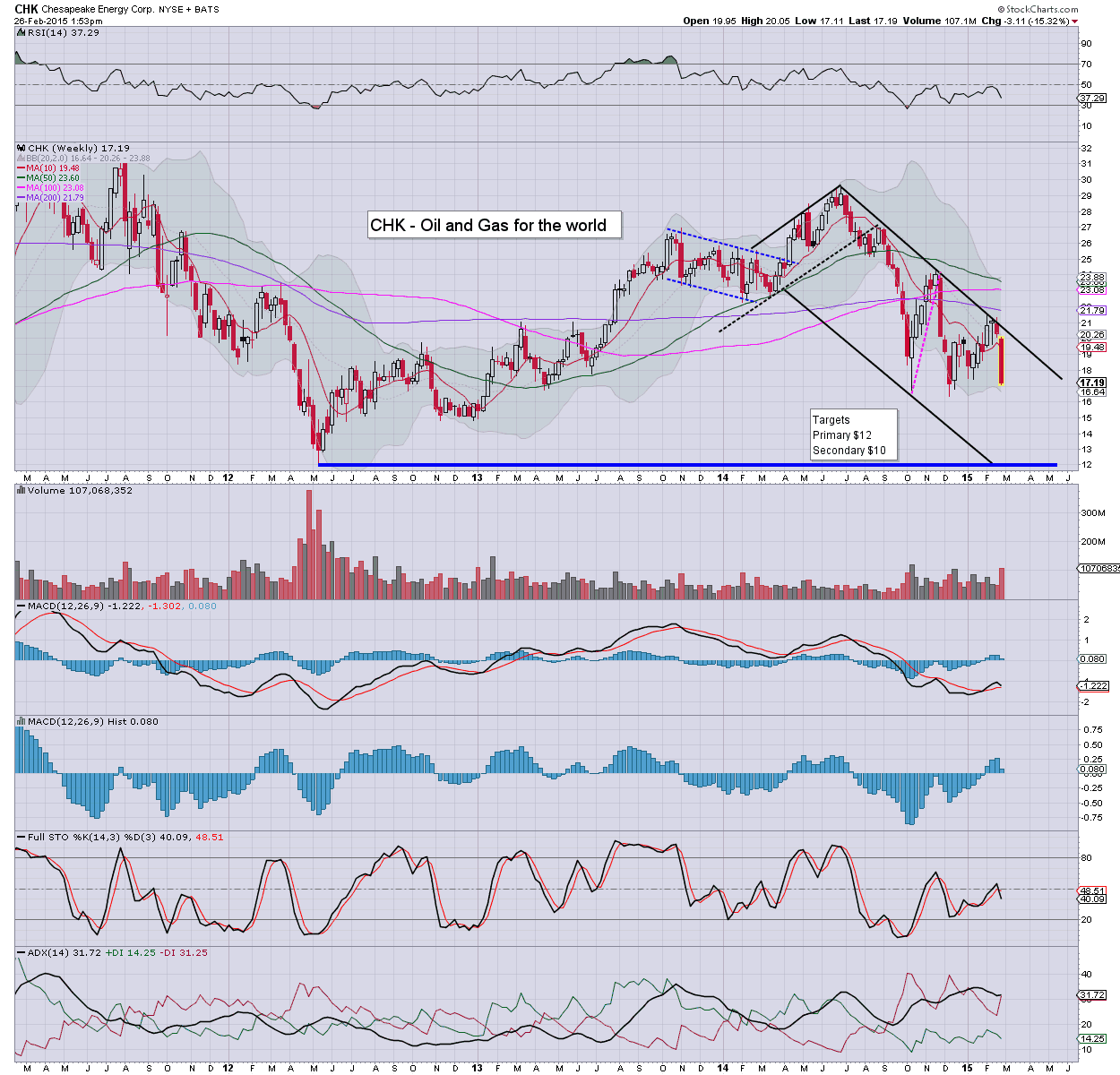 Nothing bullish in this one... looks set to return back to the lows from summer 2012.
-

Notable weakness: SDRL -2.3%... although earnings were certainly 'better than expected'
Posted by Trading Sunset at 18:54:00
Email ThisBlogThis!Share to TwitterShare to FacebookShare to Pinterest

US equities remain largely subdued, although still achieving new highs in a few indexes. Metals are holding moderate gains, Gold +$5, but looks vulnerable into the Friday close. Oil continues to slide, -3.1% in the $49s. VIX is showing zero sign of market concern, -1% in the 13.60s. 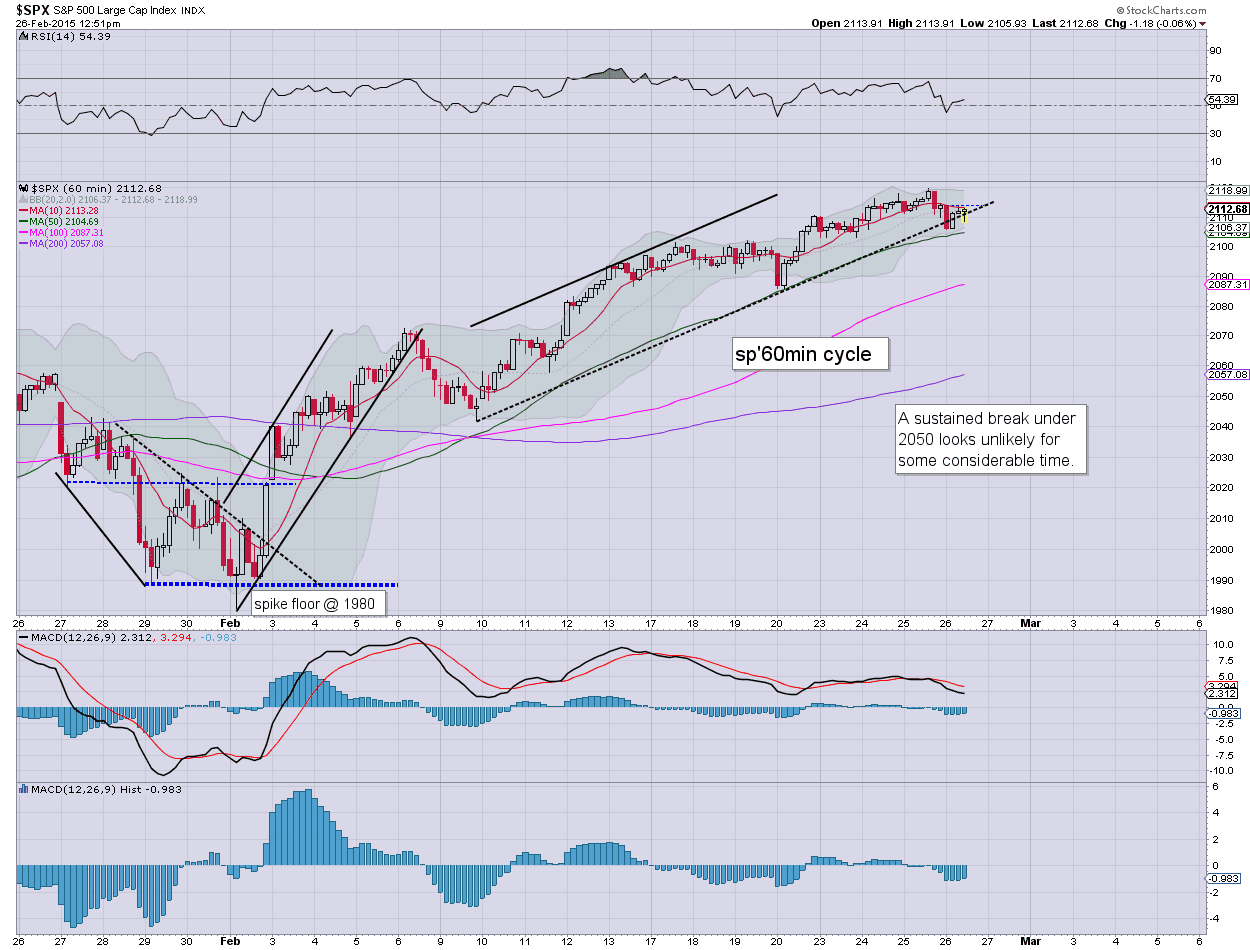 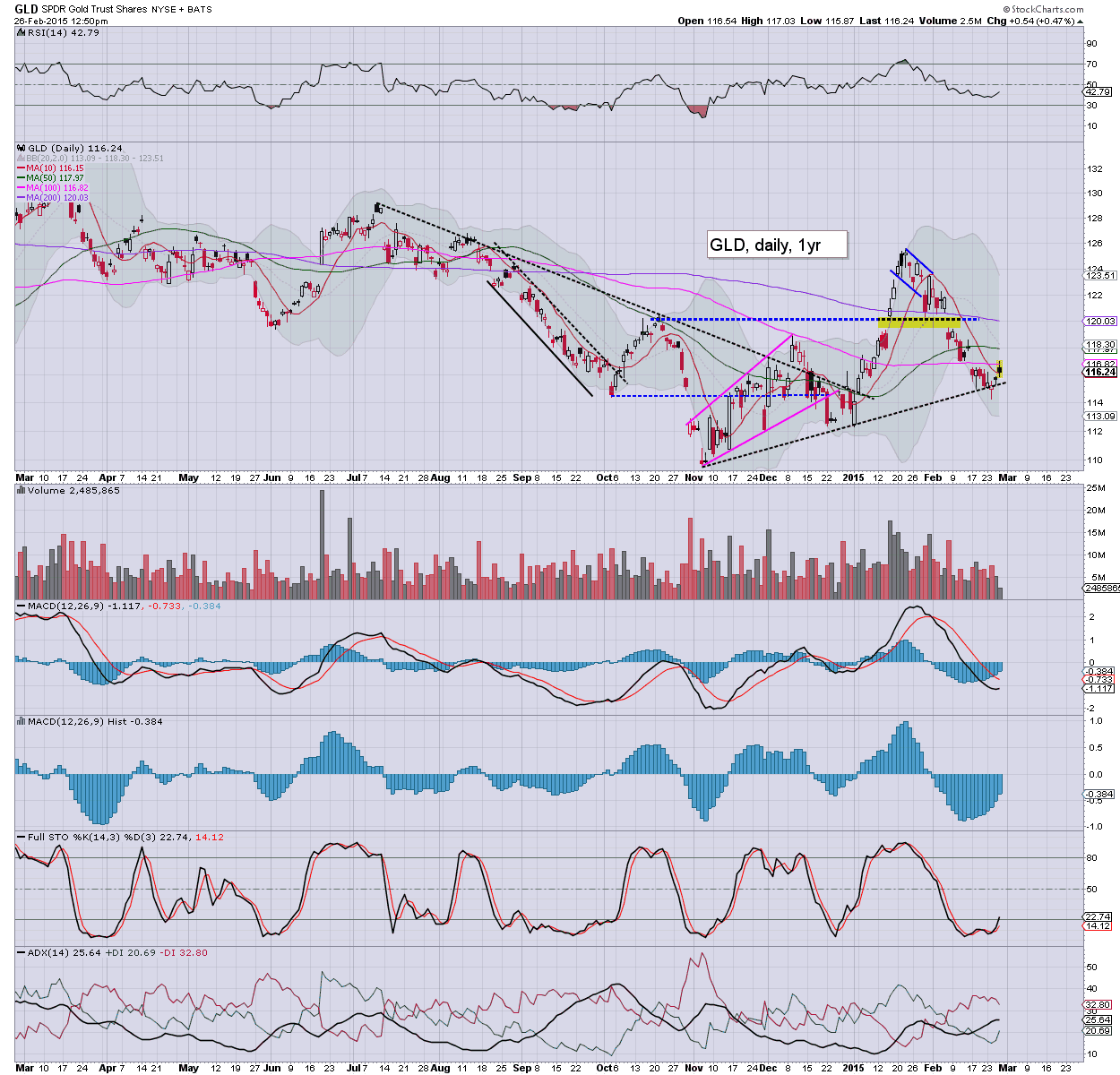 *another black-fail candle for Gold, and some weakness into the Friday close looks very viable. Regardless, February was a bad month for the gold bugs.
--

Not much to add... it remains a very dull market. I'm resigned to broad upside into late April/early May... and then the first chance of a more sig' drop.

Notable weakness: CHK -4.9% in the low $17s, unravelling... and looks ugly to the 12/10 zone this summer.
-
time for a late lunch... back at 2pm
Posted by Trading Sunset at 17:55:00
Email ThisBlogThis!Share to TwitterShare to FacebookShare to Pinterest

It is just another day in market land.. a touch of weakness in early morning, but with underlying strength.. being reflected in new highs in the R2K and the Nasdaq Comp'. VIX remains subdued in the mid 13s. Gold is holding moderate gains of $5. Oil remains very weak, -2.6% in the $49s. 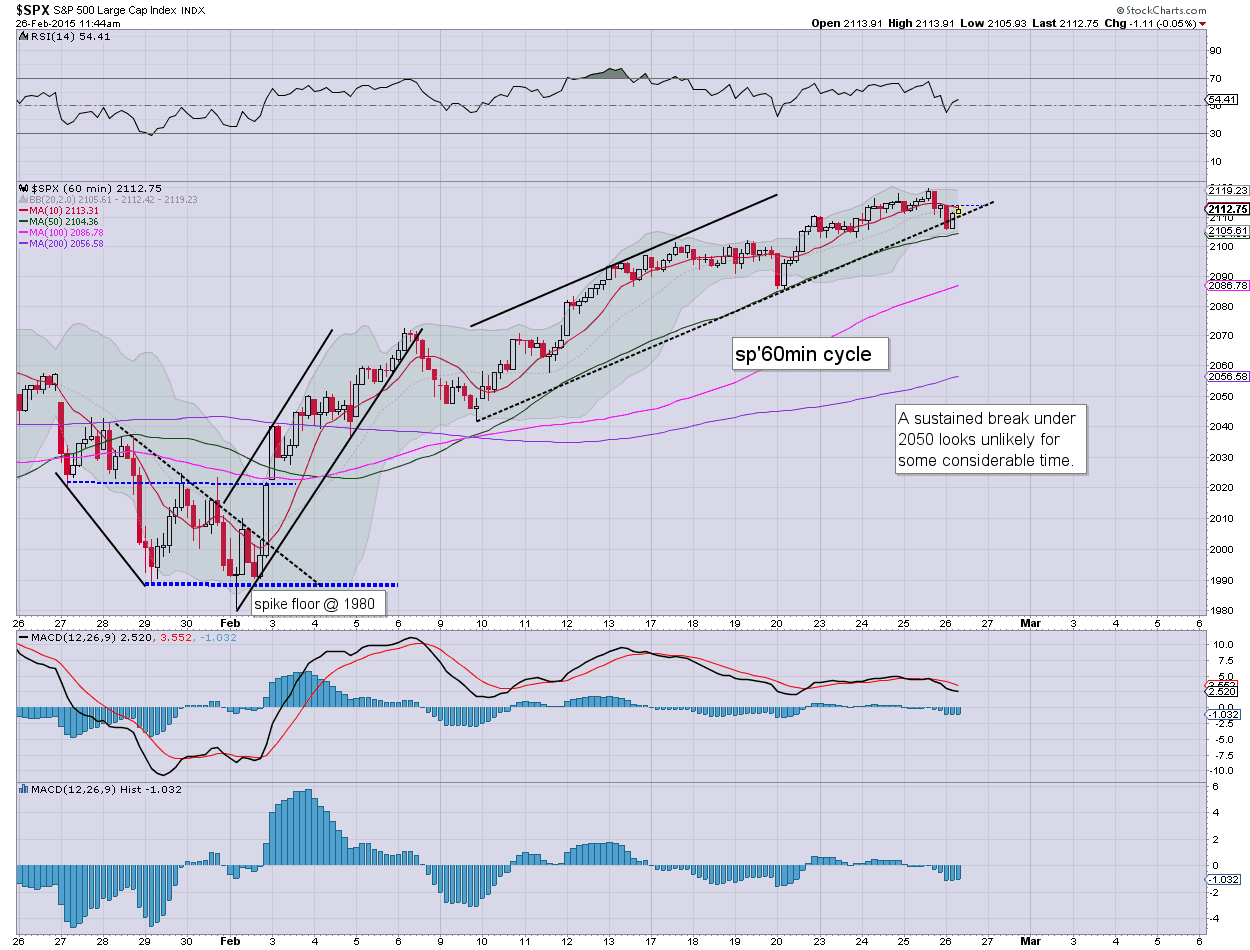 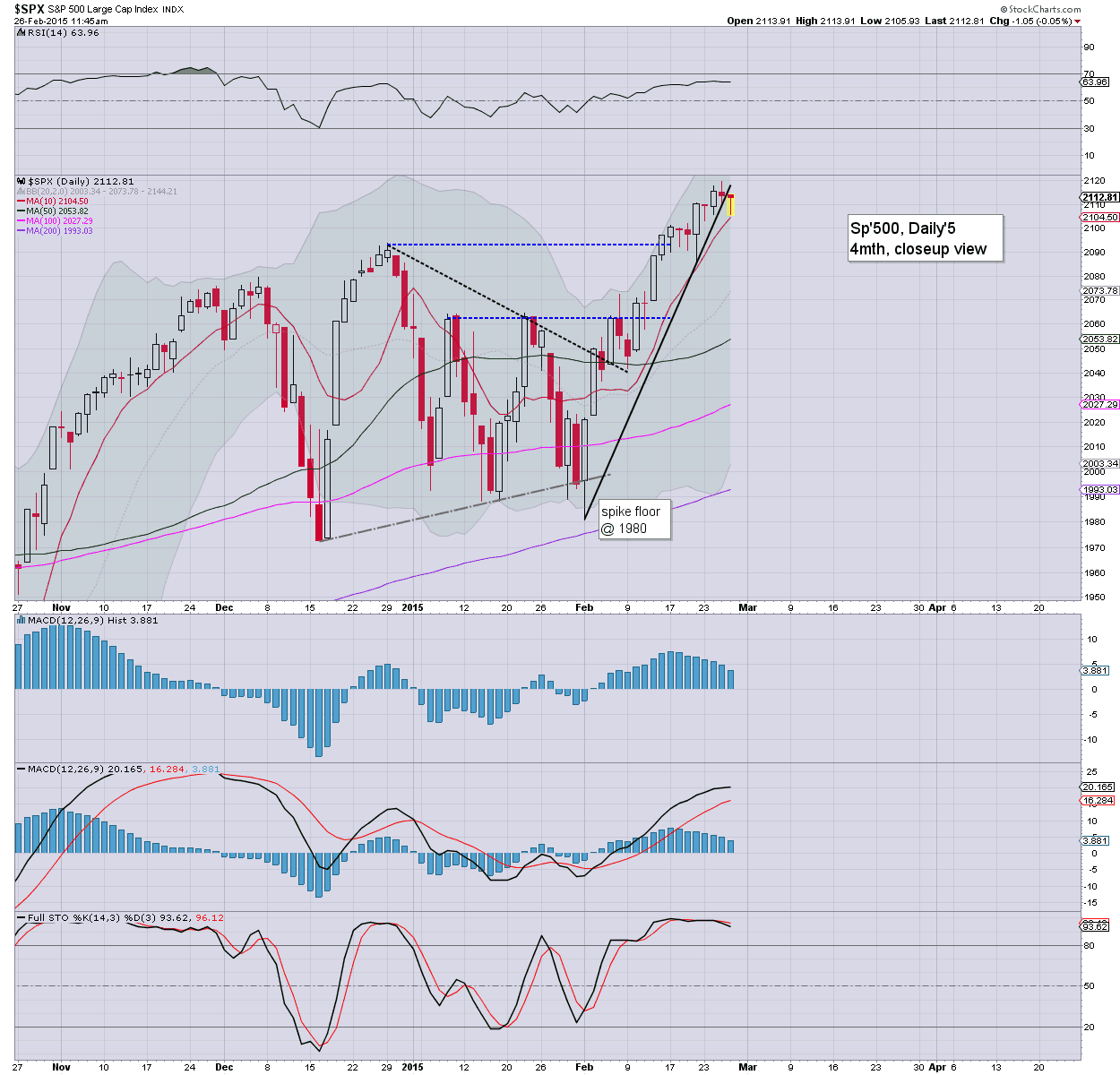 *yeah... I'm somewhat late today, but then, where the hell is everyone else lately? It'd seem the algo-bot melt is killing the financial blogosphere.
--

So... its still a case of minor chop... but grinding broadly higher. The R2K sure isn't showing any sign of stopping. There is a touch of weakness in the Transports, but really.. its negligible.

Without question, until we're back under sp'2100, there is no clarity that a retrace is even underway. At best... it looks like bears might hit 2065/50 zone, but even that looks increasingly difficult next week.
-

VIX update from Mr S... aka the Godfather


--
time to shop.. back at 1pm
Posted by Trading Sunset at 16:45:00
Email ThisBlogThis!Share to TwitterShare to FacebookShare to Pinterest 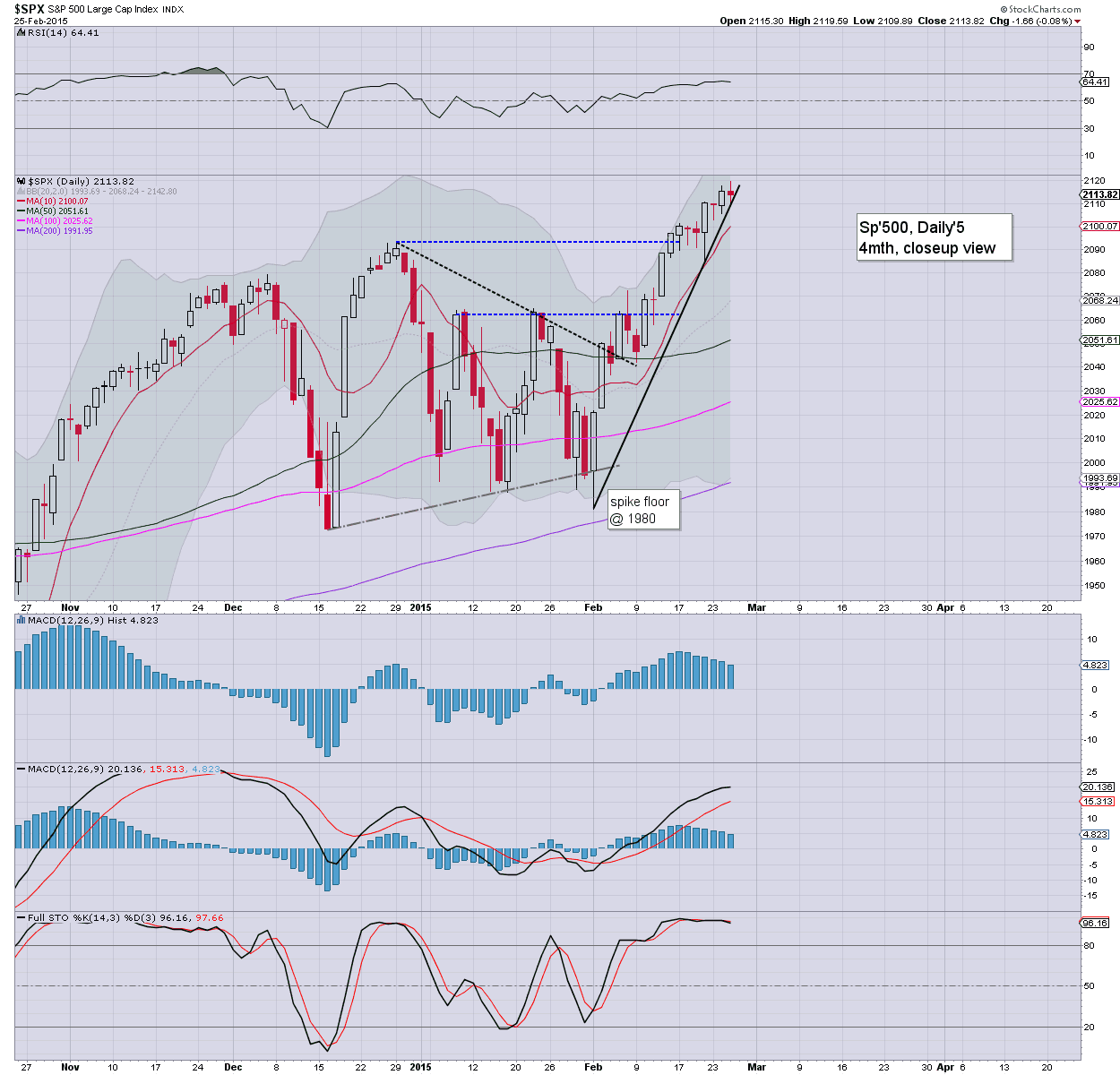 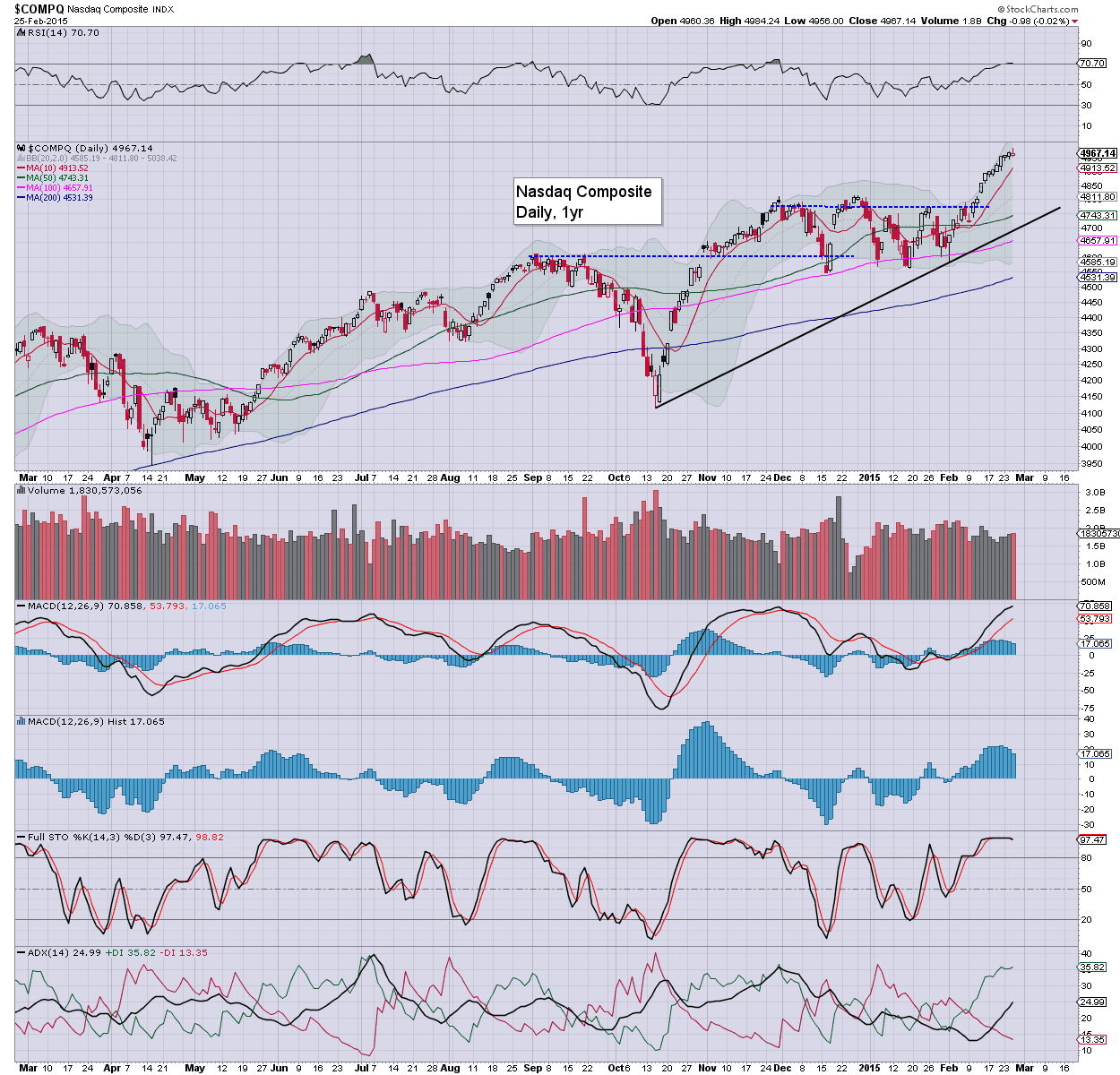 Suffice to say... it remains a case of new historic highs... each day.

At best.. equity bears have a small hope (as arguably reflected in the VIX) of a minor retrace to the sp'2060/50s by mid March.
-