Another day of moderate swings 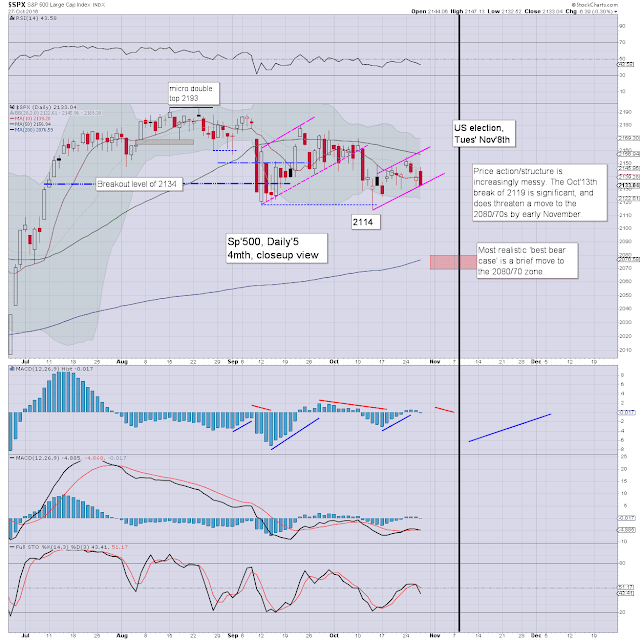 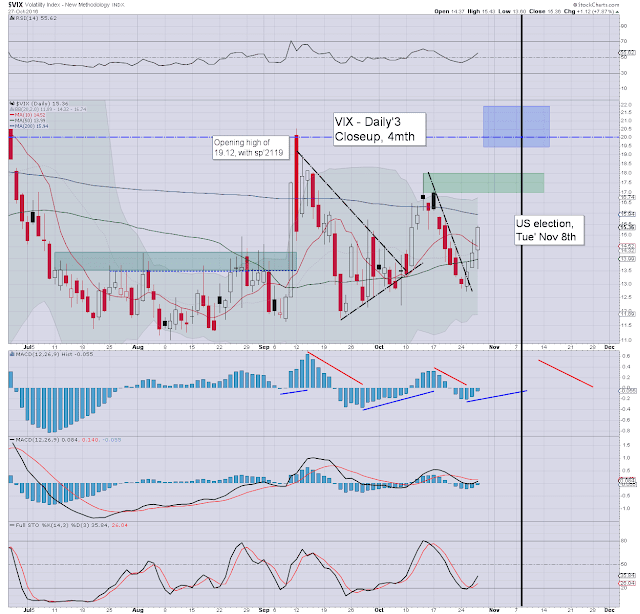 Yet another day of moderate swings. The opening gains to 2147 lasted mere minutes before a rather sharp reversal to sp'2132. Then a typical attempt at a latter day rally, but unravelling into the close, breaking a new intra low of 2131.

The VIX managed a notable third consecutive daily gain. The key 20 threshold looks highly probable by the time of the US election.

*I'll round the numbers, to make the math real simple...

Interestingly, both have sales/rev' in the $30bns.