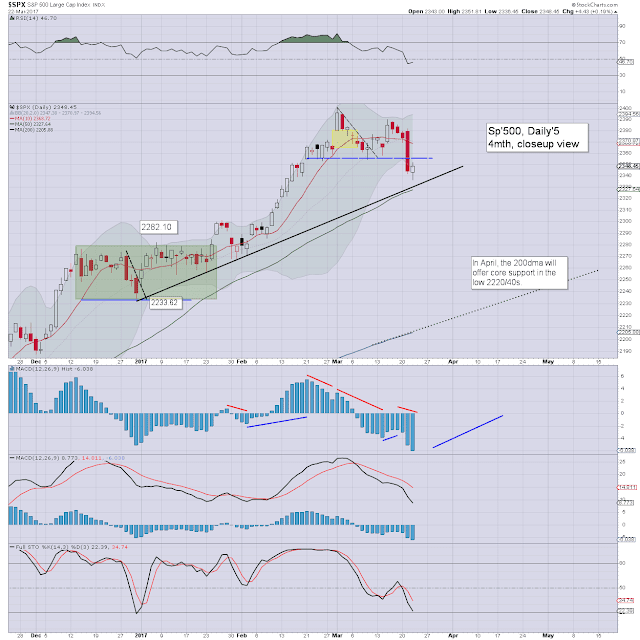 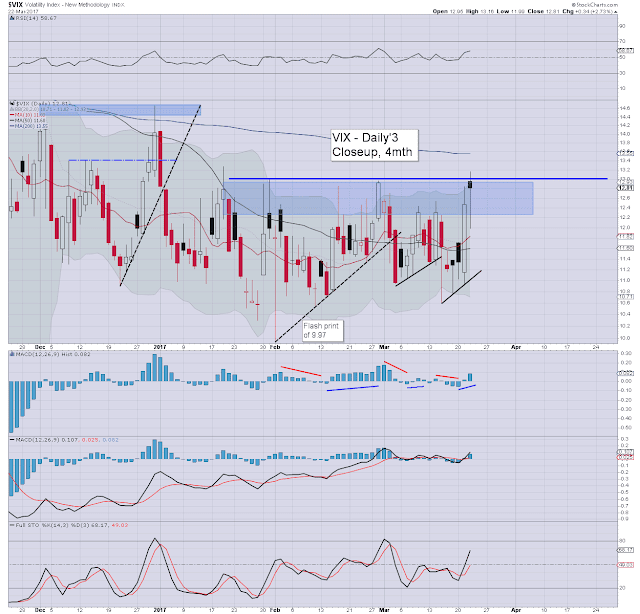 Equities: an intra low of 2336, but then a rather typical latter day recovery, with a minor gain. There is huge overhead resistance within the 2380/90 zone. It seems very viable that the market could see another wave lower to test the rising 50dma, before a realistic opportunity to break/clear >2390.

VIX: The print of 13.16 was actually seen in pre-market. Stockcharts (and I guess most other charting software) now generally include pre-market, and the 15mins of AH price action, as part of each daily candle. In any case... the VIX is still reflective of a broadly confident capital market.