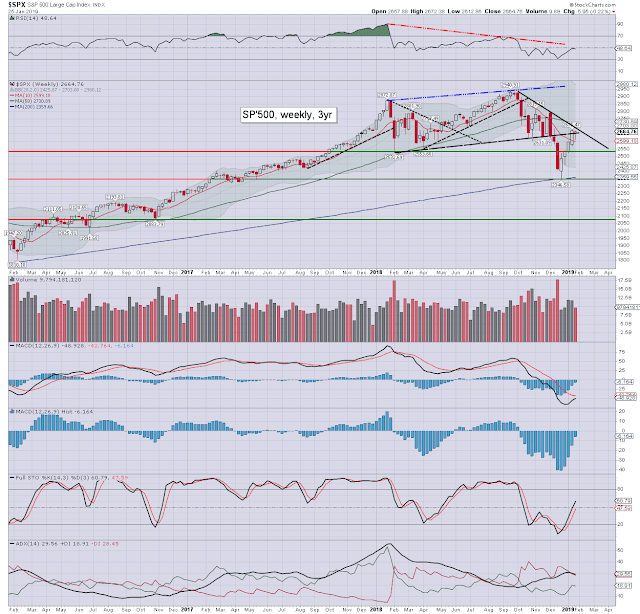 The spx swung from a Wednesday low of 2612, to settle net lower for the week by -5pts (0.2%) at 2664. MACD (blue bar histogram) cycle ticked higher for a fourth week, as price momentum is resetting from oversold levels. 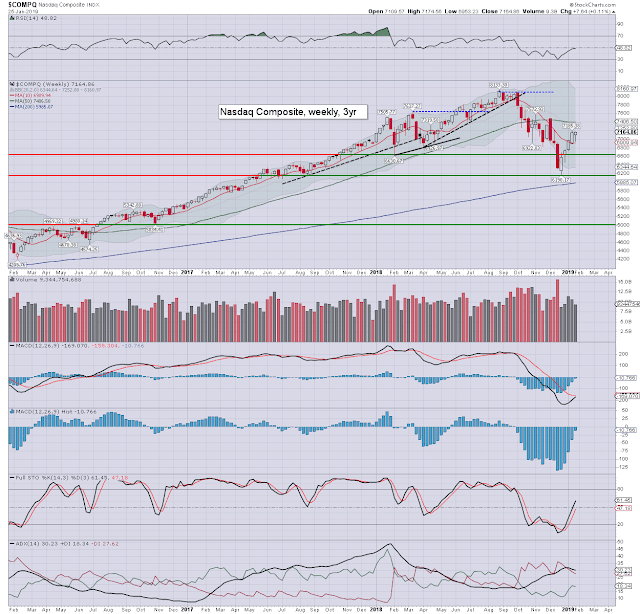 The Nasdaq saw a fifth consecutive net weekly gain (the best run since March 2017), of +0.1% to 7164. Weekly price momentum is set to turn positive at next Monday's open. A failure around the zero threshold would be very bearish, and offer cooling to the 6500/400s. 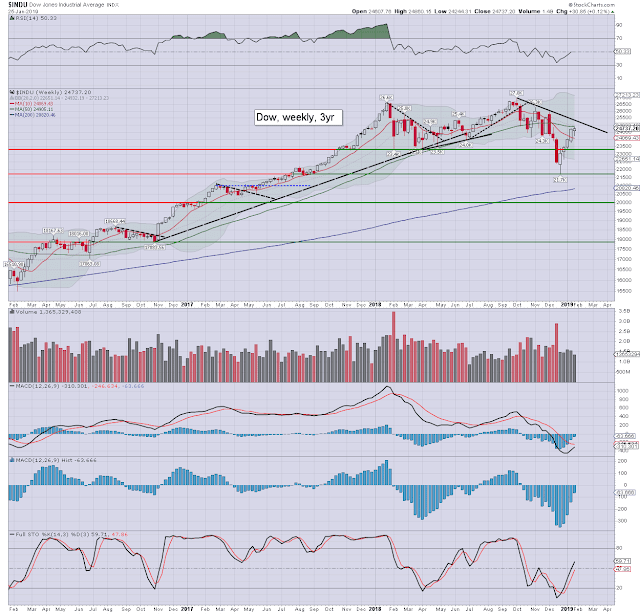 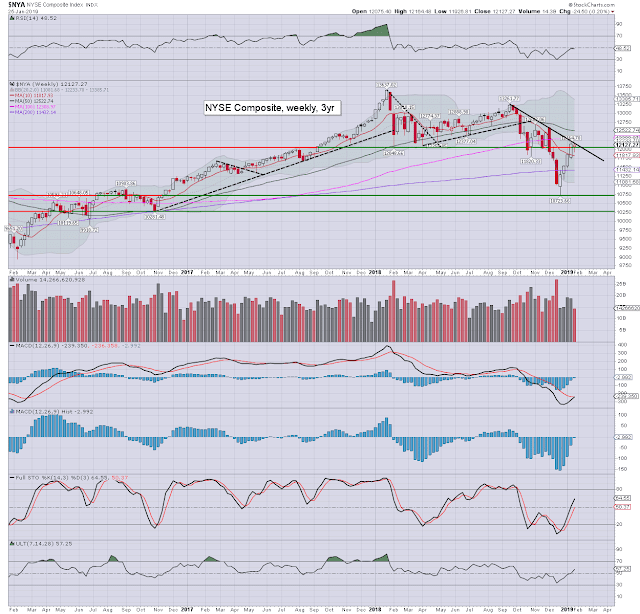 The master index saw a net weekly decline of -0.2% to 12127. Declining trend from Sept'2018 remains holding as key resistance. 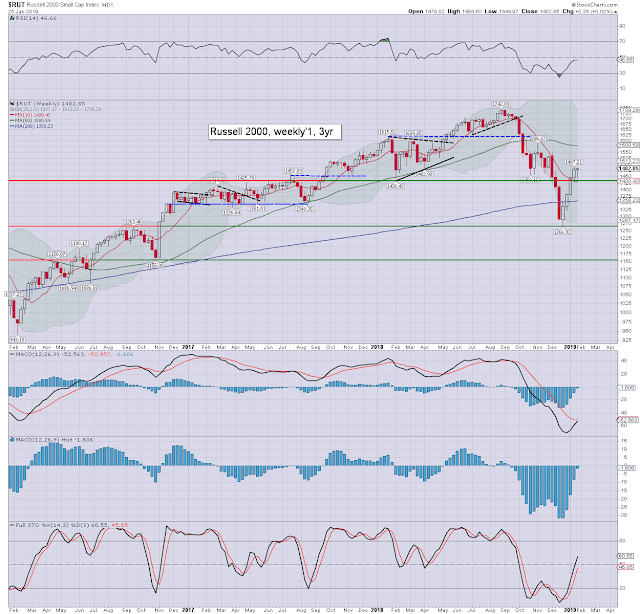 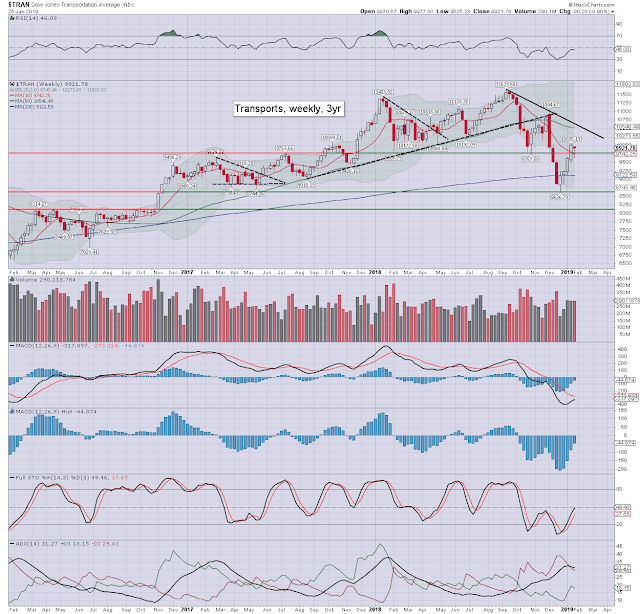 Three indexes were net higher for the week, with three net lower.

The Dow was the only index to break a new multi-week high.

*FOMC announcement 2pm. No change in QT/rates can be expected. There will be a press conf' with Powell at 2.30pm, which will likely drag on around an hour.