Waiting for a delivery 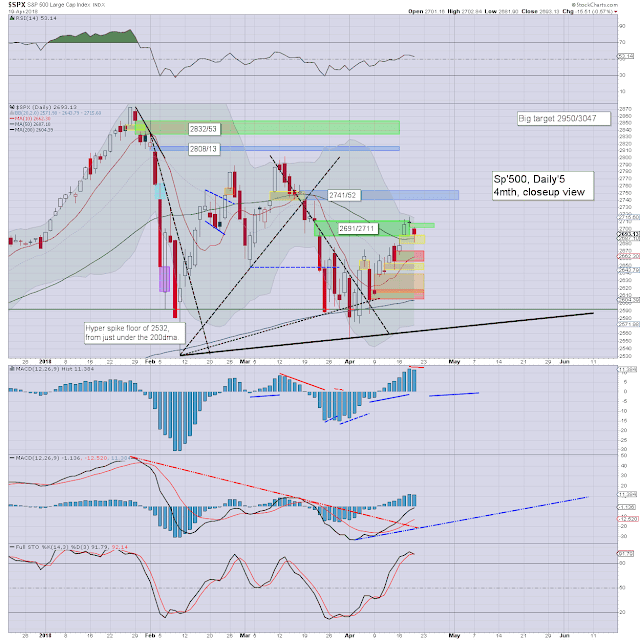 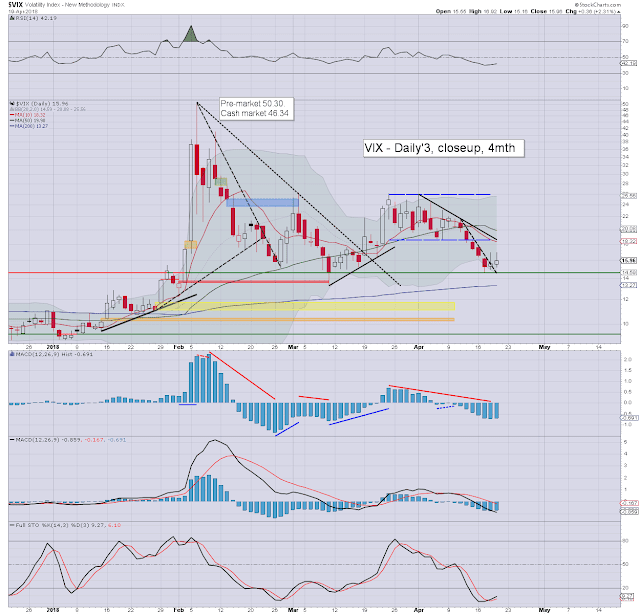 US equities opened a little weak, and saw gradual cooling into the afternoon. The low of 2681 should hold into the weekend. Tomorrow is opex, and it would be natural if the market markets want to pin the market to around sp'2700.


Waiting for a delivery

Over the years, some of my calls have been terrible, but some... profoundly right. Since the spike high of $31.18 in July 2016, I've been increasingly bearish on the corporate giant of General Electric. 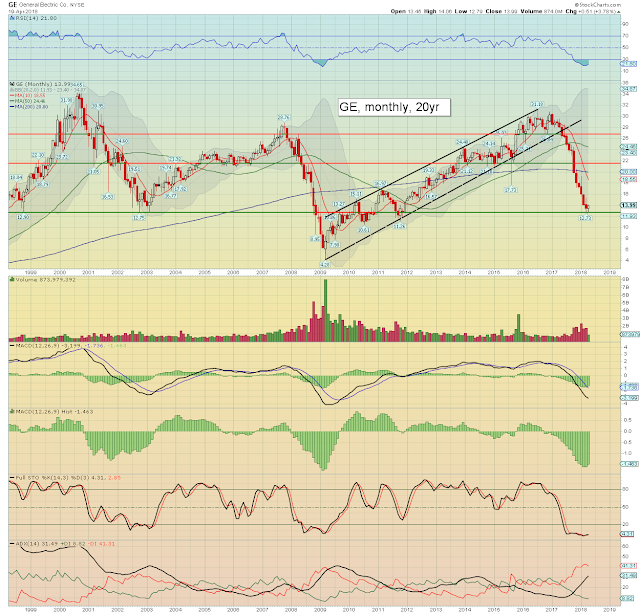 We saw a key break of trend in May 2017, and with the loss of the $27s, I boldly called for the $22s. I warned at the time that if that threshold failed to hold, the stock would see the $13s. Naturally... most laughed. 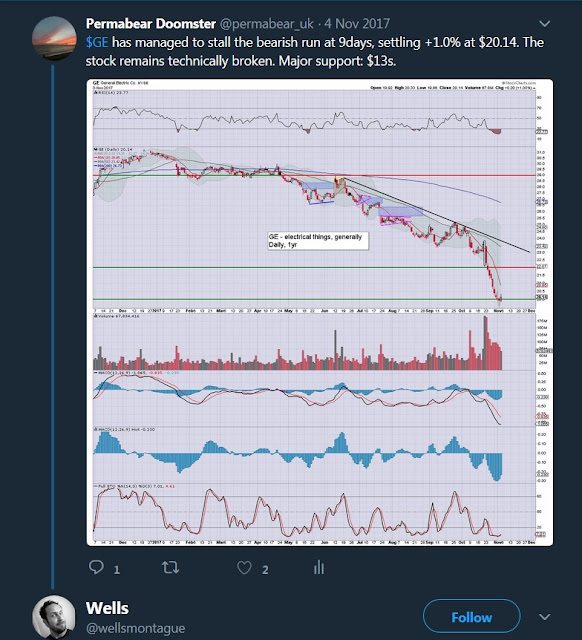 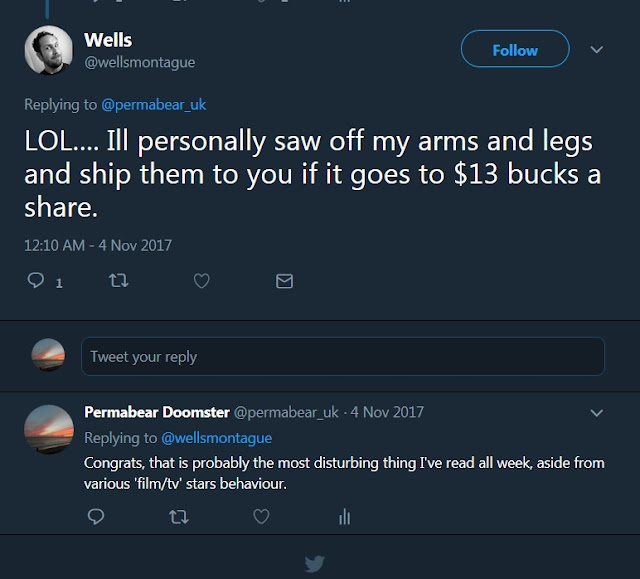 The $22s were of course lost, with a straight implosion to the $13s. Having already seen the $12s, its not that bold to call for capitulation sub $10. Further, I do see the stock being kicked from the Dow, and by definition... Flannery would have to quietly walk away, likely no later than spring 2019. So... about those arms and legs...

--
ps. Hello 'Wells'. I do tend to remember such tweets. A subscription would suffice, rather than a shipping delivery.
--