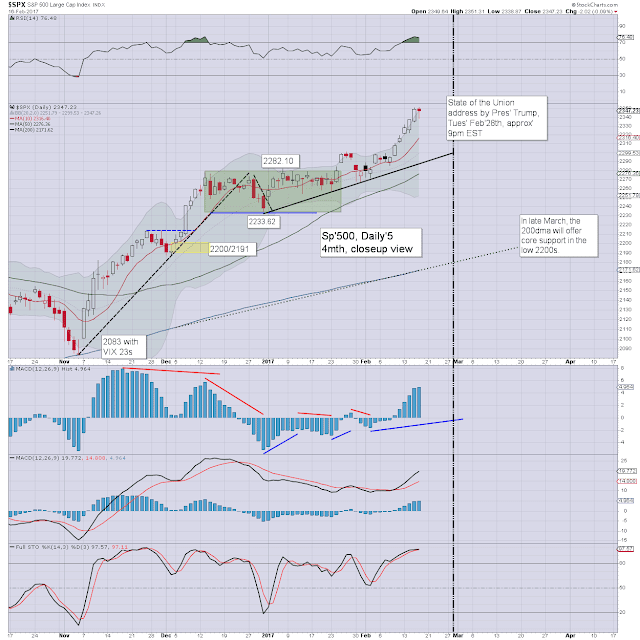 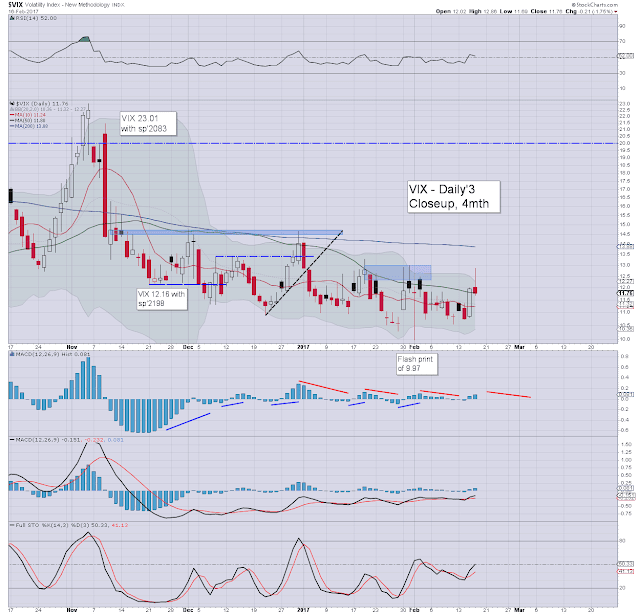 US equities opened in minor chop mode, but again, that was enough to generate another set of historic highs in the Dow, Nasdaq comp', and NYSE comp'.

Despite the little equity wave lower in the morning, VIX was still unable to see the low teens. Volatility remains exceptionally subdued, as the US capital market is super confident. That was itself reflected in the latest Phil' fed number of 43.3 - the best number since 1984! It is indeed entirely reflective of the societal/financial shift that has occured with the election of Trump.
--

Yesterday I highlighted the issue of acceleration in the market. Today, the lunchtime show on clown finance TV, saw Hunter of JPM touting much the same... 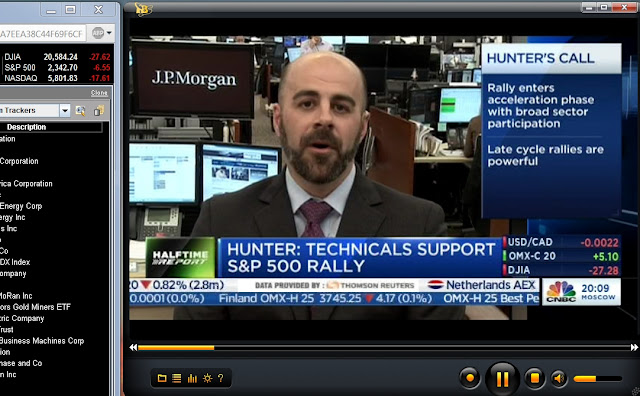 Indeed, most should recognise that recent price action is an acceleration. Hunter noted the next key level is around sp'2450.

Could we hit sp'2450 before the anticipated main market retrace of 5%? Yes, although even I find it difficult to see the market keep pushing another 5% before a mini washout. Broadly of course.. all such things are irrelevant, as the US - and other world markets, are super strong.