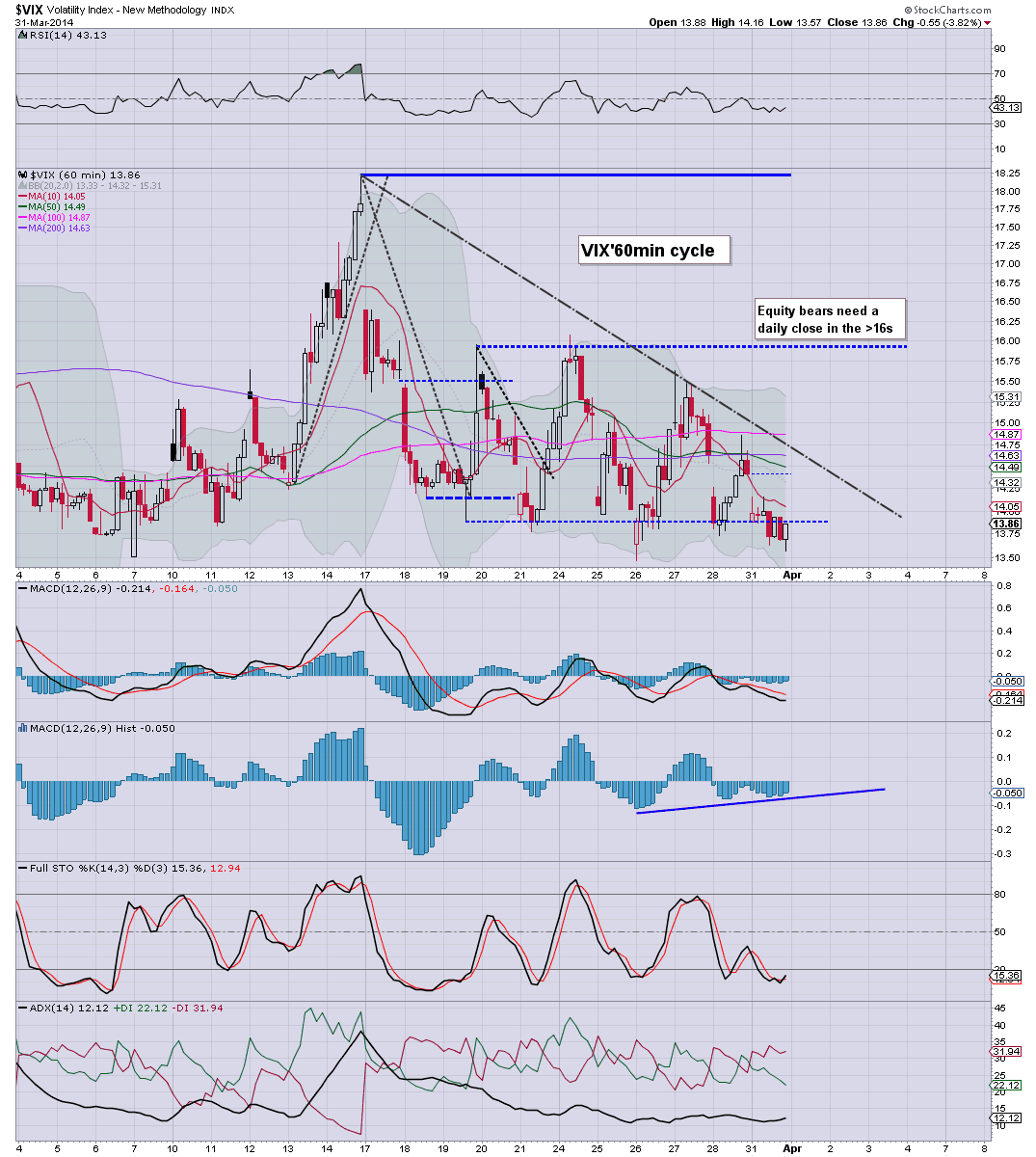 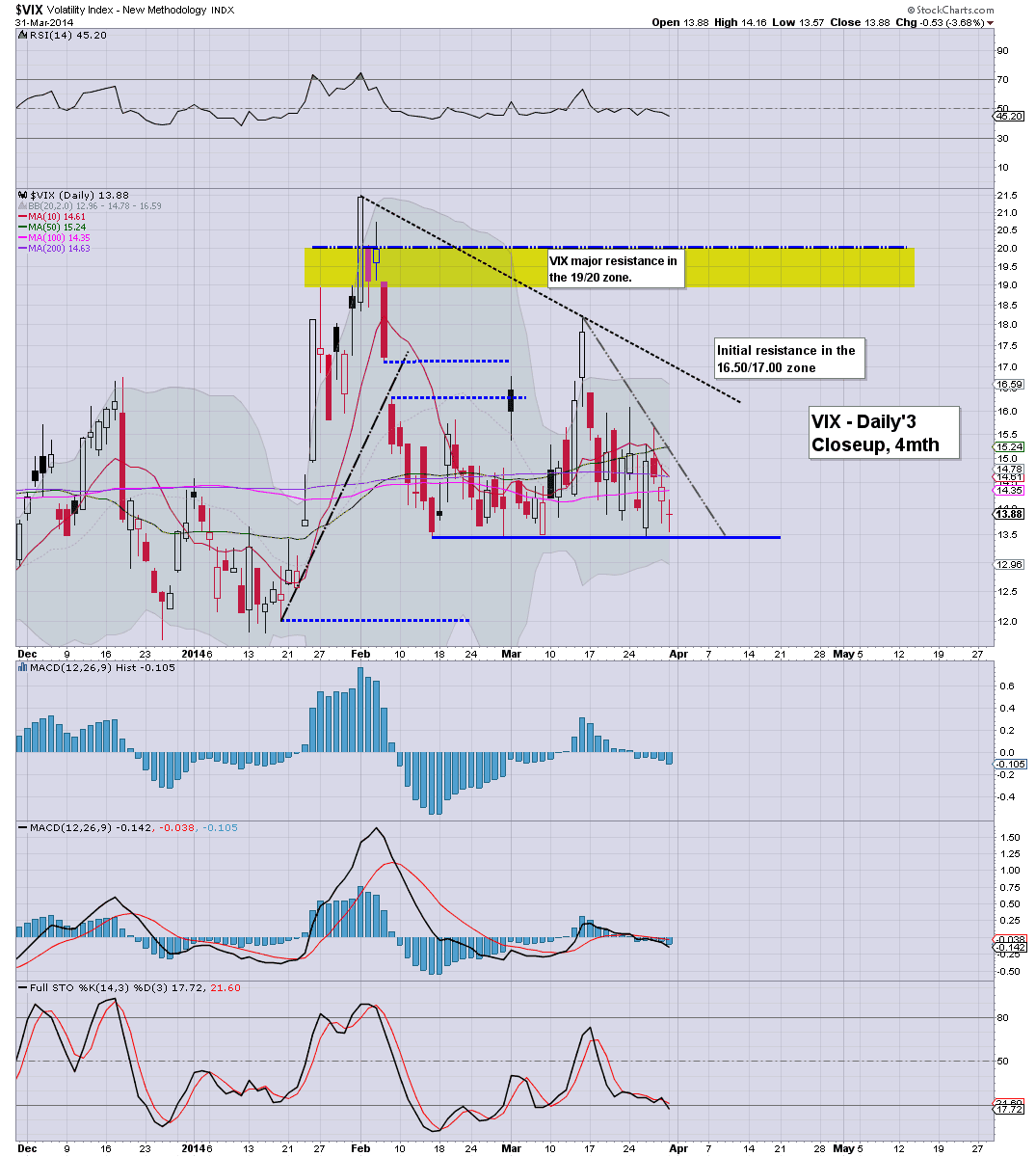 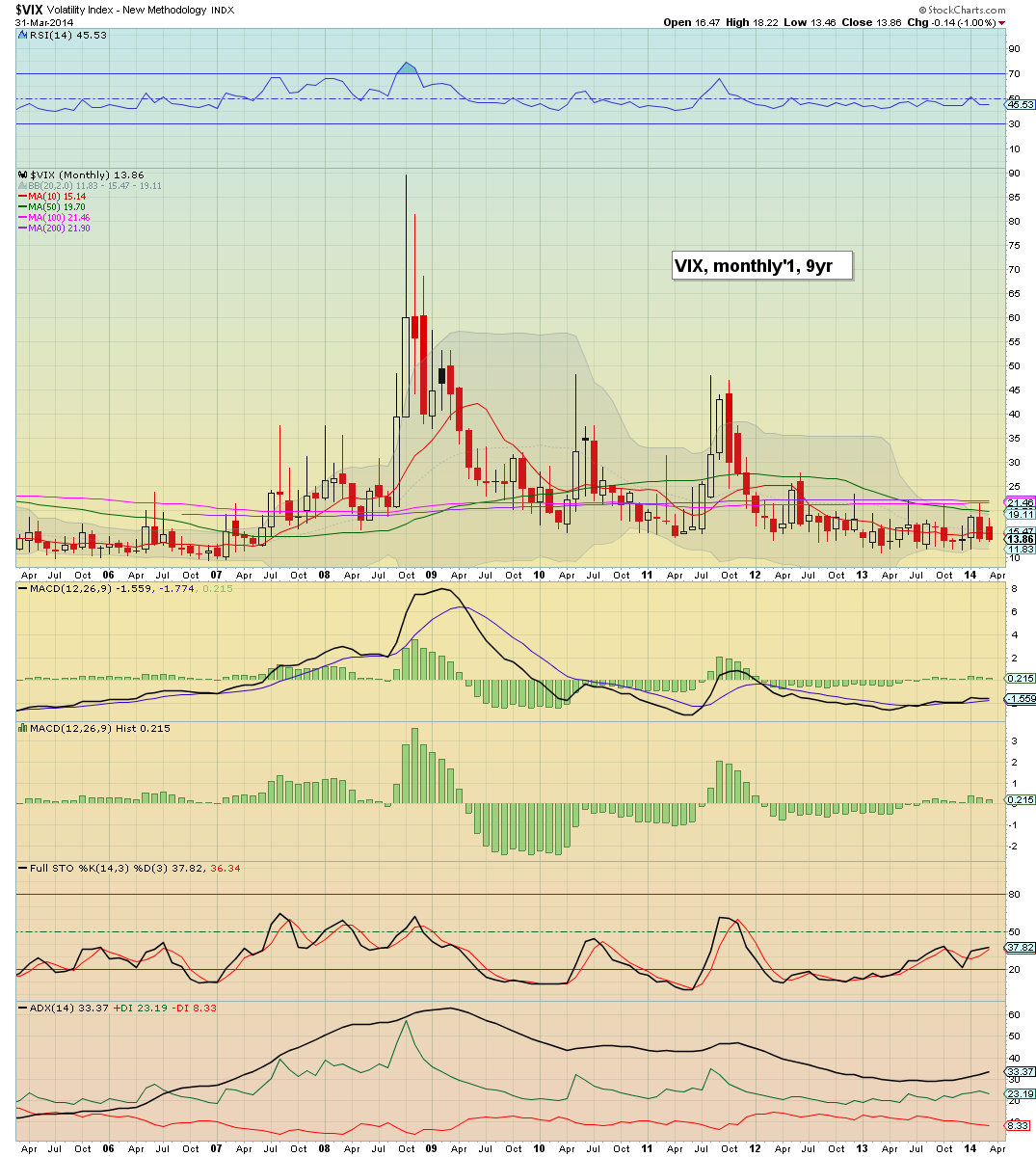 *a rare look at the VIX monthly chart, which had a net decline of -1% this March.
--

The hourly VIX cycle is arguably close to floored, but..if the equity bulls do manage to break >sp'1883, then VIX will be further crushed for the rest of this week.

Daily VIX candle was a reversal doji candle, the second consecutive reversal. Although MACD (blue bar histogram) cycle ticked lower for the third day... no sign of a turn yet.

The VIX 20s look very difficult, and are most certainly out of range, unless bears can take out the key low of sp'1834.
- 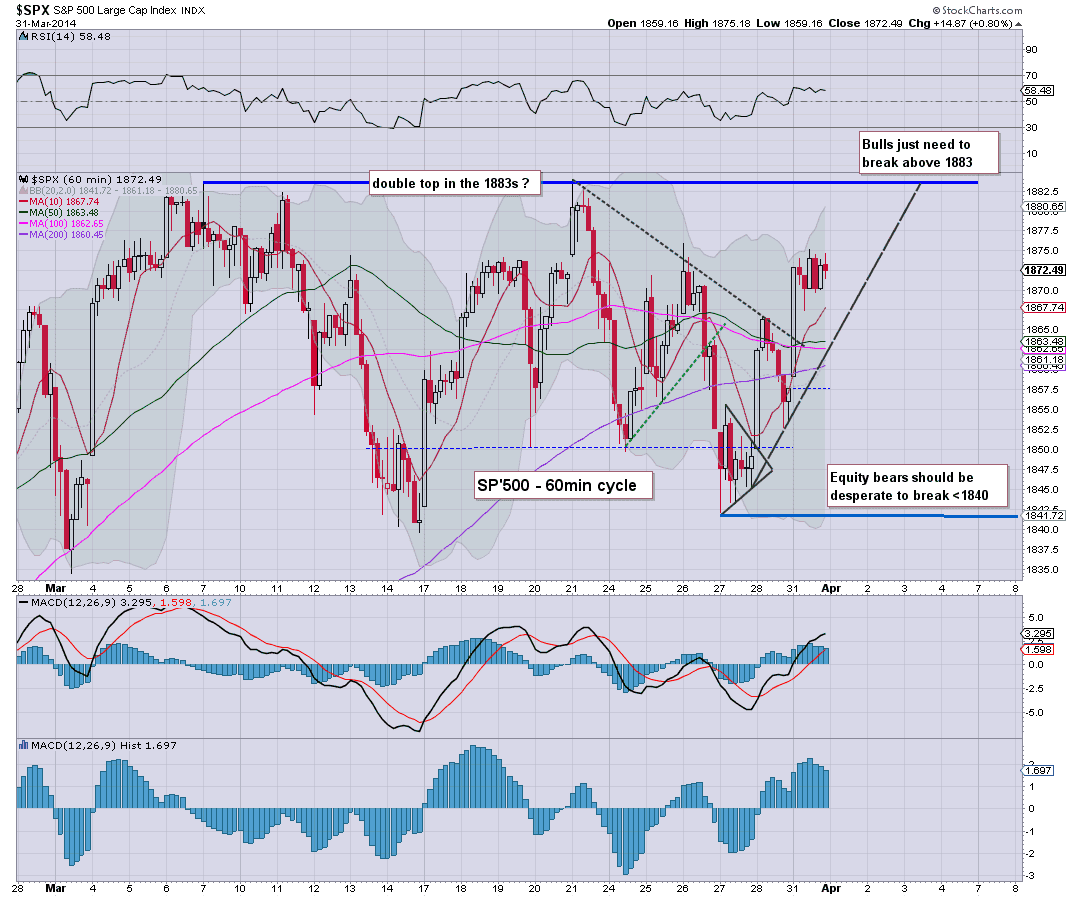 *minor weak chop in the closing hour, but nothing for the equity bears to get overly excited about.
--

..and that is a wrap for Q1. Certainly, the bulls remain in broad control, but we remain a tight range that is now four weeks old.

--
more later...on the VIX
Posted by Trading Sunset at 21:02:00
Email ThisBlogThis!Share to TwitterShare to FacebookShare to Pinterest

Equity indexes are still net higher on the day, especially the two leaders - Trans/R2K. As things are, the sp'500 is set to close March with net gains of around 0.7%. Metals are weak, Gold -$9, and set for a major monthly bearish reversal. VIX is weak..so far unable to hold the 14s. 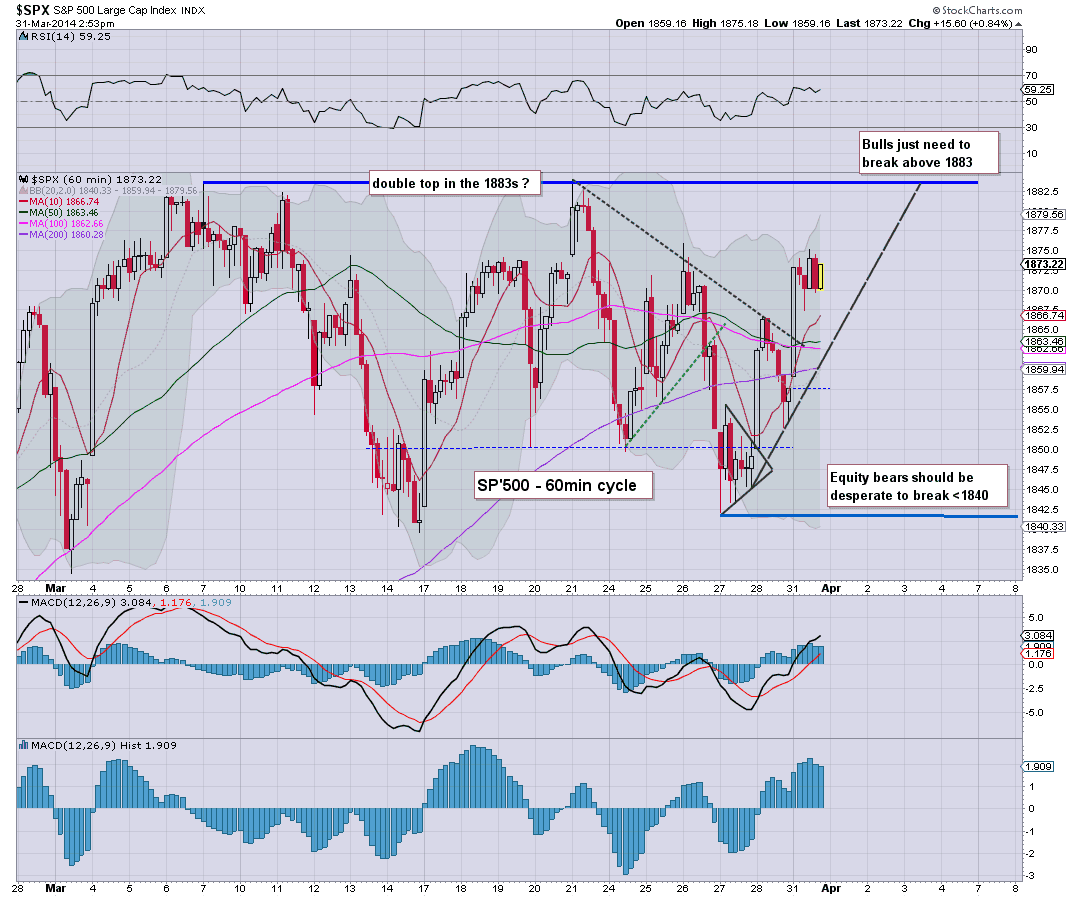 *I will probably do a limited monthly chart summary later this evening, although there is a lot to cover for this month, not least in commodity land.

Overall, most indexes look set to close higher, the notable exception is the R2K. The old leader - Trans, has monthly gains of around 3%.
-


3.13pm.. I am just going over some of the monthly charts for this evenings posts, some pretty interesting moves to cover..not least Copper, and Oil.

The QE prop IS being taken away...

It remains a 4 week period of chop...but near term momentum is with the bulls..but I'm sure not going long at these levels.

Well, thats it for another quarter..back at the close...with some end month updates..across the evening..especially on the precious metals..and miners.
Posted by Trading Sunset at 19:54:00
Email ThisBlogThis!Share to TwitterShare to FacebookShare to Pinterest

Equity indexes are holding the gains, but look very vulnerable in the remaining two hours of Q1 trading. VIX remains weak, a positive close would be a major sign for the bears.. but that won't be easy. Metals are weak, with Gold -$8. 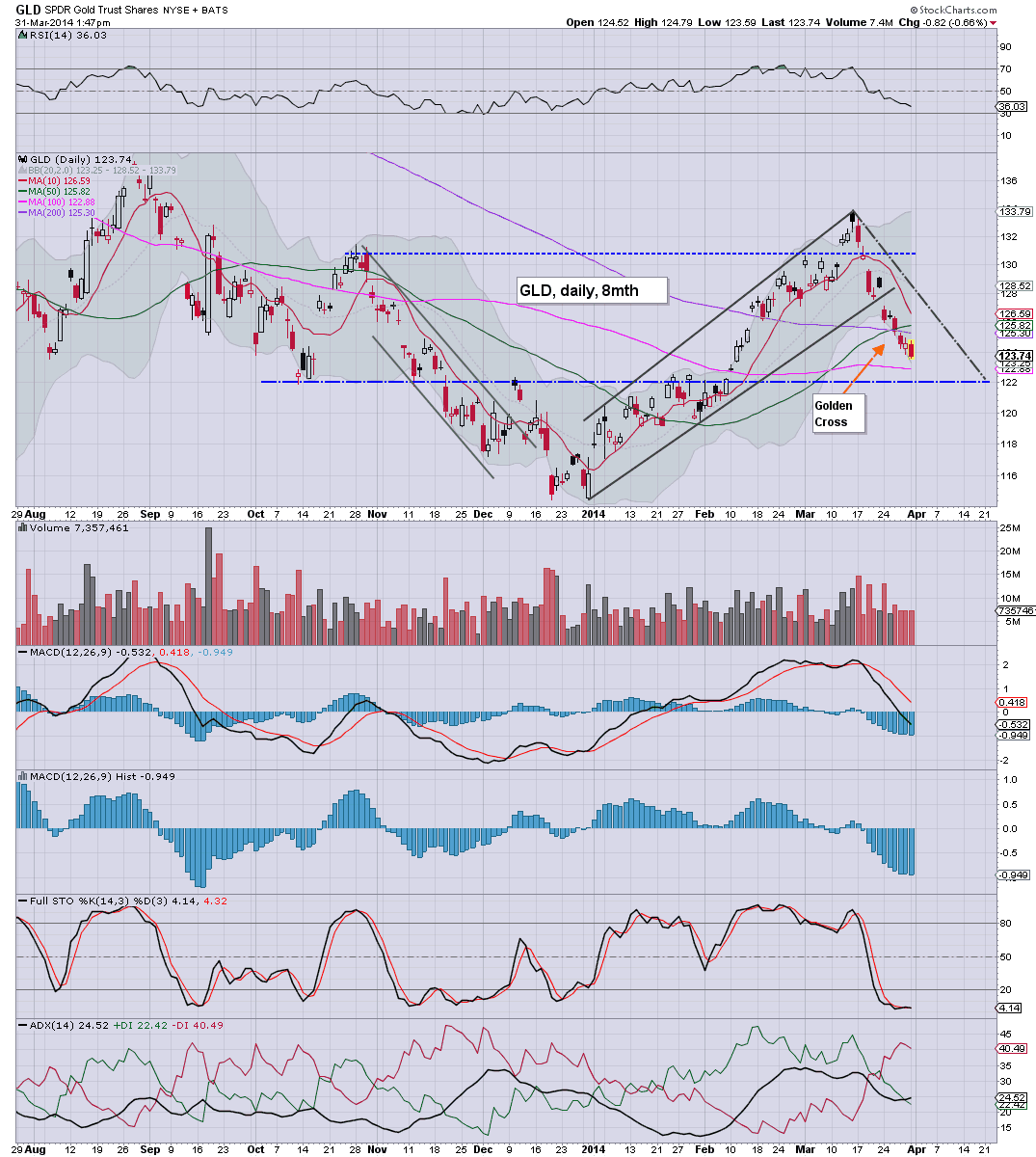 *the metals are indeed weak, and we'll see a major bearish reversal occur. More on that...on my Gold/Silver page..later.
---

As for equities...the hourly cycle sure is vulnerable. Either the bulls push hard here...or its going to break lower..yet again.

Considering the end month/quarter issues, the next two hours could see some pretty interesting moves.

Gold and Silver remain weak...for the bugs out there..a very disappointing month.
Posted by Trading Sunset at 18:51:00
Email ThisBlogThis!Share to TwitterShare to FacebookShare to Pinterest 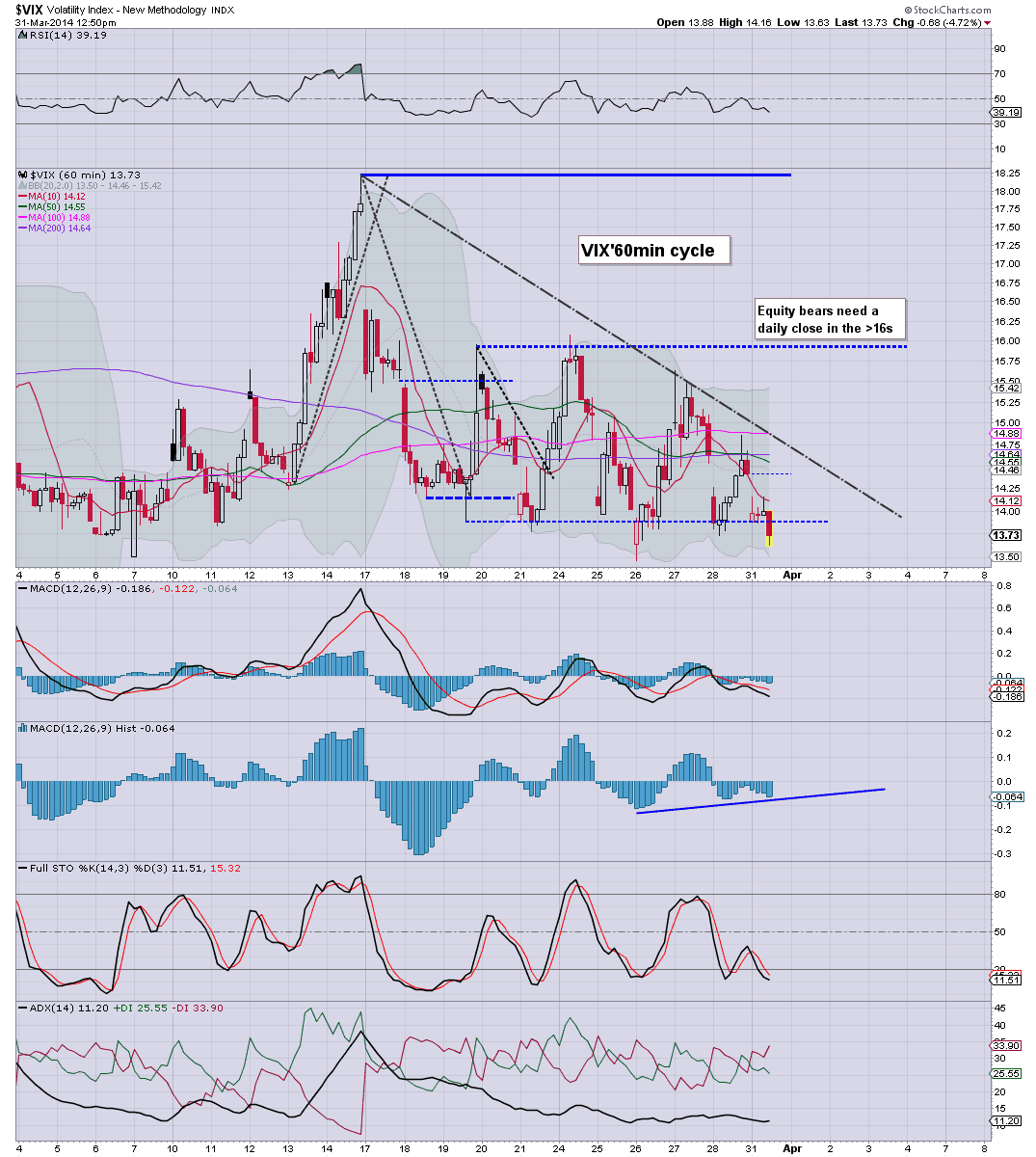 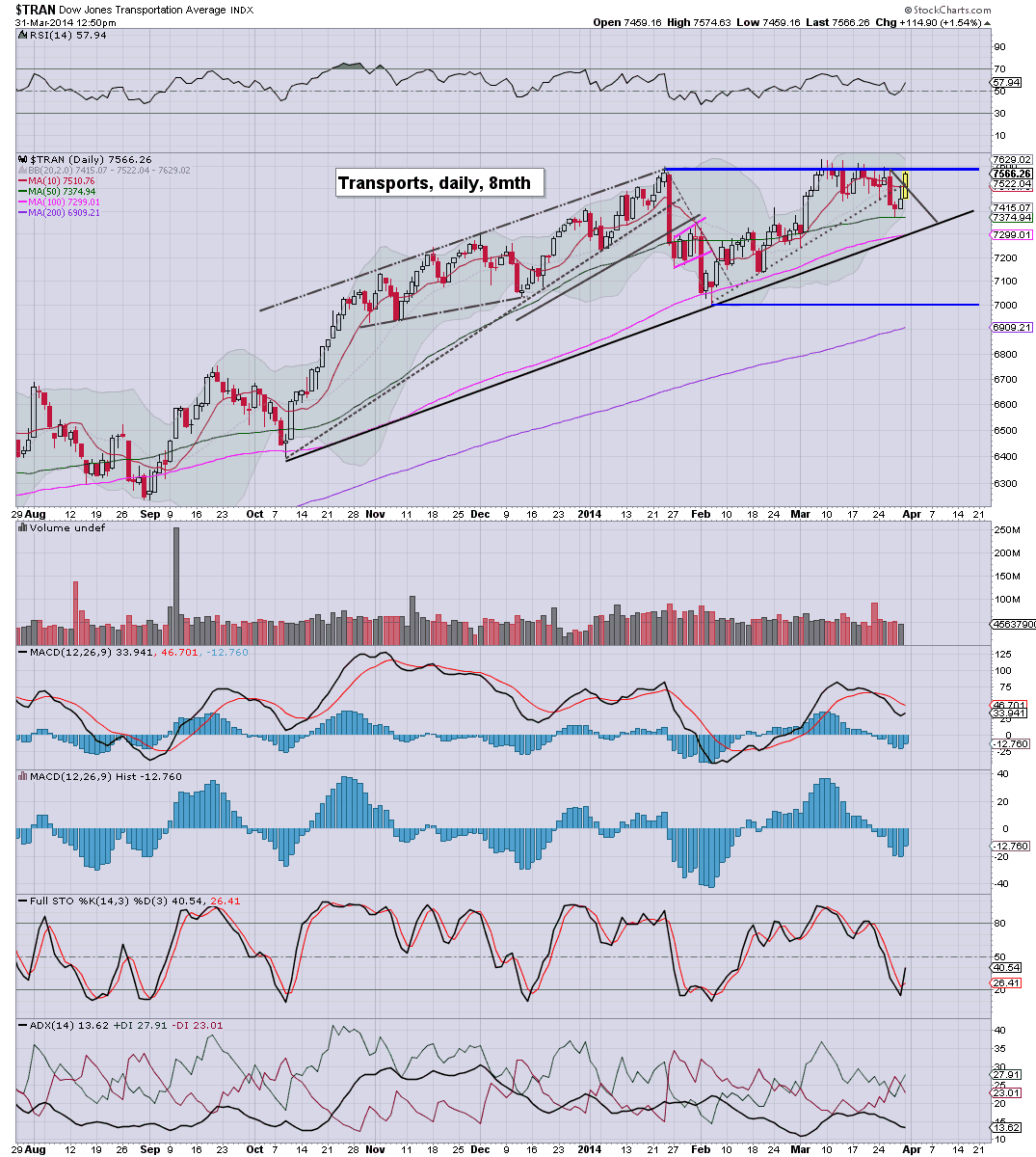 Metals.. weak, Gold -$5..and a bearish monthly reversal..WILL occur.
Posted by Trading Sunset at 17:51:00
Email ThisBlogThis!Share to TwitterShare to FacebookShare to Pinterest

12pm update - an interesting afternoon ahead

US indexes have seen morning gains in each of the past 7 trading days..yet each have faded to some degree. The rest of today will be particularly interesting, not least due to end month/quarter issues. Bulls need >1875 (although not necessarily today), whilst bears need <1852. 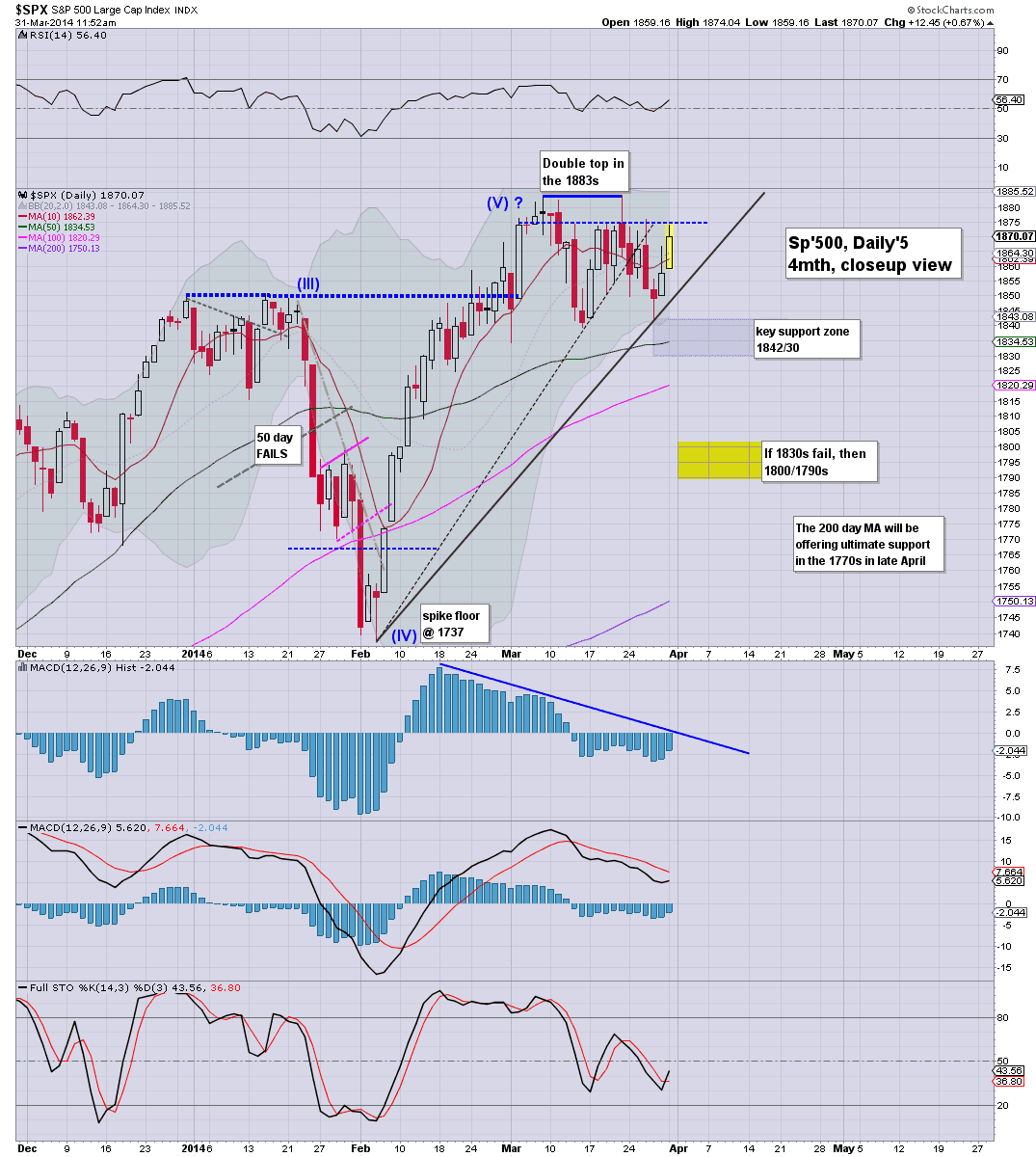 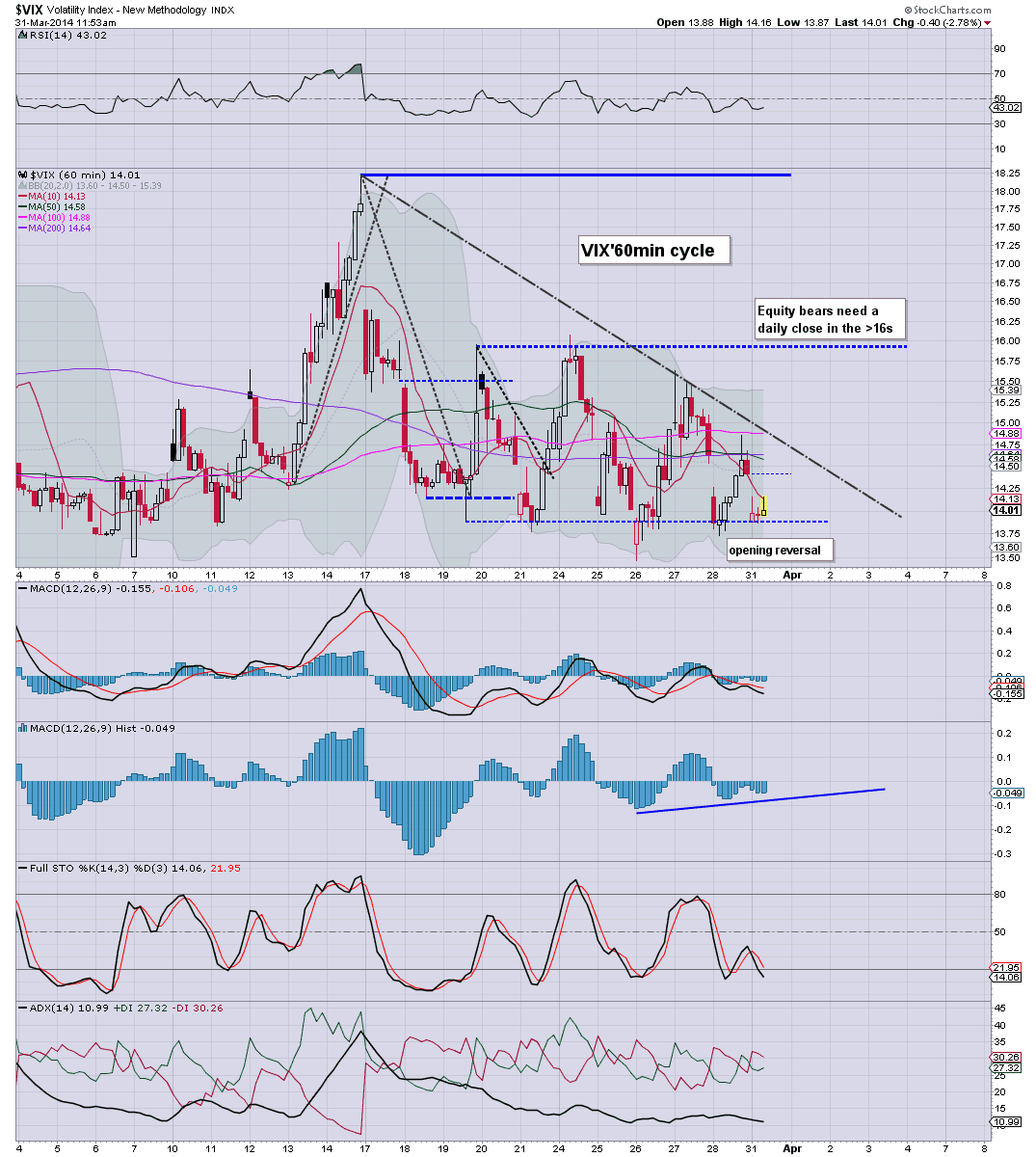 *yes, we saw another opening reversal candle for the VIX this morning.
--

Four hours left of the month..and quarter. With the hourly equity/VIX cycles looking prone to a turn...the bulls face pressure all the way into the close.
--


12.20pm.. VIX fails to hold the opening low...now @ 13.80. For the bull maniacs out there, this is a major positive sign.
Posted by Trading Sunset at 16:53:00
Email ThisBlogThis!Share to TwitterShare to FacebookShare to Pinterest

11am update - bulls have to keep pushing.. or else

US equity indexes are holding moderate gains, with the sp' having broken back into the low 1870s. VIX looks floored in the 13s (just how much lower could it go anyway?). Having seen no less than SIX previous failures to break higher, the pressure on the bulls will be high this afternoon. 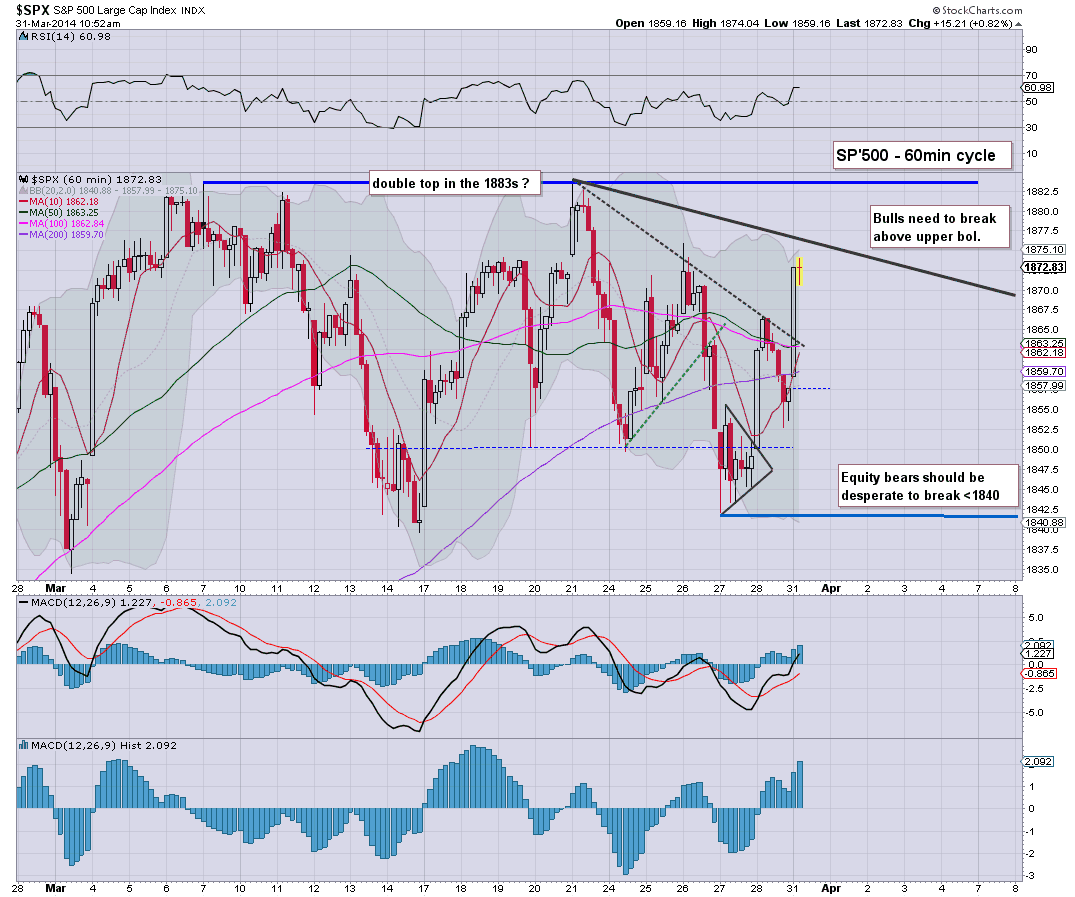 For those who think the market will break lower..the short-stop levels are obvious....aren't they?
-- 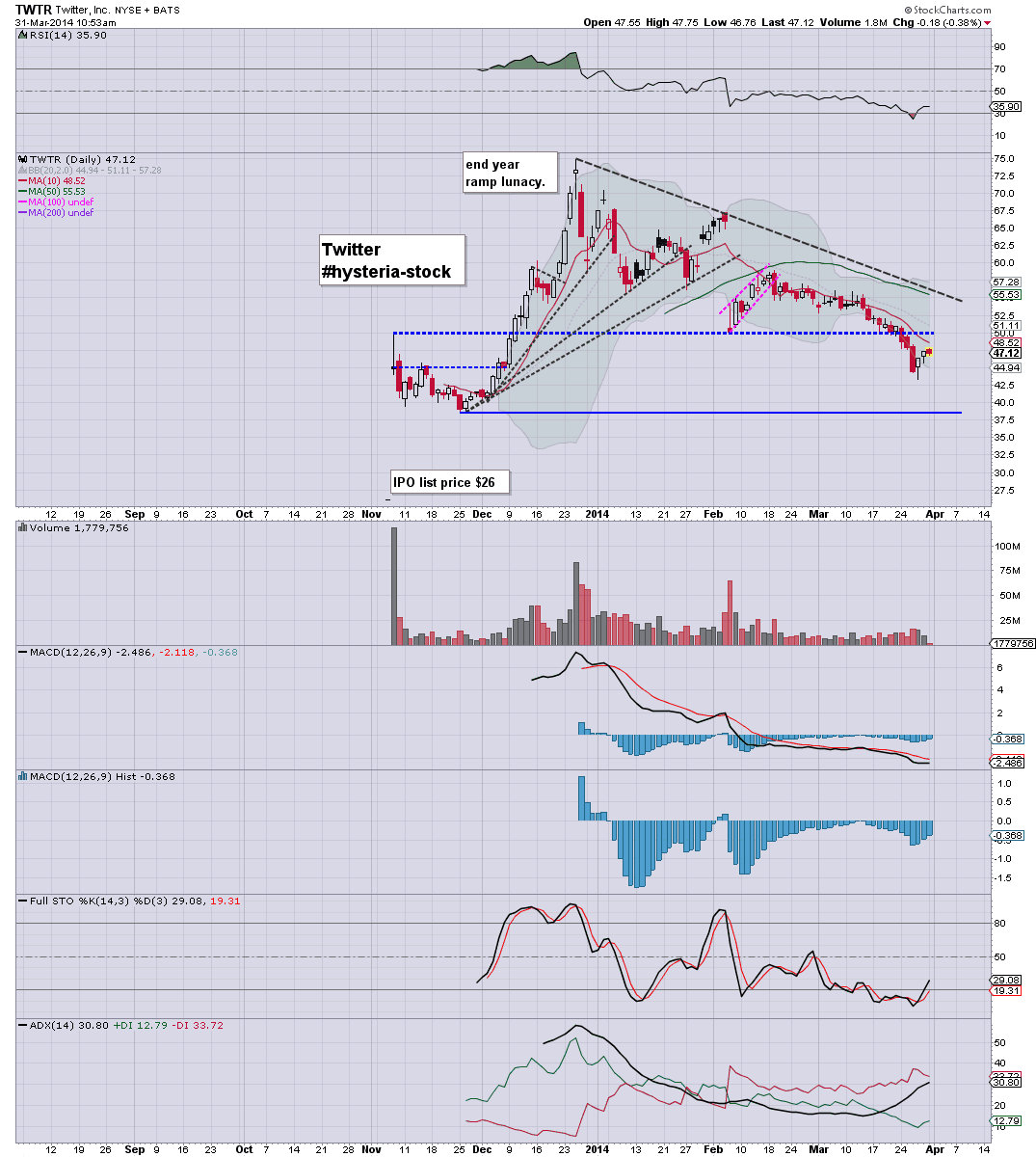 How many of the rats will want to cash out this afternoon for end month? Hmmm
Posted by Trading Sunset at 15:53:00
Email ThisBlogThis!Share to TwitterShare to FacebookShare to Pinterest

10am update - morning gains.. yet again

For the seventh consecutive day, the market opens higher... yet each time we've seen a rather significant reversal. Today is complicated with end month/quarter issues. VIX opens a little lower, but is already starting to rebound. Metals are weakening... Gold -$2 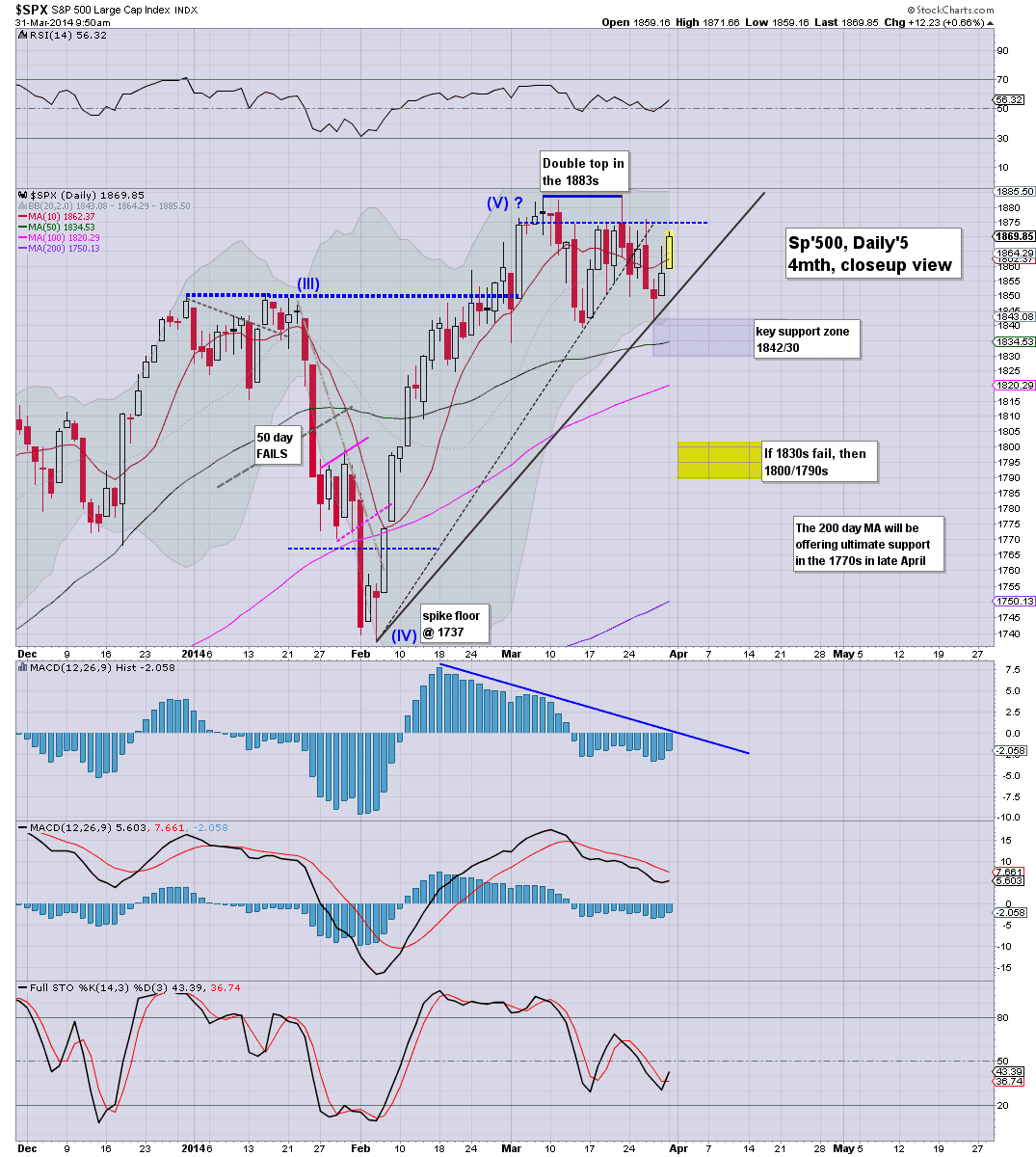 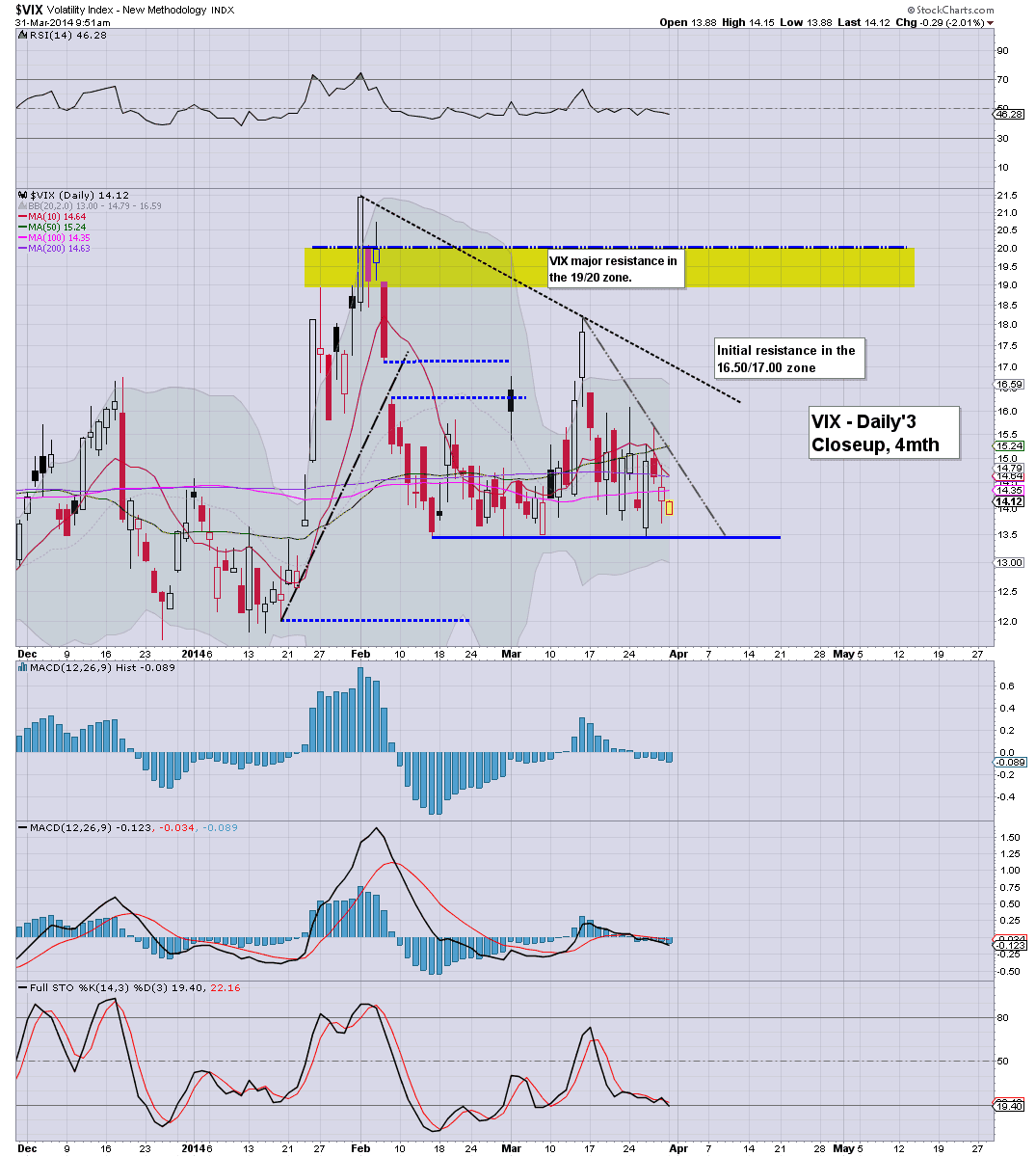 *opening reversal candle on the VIX. Underlying MACD cycle is kinda low.. and there is threat of the 16-18 zone this week.
--


10.15am.. hourly VIX cycle will be flooring soon...bulls...have 'issues' ahead this afternoon.
Posted by Trading Sunset at 14:52:00
Email ThisBlogThis!Share to TwitterShare to FacebookShare to Pinterest 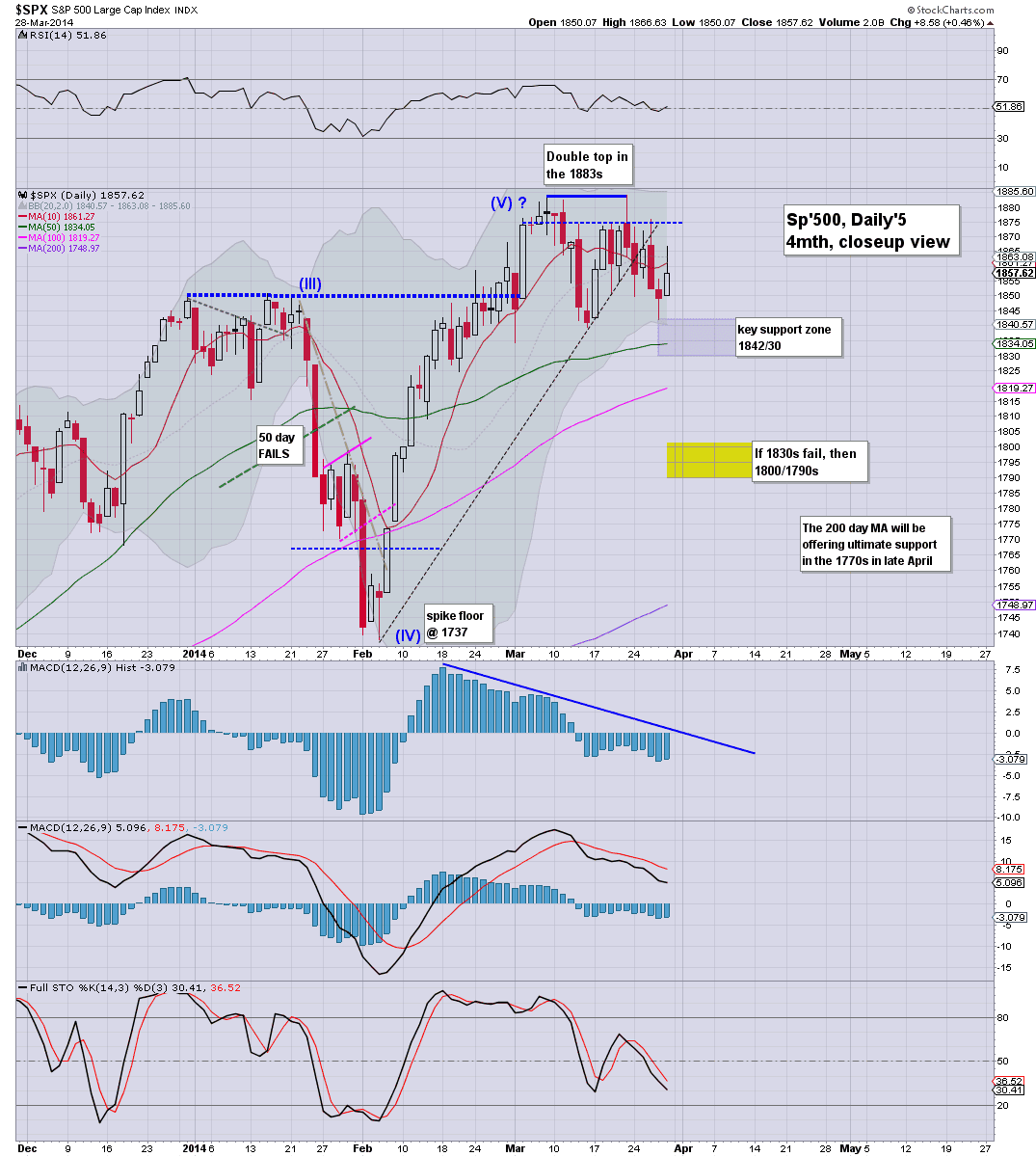 
9.45pm.. PMI 55.9... . that is a very clear miss....
Posted by Trading Sunset at 13:13:00
Email ThisBlogThis!Share to TwitterShare to FacebookShare to Pinterest
Newer Posts Older Posts Home
Subscribe to: Posts (Atom)