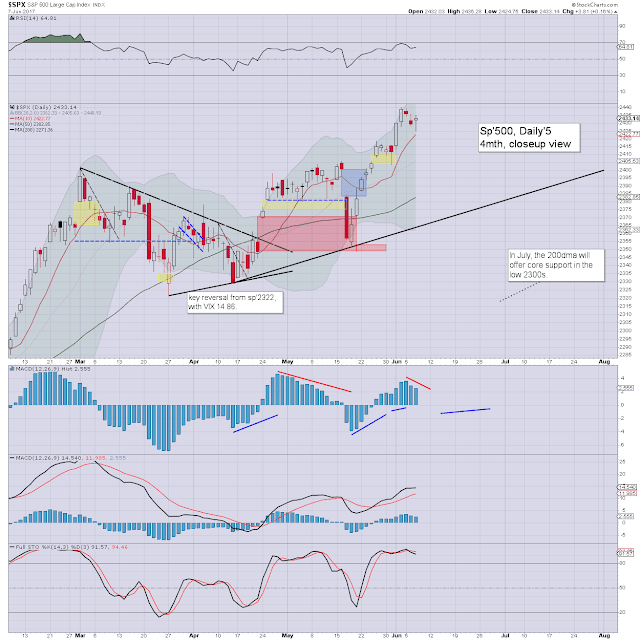 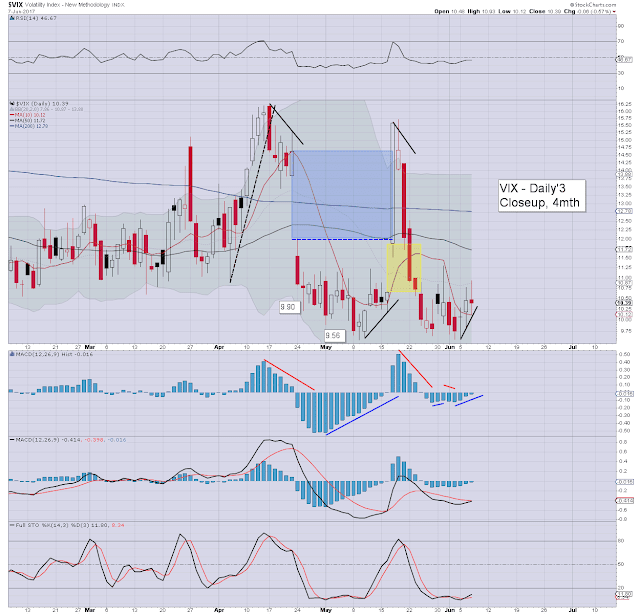 A day of minor chop, with a trading range of just 10pts. Near term outlook offers a washout of some degree. The 2410s seem far more likely than before the 2450s.

Market volatility itself remains subdued, but a little burst to the 11/12s seems probable. Are the low teens possible early Friday? Yes, but they won't likely be sustained for very long.
--

Thursday will see the UK populace vote, and the result will likely be somewhat messy. The most bullish outcome would be if May increases her majority, but that looks unlikely. The other two outcomes... a hung parliament, or worse.... a Corbyn victory would really upset the markets.

On balance, the threat is against the equity bulls. Early Friday will offer a brief washout to the sp'2400/00 zone. I suppose its possible we might see a brief foray under the 2400 threshold, but it won't likely be sustained.

Recent price action remains 'scary strong', and did everyone not notice the Nasdaq comp' actually broke a new historic high this past Monday?
--

As ever, extra charts in AH @ https://twitter.com/permabear_uk