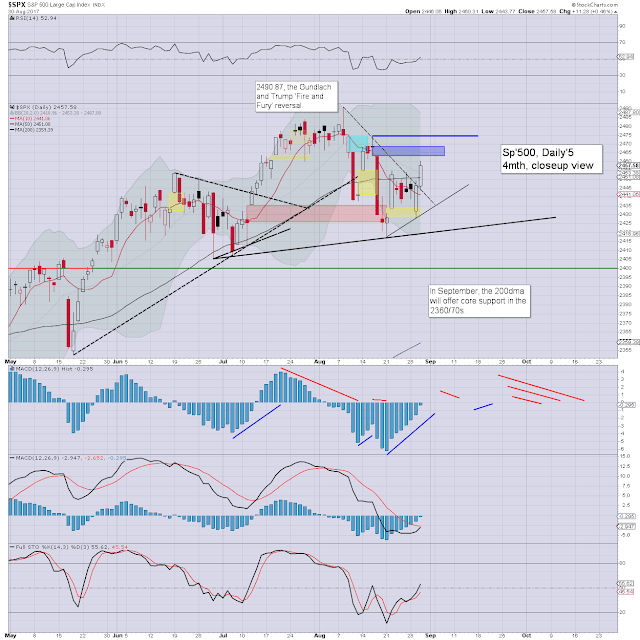 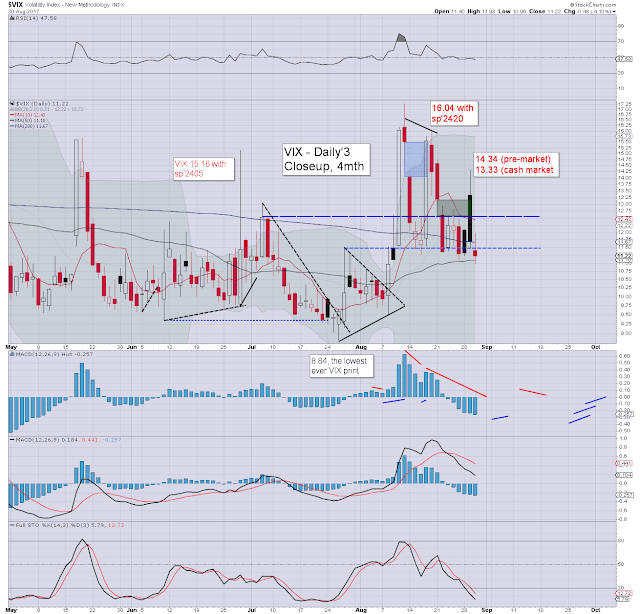 US equities opened in minor chop mode, but then quickly reversed upward, as it became a case of algo-bot upward melt. The sp' saw a high of 2460.31, still a notable 2pts shy of prime target, which remains a 'technical necessity'. Thursday offers weak chop, with another viable wave upward on Friday.

Market volatility was subdued, with the VIX briefly breaking into the 10s, and settling in the low 11s. Another surge in the VIX seems due within a week or two, although the key 20 threshold looks far more viable in October.
--

The 3 day holiday weekend will soon be here, and my thoughts are already stretching ahead to what is the 'delicate period' of Sept-October. There is already the usual crashy talk from the usual suspects, whilst most others are just expecting a 5% correction, before pushing upward into spring 2018. As things are, I'm with the latter.

The following is something a fair few others have noticed, and are seeking to play out by mid October. 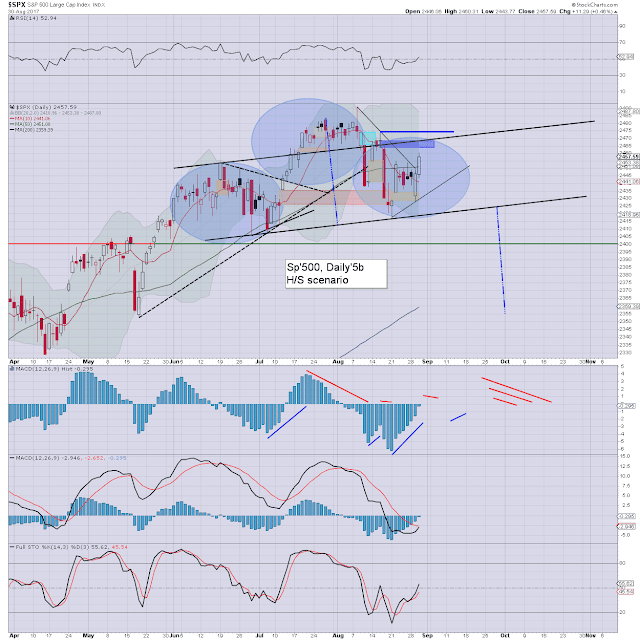 Effectively, near term maxing out within the 2460/70s, then a week or two of chop, and eventually breaking the neckline, the key low of 2417, and declining to the 2350s. In the scheme of things, such a wave would only be moderately exciting, but it'd make for at least a couple of trades.

A Sept' or October close under the monthly 10MA would merit alarm bells, and offer a 20% down wave. Right now, I do NOT expect such a monthly close.
--