The VIX opened a little lower, putting in a classic hollow red reversal candle. As equities lost their opening gains, VIX battled higher. With a somewhat severe closing hour drop in the market, we saw the VIX explode, closing in AH trading +34% @ 18.99. 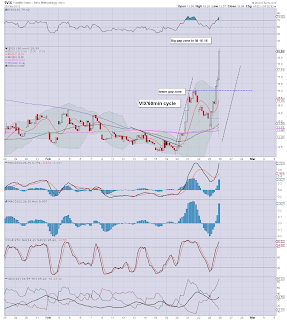 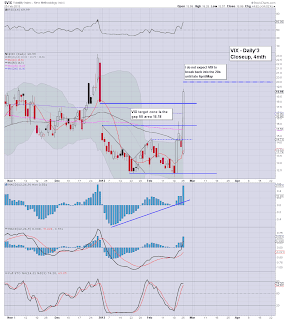 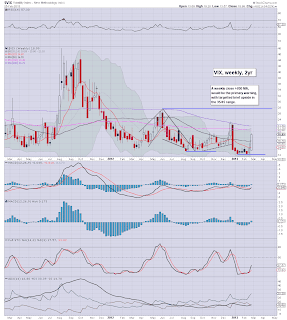 The action in the VIX sure was crazy today . I don't think many expected VIX in the 17s..never mind the 19s!

We have FULLY filled the giant gap from the VIX collapse in early January.

The weekly VIX MACD cycle is now positive..and does offer a potencial 'nuclear phase'..but we need to put in a daily..and weekly close in the low 20s..first.

As it is, my best guess..we floor around sp'1480..and then at least one further major wave higher.

A very interesting day, with the indexes seeing a strong reversal after opening moderate gains. Most significant, the VIX breaking 30% higher into the 18s. 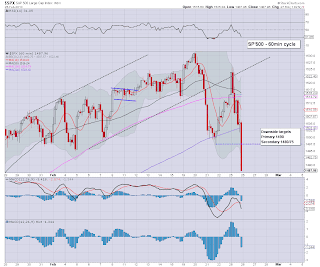 A somewhat severe closing hour candle...the most dynamic action we've seen in at least 3 or 4 months.

VIX confirming some real concern..with a break into the 19s!

--
*I bailed on both my short blocks at 3.45pm. Its been a messy few days, and I'm far more content to start afresh tomorrow.
Posted by Trading Sunset at 21:01:00
Email ThisBlogThis!Share to TwitterShare to FacebookShare to Pinterest

The opening index levels look a long way up now. It would seem the earlier bullish hysteria was a real failure. The VIX has already broken into the 17s...which is something of a surprise considering we did not yet take out the 1497 low. 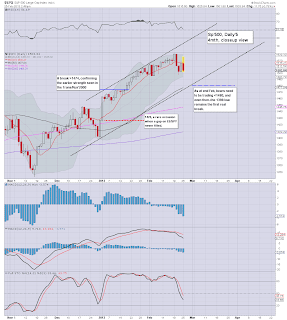 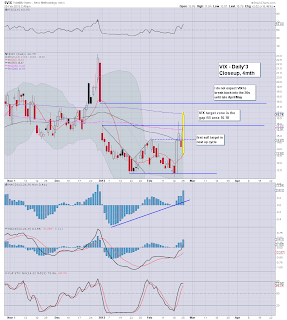 The VIX really is something of a surprise today. It seems to have a bit more power than I thought viable.

back after the close
--

I'm done.  it remains a nasty market.
Posted by Trading Sunset at 19:50:00
Email ThisBlogThis!Share to TwitterShare to FacebookShare to Pinterest

Its a bit choppy, but the indexes are still slipping. From a fibonacci perspective, sp'1480 sure would be a natural place for this wave to floor, not least with the 50 day MA also lurking. VIX is breaking back into the 16s. 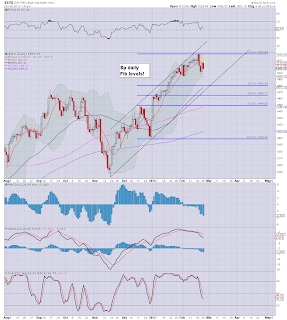 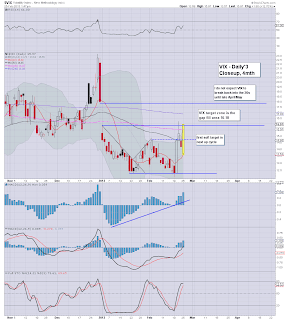 --
back at 3pm
Posted by Trading Sunset at 18:48:00
Email ThisBlogThis!Share to TwitterShare to FacebookShare to Pinterest

The US market continues to react directly the Italian election forecasts. Its likely going to be a real mess into Tuesday..at which time we then have round'1 of the Bernanke. VIX is confirming the turn lower. 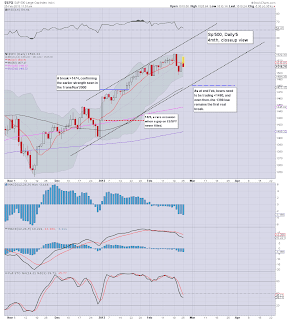 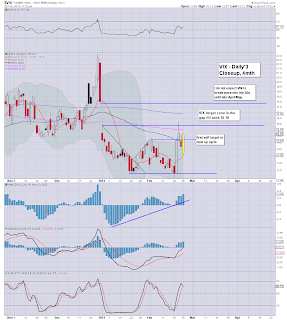 Its kinda interesting now, but I sure won't be remotely pleased until I see a daily close <1497..and even then, I simply can't envision a near term scenario where we are trading <1480.

In other news.. Affymax is having issues...with a drug recall. It has a product line of one..and it can't sell any of it. 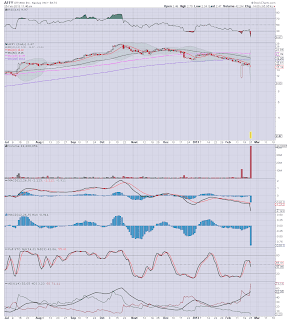 It doesn't get much uglier than that. Wanna catch that falling knife? Huge volume. Despite the fall, could easily be <$1 later in the week.


back later
Posted by Trading Sunset at 16:54:00
Email ThisBlogThis!Share to TwitterShare to FacebookShare to Pinterest

So..with the italian market collapsing 4% in mere minutes - at the thought of Berlusconi returning, the US markets are following. What is clear, bears can't be even moderately pleased until we see a daily close <1497. 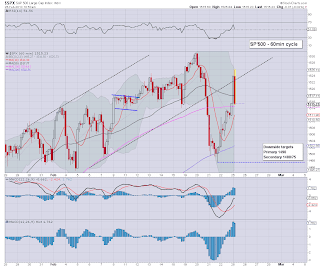 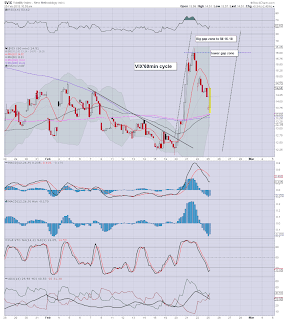 In addition to the equity reversal, we're seeing some good confirmation in the VIX.
--
Posted by Trading Sunset at 15:54:00
Email ThisBlogThis!Share to TwitterShare to FacebookShare to Pinterest

The bulls have to be laughing at yet another opening gap higher. The two day decline now seems a distant memory. All those touting a collapse wave will be retreating right back into their holes today. Dollar is moderately weak..and that is probably helping kick the metals an extra bit higher. 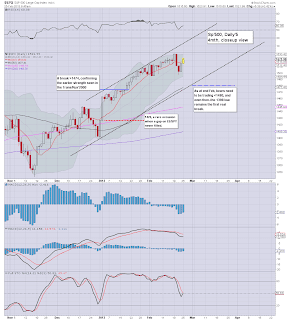 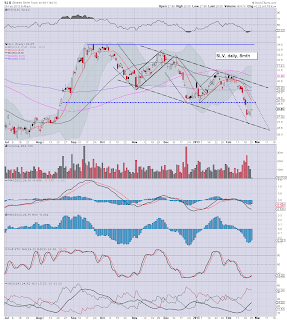 Why would anyone believe anything has changed?
-- 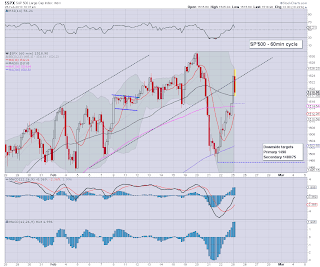 Unless we're break the Thursday low of 1497, it all counts for nothing though.
Posted by Trading Sunset at 14:48:00
Email ThisBlogThis!Share to TwitterShare to FacebookShare to Pinterest
Newer Posts Older Posts Home
Subscribe to: Posts (Atom)