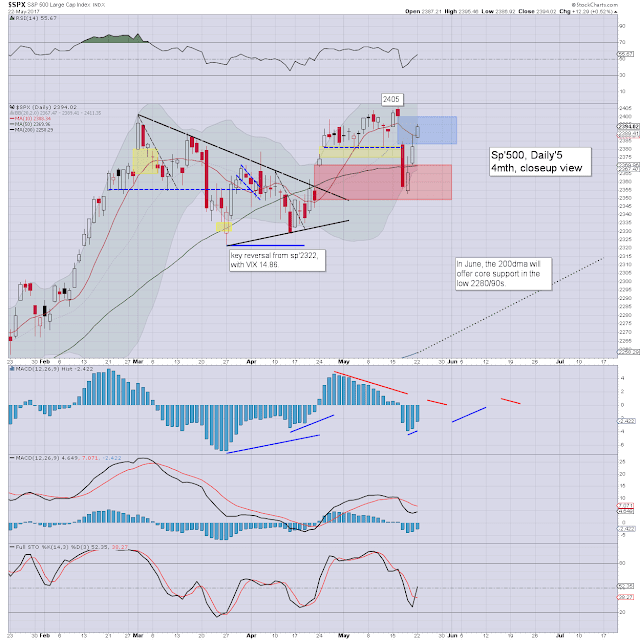 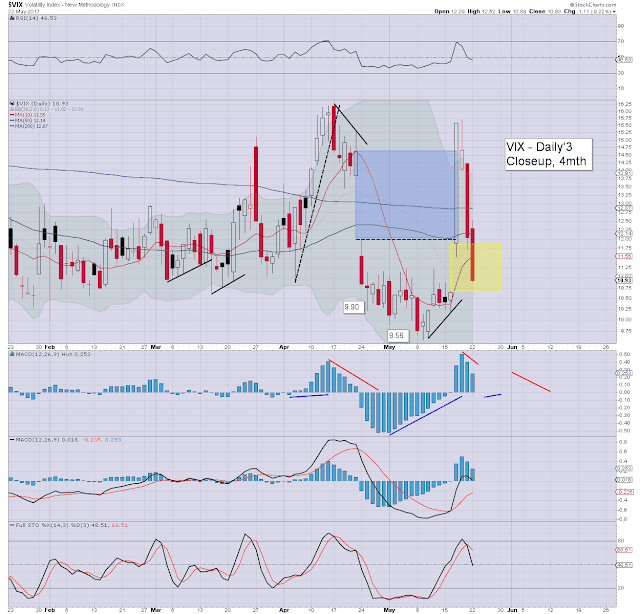 It was a day for the equity bulls, as the recovery that began Thursday morning from sp'2352 continued. Its notable that today's high of 2395 was a mere 10pts shy of last week's historic high. Market volatility was naturally still continuing to cool, with the VIX falling back into the 10s.

Despite today, near term outlook remains unchanged.The US market will be cyclically inclined to increasingly lean weak..
--


Katie agrees with yours truly 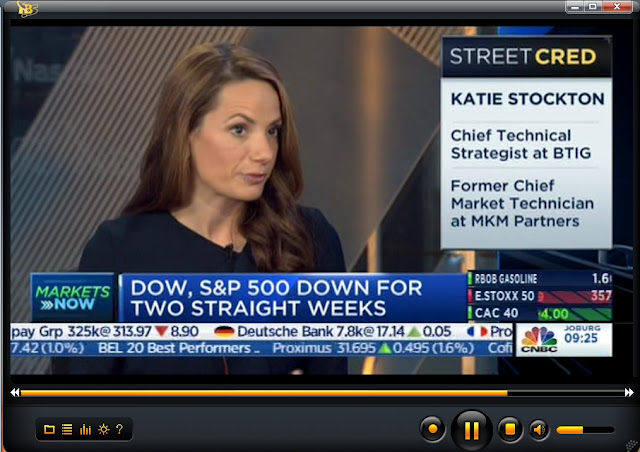 Watching the breakfast show on clown finance TV this morning (I rarely do), there was an appearence from Katie Stockton. Her outlook was effectively the same as I hold. Short term weakness to around sp'2340, but broader mid term upside to 2640 (my year end target is 2683).

I would refer anyone who didn't read my weekend post to go look.
--

It has indeed happened again. After a wait of 25 years, season'3 of Twin Peaks began last night on Showtime.