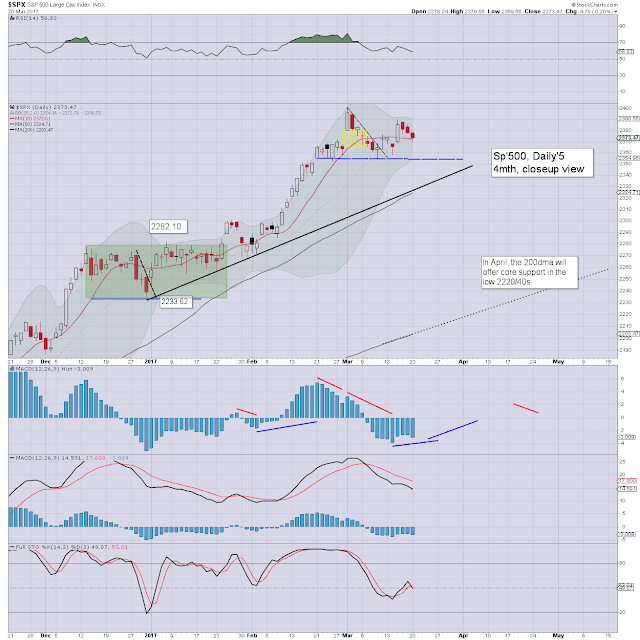 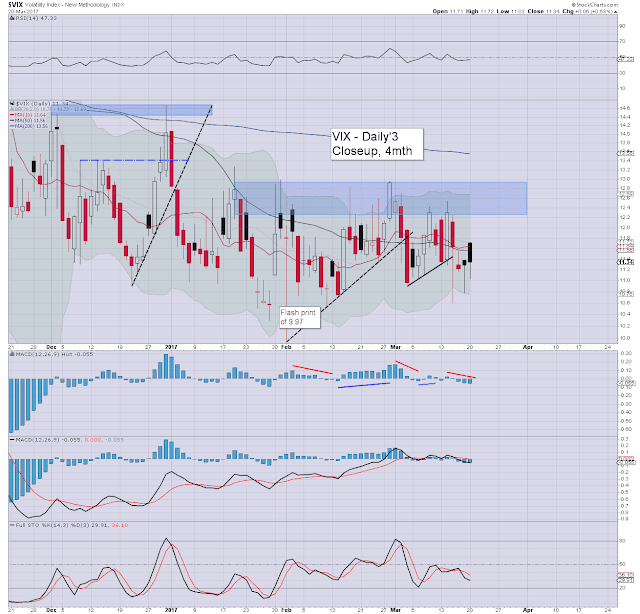 The week began on a pretty subdued note (don't I say that every week?), with the market seeing an afternoon swing from sp'2369 to 2376. The drama!

VIX remains naturally subdued.. still entirely unable to reach the 13s - last seen Jan'19th. Its notable we sure are seeing a great many black-fail daily candles, as any equity downside is usually reversed later in the day.
--


Yours truly wants your support.

I'm trying something new, and want to see if I can capture some added attention via Twitter. I'm aiming to post 3-5 charts each day in the late evening.

If you want to help.. retweet!   No... 'likes' don't count, and do nothing to build my audience, which is the primary aim of this endeavour.