Santa will soon be here 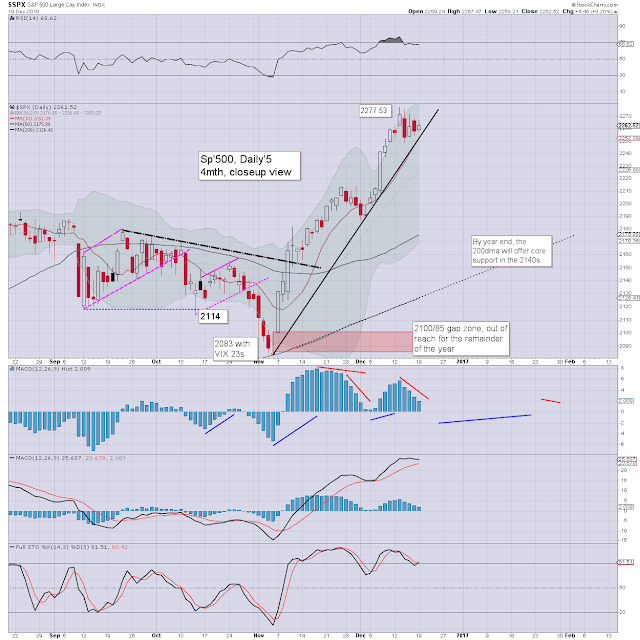 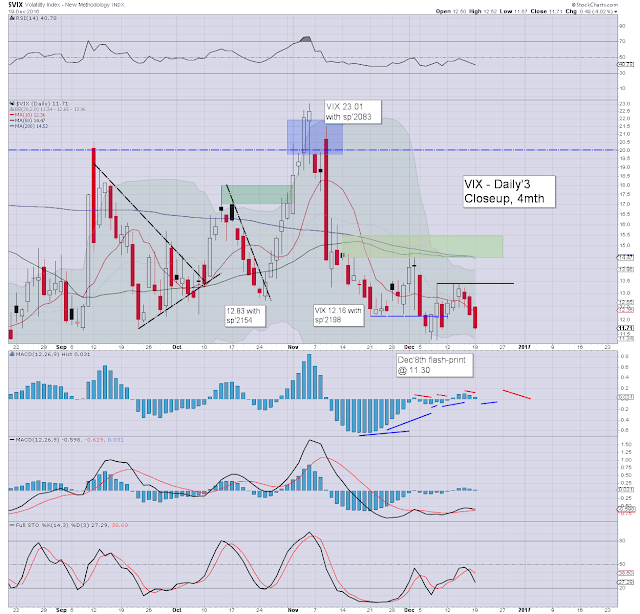 It was a very subdued day in market land, leaning moderately positive, as short term.. we've been a little oversold.

The daily equity MACD (blue bar histogram) will likely see a bearish cross late tomorrow/Wednesday, and that does offer a brief foray to the 2240/30s, before the next big surge into early 2017.