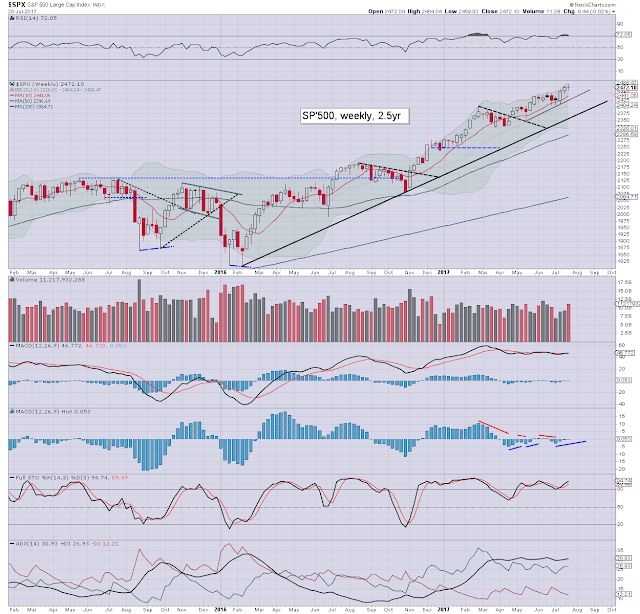 The sp'500 effectively settled the week u/c at 2472, but with a notable new historic high of 2484. The key 10MA is currently at 2441. Underlying MACD (blue bar histogram) cycle is fractionally positive. Its notable the upper bollinger will be offering the 2500s by mid August.

Equity bears have nothing to tout unless short term price action <2425. Mid term rising trend will be around 2360 next week, and that looks out of range. Further, with the August open next Tuesday, the monthly 10MA will jump to around 2350. Unless that is broken and closed under, the broader bullish trend - from Feb'2016, is unquestionably intact.
-- 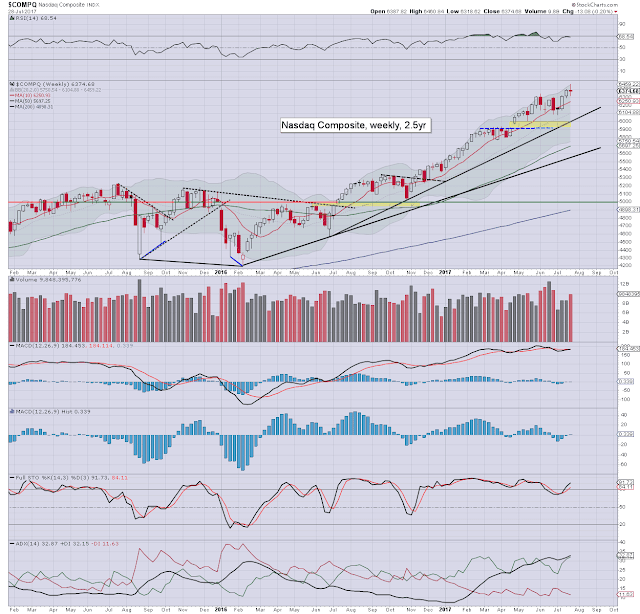 The Nasdaq settled -0.2% at 6374, but with a notable new historic high of 6460. Near term is bearish, but there is huge support in the 6100s which should hold. Things only turn bearish with a break of rising trend, which next week will be around the 6k threshold. Upper bollinger will be offering the 6500s in August. The 7000s are well within range before year end. At the current rate of increase - since early 2016, the Nasdaq comp' will hit 10k within 2.5-3.0 years. 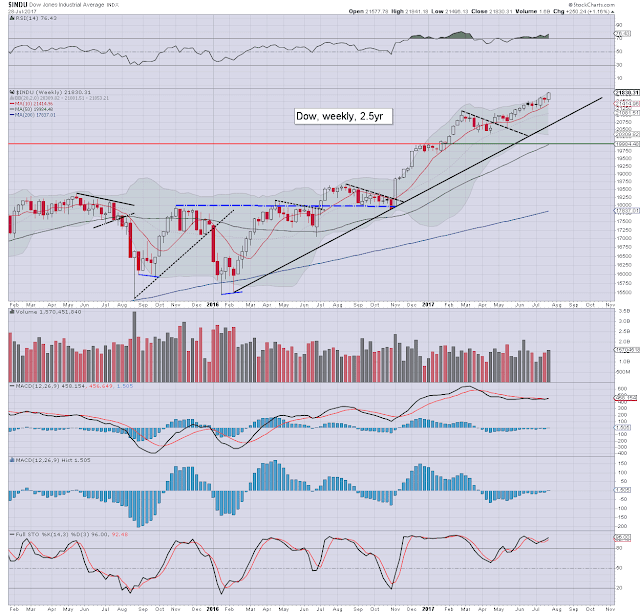 The mighty Dow was the leader this week, settling higher by a significant 1.2% to 21830, with a notable new historic high of 21841. There is threat of a little cooling early next week, but the 22000s now look highly probable by late August. Underlying MACD has turned positive for the first time since late March. In theory, the Dow could see cyclical upside into mid/late September. The 23000s are now within range before year end. 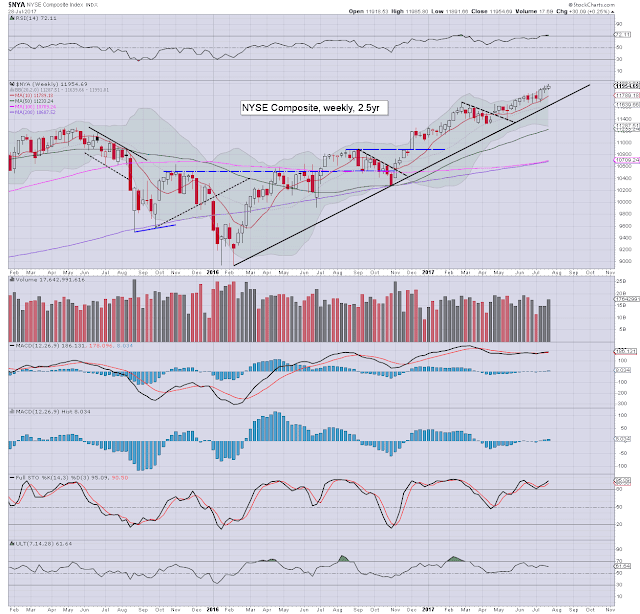 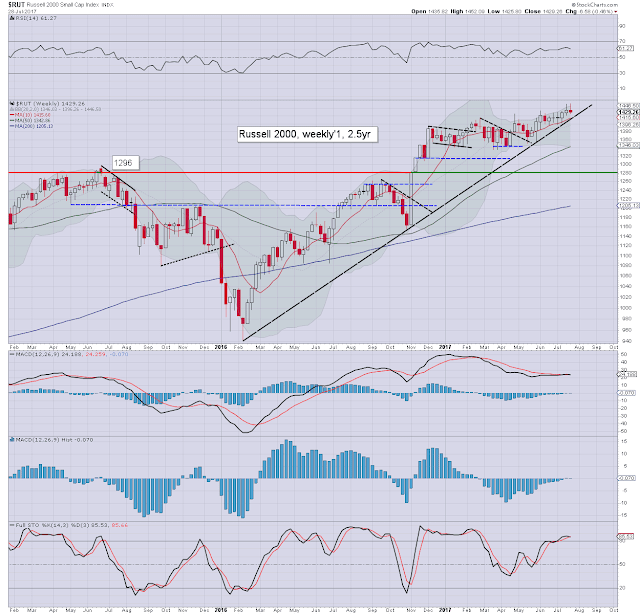 The second market leader - R2K, settled -0.5% at 1429, but with a notable (if fractional) historic high of 1452.09. Price momentum has turned fractionally negative around the zero threshold, which is rather bearish. Rising trend will be around 1415 next week, and that does look very vulnerable to being broken, which would offer downside to 1350/40s. The R2K is the most vulnerable index to breaking mid term rising trend - from early 2016, and it merits attention as a possible early warning of trouble. 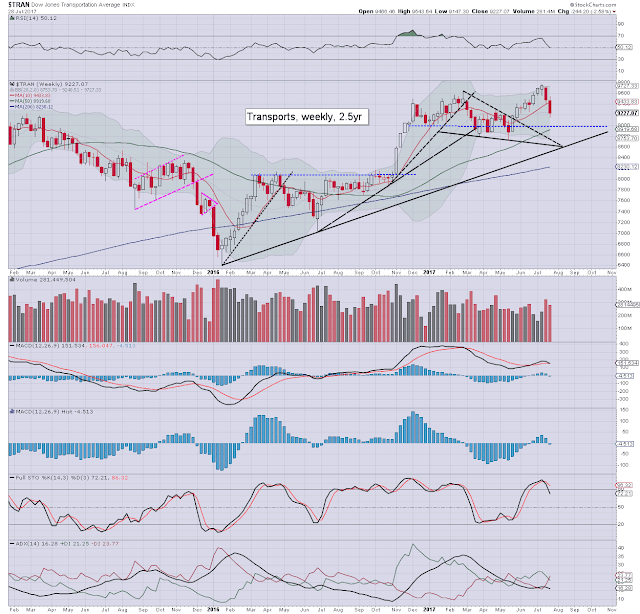 The 'old leader' - Transports, settled significantly lower for a second consecutive week, -2.6% to 9227. MACD cycle has turned negative, and offers further near term downside to around the 9k threshold. Any break <9k would offer a bonus washout to the 8700/600s.
--

Most indexes have around 5% of downside buffer, before key aspects of mid term support are challenged.
--

A monstrously filled week of corp' earnings and econ-data is ahead...

*keep in mind, Monday is end month, and thus price action will likely be more dynamic, with higher volume, esp' in the late afternoon.

**Fed officials Mester and Williams are both scheduled for Wed'.
--

*the next post on this page will likely appear 6pm EST on Monday.