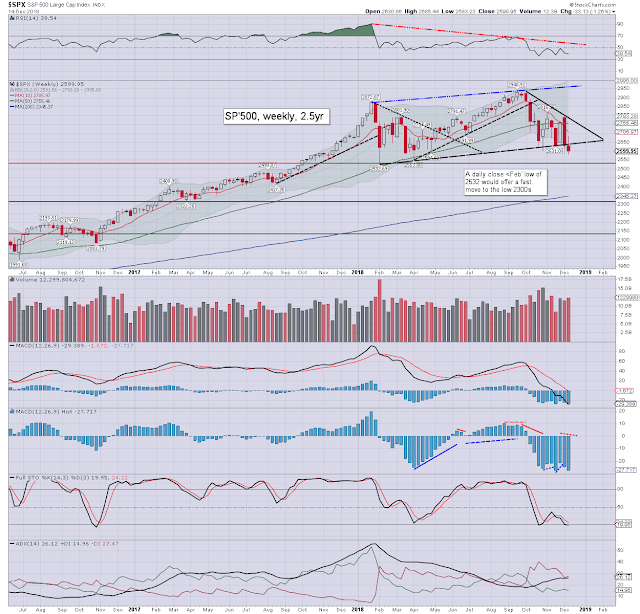 The sp'500 fell for a second consecutive week, the fourth week of five, with a net decline of -33pts (1.3%) to settle at 2599. MACD (blue bar histogram) cycle continues to increasingly favour the bears. It can be argued we're cyclically very low, but that has been the case since late October.

A formal test of the Feb' low of 2532 appears a given, whether before the FOMC, or shortly after. Any daily close <2532 will offer grander downside to the 2300/250 zone. The bigger monthly charts suggest the latter zone will be seen no later than late Jan/early Feb, which is a seasonally weak time.
-- 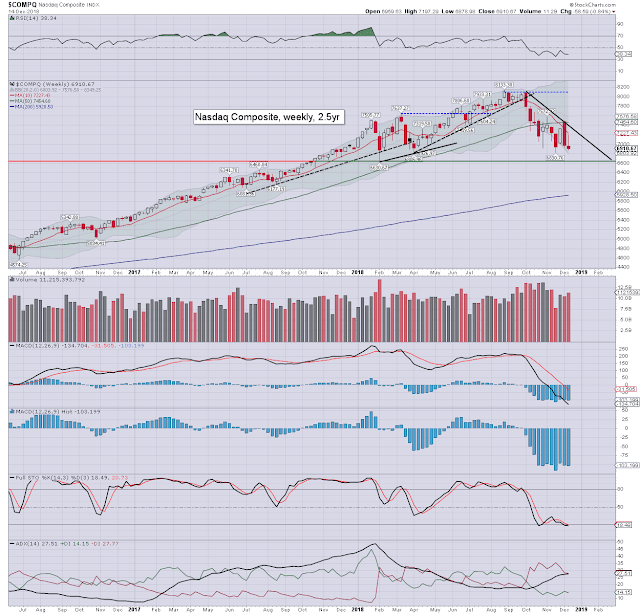 Tech was the most resilient index this week, seeing just a moderate decline of 0.8% to 6910. Further cooling to the Feb' low of 6630 appears highly probable. A daily close under 6630 will offer grander downside to giant psy'5K. 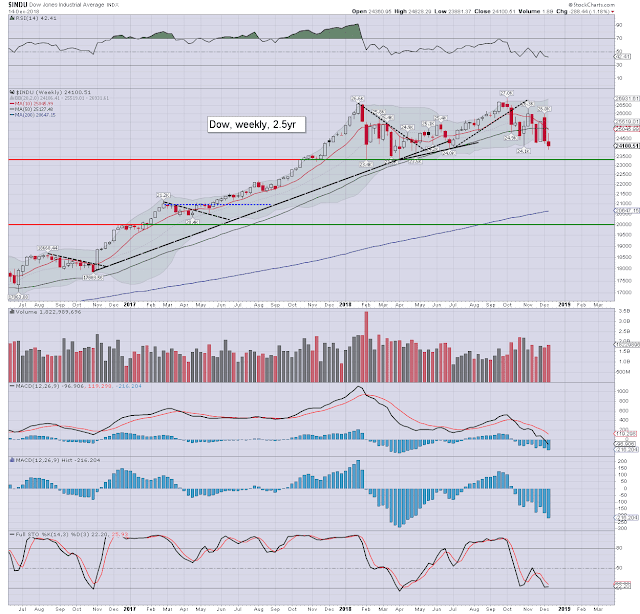 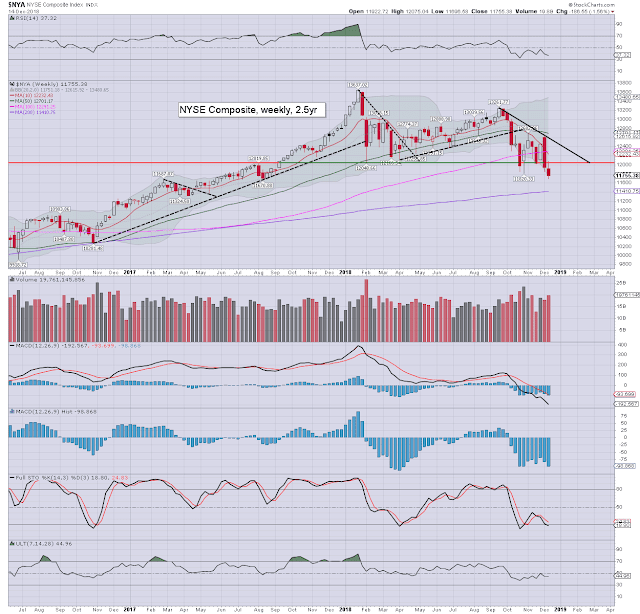 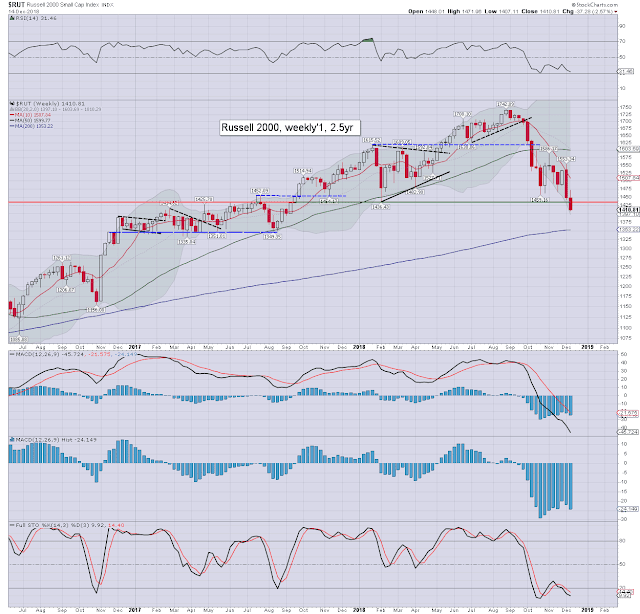 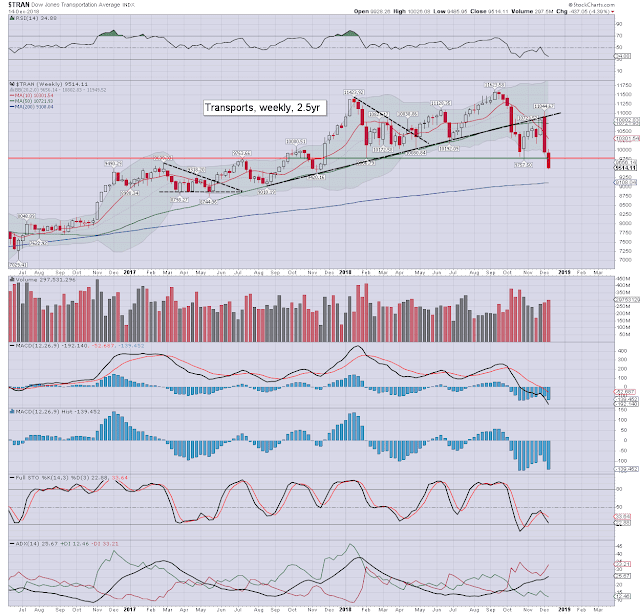 The 'old leader' continues to lead the way lower, settling -4.4% at 9514. Last week's bearish engulfing candle was indeed a warning of trouble, as the tranny is back to levels last seen in Nov'2017. Next support is around 9k, with secondary of the 8700s.
–

All six indexes closed net lower for the week.

The Transports is leading the way lower, whilst the Nasdaq was resilient.

With the Trans, R2K, and NYSE comp' having decisively taken out their Feb' lows, the Sp'500, Dow, and Nasdaq comp' can be expected to follow.

*It will be the last 5 day trading week until the week of Jan'7-11
**there are just 9.5 trading days left of the year

Whilst the US econ-data is still coming in broadly fine, its increasingly problematic in other parts of the world. In particular, the EU appears close, if not already in recession. When the Q4 GDP print for Germany appears in mid/late January, it will likely also be negative, making Germany officially in recession. Where Germany goes, the rest of Europe can be expected to follow.

There is the recent break in the US bond market. If the US 10yr does cool to natural target of 2.25%, it will result in far higher bond prices, which will have bearish implications for equities.

Whilst many within the mainstream are still seeing the ongoing equity cooling - since the Sept'21st high of sp'2940.91, as just a mid term correction, it increasingly appears to be the start of something bigger.
--