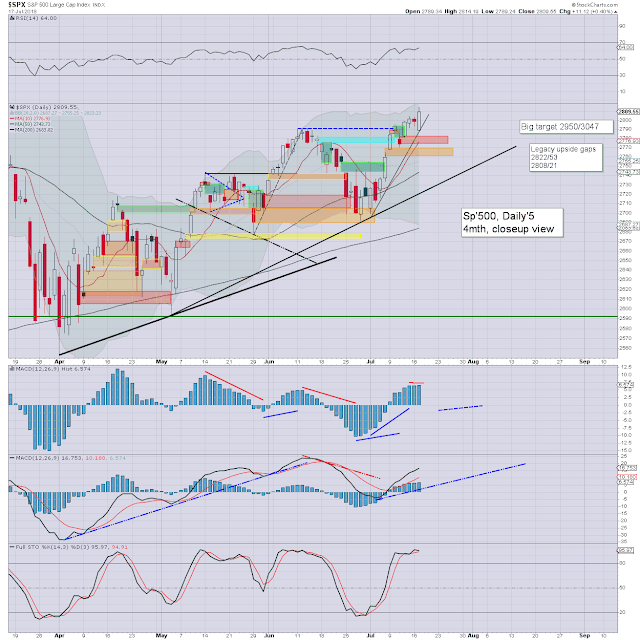 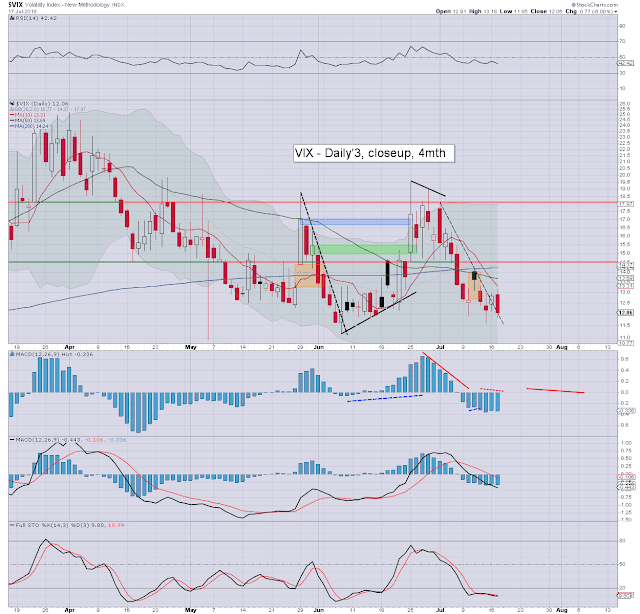 Equities opened moderately weak, but the opening low of 2789 was all the bears could manage. It turned out to be a rather standard 'turnaround Tuesday', with the market breaking a new multi-month high of 2814, a mere 58pts (2.1%) shy of the January historic high.

VIX was naturally very subdued, opening in the low 13s, but settling in the 11s.
--