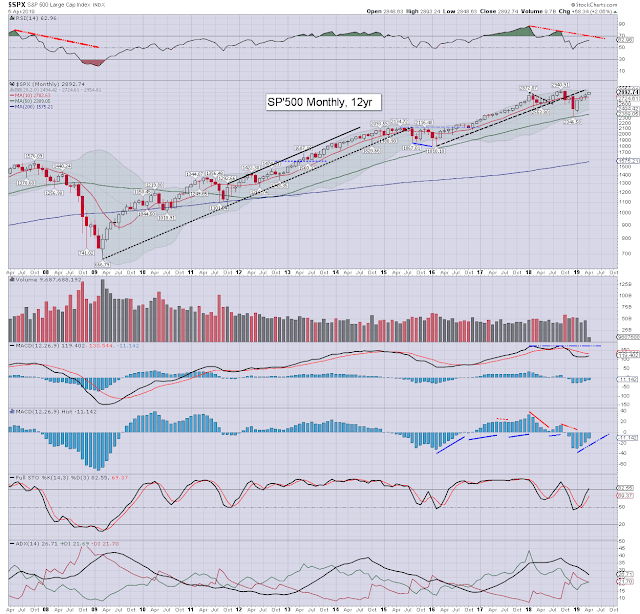 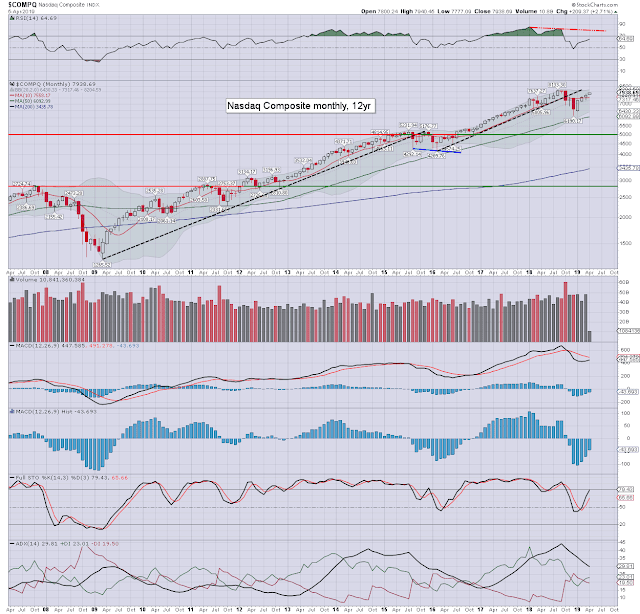 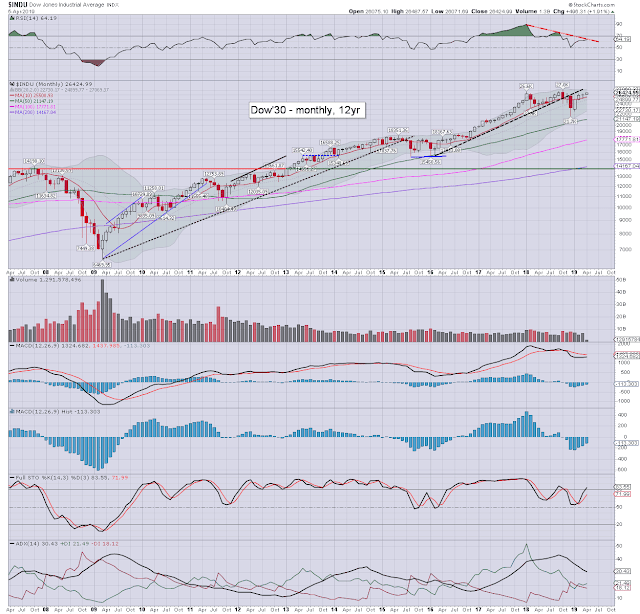 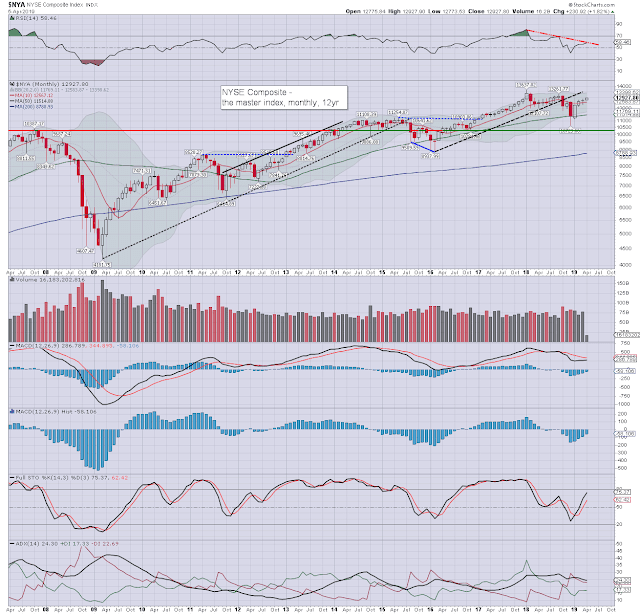 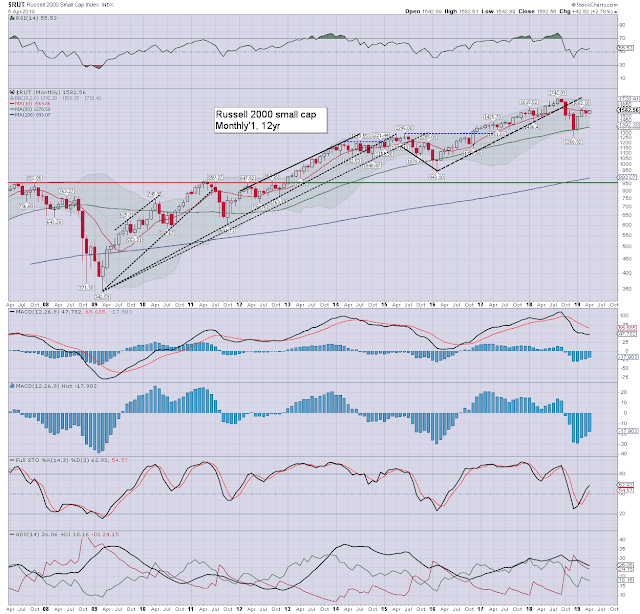 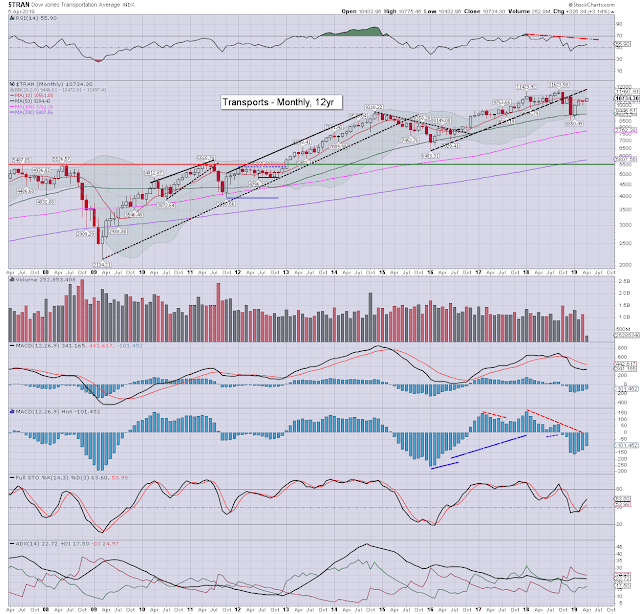 The 'old leader' - Transports, was the leader this week, +326pts (3.1%) to 10734, notably back above the key 10MA. Considering the sustained push higher in WTIC/fuel prices, the strength in the Transports is even stronger than might be initially recognised.
–

The Transports and R2K are leading the way higher, with the NYSE comp' lagging.

All six of the main indexes are trading above their respective monthly 10MA.

*Disney will have an analyst meeting on Thursday, and that will capture some mainstream attention, not least after the recently finalised purchase of various FOX assets. The movie/TV franchises of Marvel and Star Wars will no doubt be highlighted, both of which are money making machines. An update on the planned streaming service can be expected, which should spook the Netflix bulls.
-

*Fed chair Powell is due to speak about the economy at the House of Representatives Democratic Caucus annual retreat in Virginia. That event will span Wed>Fri', and I'm unaware if it will garner any live coverage.

**Fed officials Bullard and Williams are due on Thursday, and some of their remarks will probably catch Mr Market's attention.

***Friday is (at least currently) set to be BREXIT day, with the UK set to exit the EU, with... or without a deal. Its possible that might be delayed to late June... or just cancelled entirely.
--

It was another week for the equity bulls, as new historic highs aren't far off now. Even the Transports and R2K - which saw bearish March settlements, have pushed above key thresholds. As things are, the bulls look set to control things across the spring, if not all the way into late Summer.

The US econ-data, whilst weaker relative to Q4, is still coming in far from recessionary. Things continue to deteriorate elsewhere, but even German equities are battling upward.

The QT program is set to conclude in September, and from there, it is just a matter of whether rate cut'1 is seen at the FOMC of Oct'30th or Dec'11th. Regardless of which it is, for yours truly, such a rate cut will merit as being the ultimate sell signal, just as it was in Sept'2007.
--