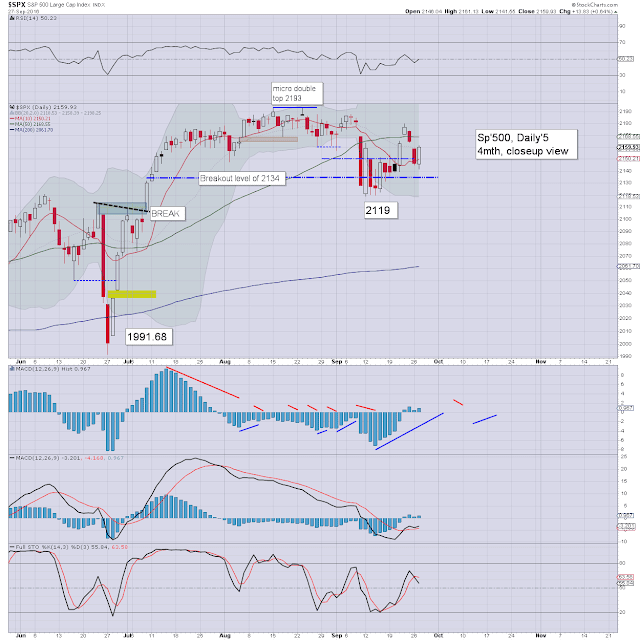 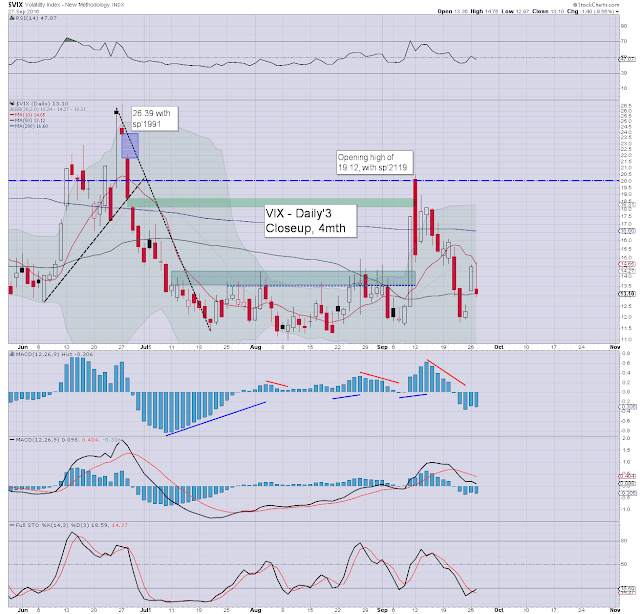 With the first presidential debate out of the way, it was arguably a case of relief in equity land. This was especially reflected in the VIX which was crushed lower.. even seeing an intraday low in the 12s. Single digit VIX remains viable... not least if the market can broadly rally to the sp'2220s by mid October.

I am well aware a fair number of you are seeking the 2200s, only for the market to then unravel.. with some kinda of crashy decline before year end.

Yes, there are MANY problems, not least the financial monster that is Deutsche bank, along with all manner of simmering geo-political unrest. For now though, things continue to keep on ticking along.
-- 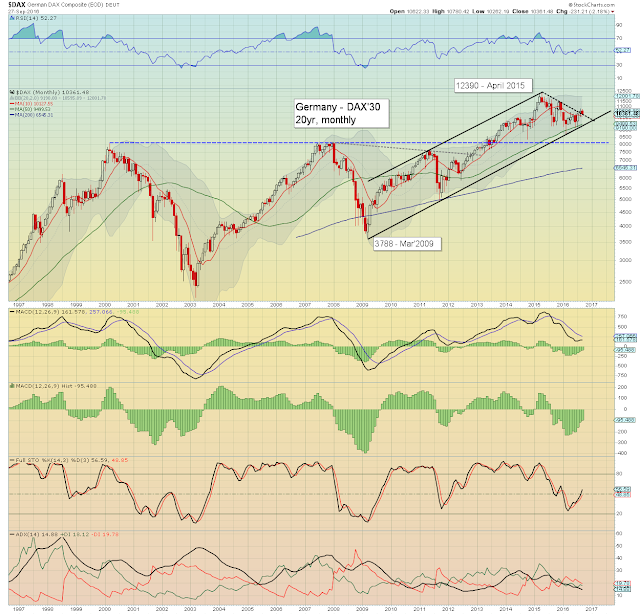 With just three trading days left of the month/quarter, its notable that the powerhouse of the EU - Germany, is currently net lower by -2.2%. It won't be easy to see that fully reverse that across just three days. Most other world markets are moderately mixed.

For the 'five wave' believers, the German DAX has the cleanest price structure of any world market out there. In theory, if you like the idea that the next bear market will be around 50% - with 8K as new long term support, that'll require DAX 15/16k.. which would likely take until 2018 to reach. Dwell on that.