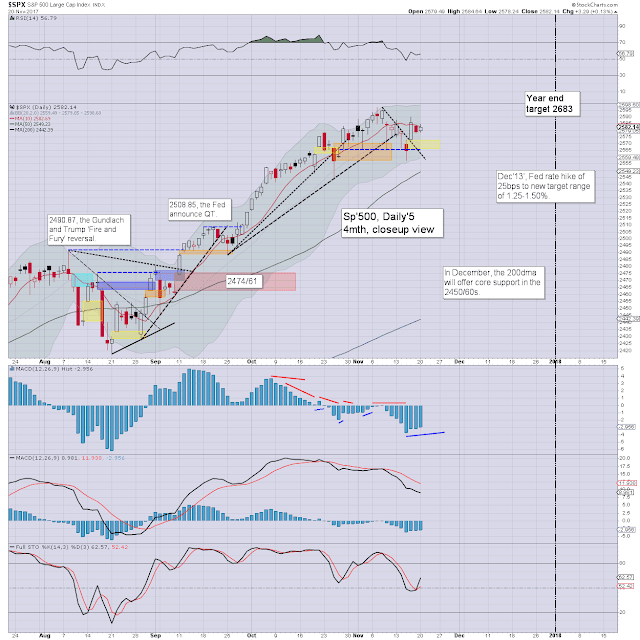 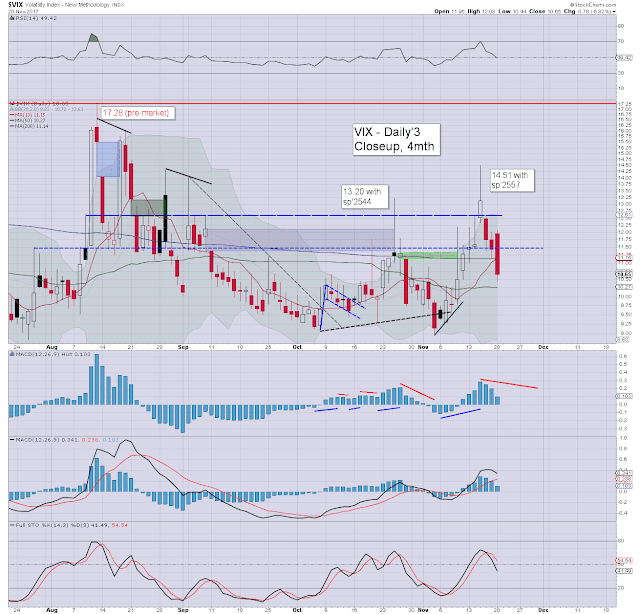 US equities began the Thanksgiving/holiday week on a fractionally weak note, but leaned a little higher into the mid afternoon. The closing hour saw some fractional cooling, as a moderate down wave to 2572/64 is due. Broadly though, it should be clear, the 2600s are still on the menu before year end.

Market volatility was ground lower for a third day, with the VIX settling in the mid 10s. A brief pop to the 12s is probable, but even the 13s look a stretch at any point this week. As things are, this looks to be a year where the VIX won't break the key 20 threshold, and we've not seen that since since 2005.