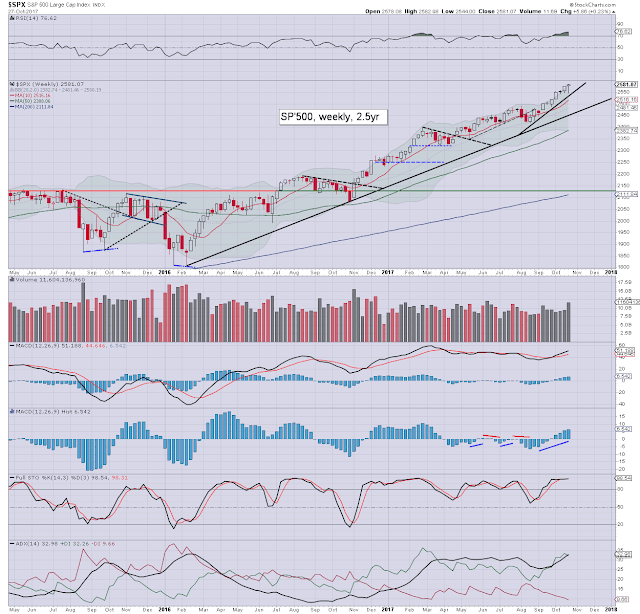 The sp'500 settled higher for a seventh consecutive week, +0.2%, with a new historic high of 2582. Underlying MACD (blue bar histogram) ticked higher for a 7th week, and is now on the rather high side. First soft rising support will be 2550 next week.

Best guess: with yet another new historic high, near term outlook is increasingly uncertain. Unless the Wed' low of 2544 is taken out, any hope of a retrace to the Sept'11th gap of 2474/61 is now on hold. On balance, I still expect a cooling wave to occur. Regardless of the short term, the end year target of 2683 is now a mere 3.9% away, and is clearly on track.

Equity bears have nothing to tout unless a bearish monthly close, which for me would constitute an Oct' close under the monthly 10MA (currently at 2426). That number will jump around 35pts to the 2460s as of the Nov'1st open. I do not anticipate any such bearish monthly close before year end.
-- 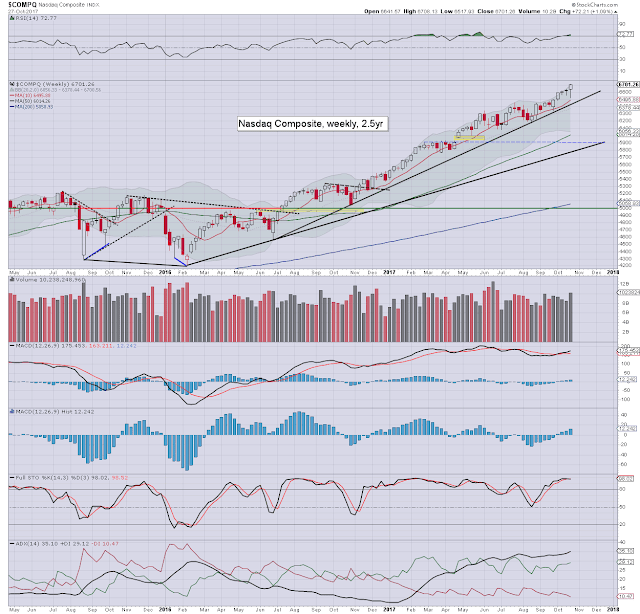 With earnings coming in better than expected (superb in the case of INTC and MSFT), the Nasdaq is powering upward, with a net gain of 1.1%, and a notable new historic high of 6708. The 7000s are clearly within range before year end. The 8000s look very viable in spring 2018. It will be interesting to see how long it takes for some in the mainstream to start talking about the 10k threshold. 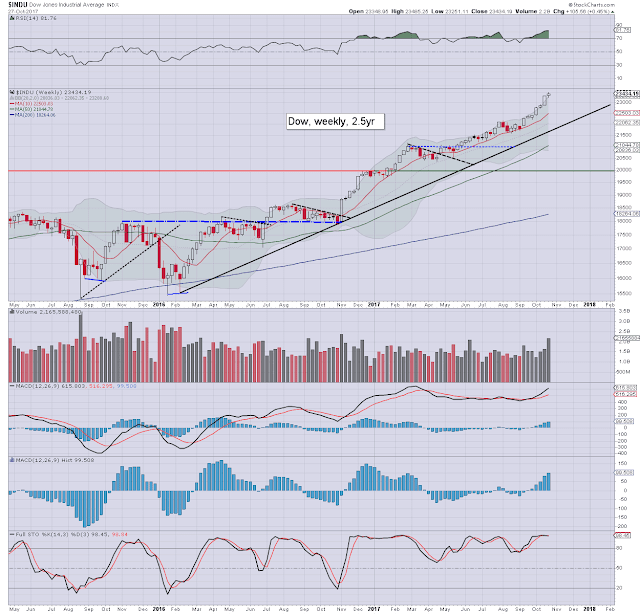 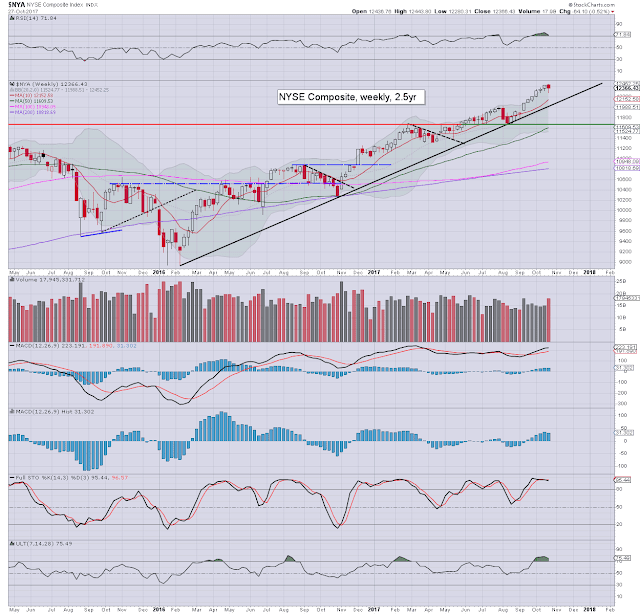 The master index was the laggard this week, with a net decline of -0.5%. However, the NYSE comp' did break a fractional new historic high of 12443. Things only turn bearish with a break of the 12k threshold, which is now a clear 3% lower. 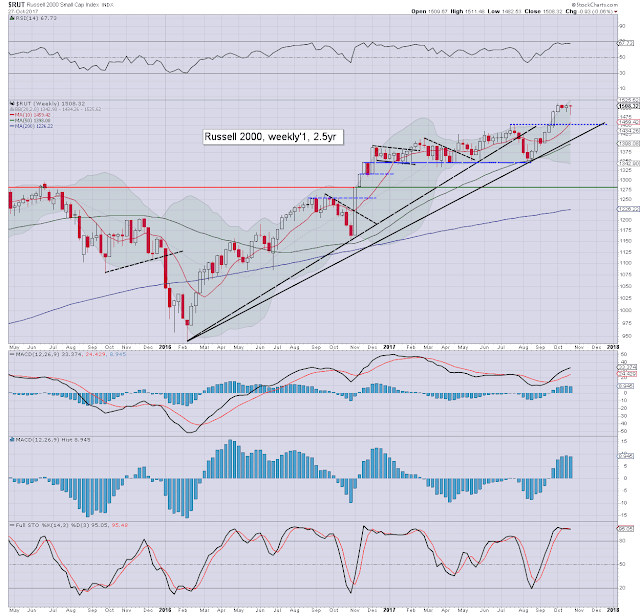 The second market leader saw a choppy weak, settling -0.1% at 1508. It could be argued s/t price structure is a castle top, and that this week saw a lower high and lower low. Cyclically, we have a MACD rollover. However, things only turn bearish if <1450, with rising trend in the 1410s next week. No price action <1400 can be expected in the remainder of the year. 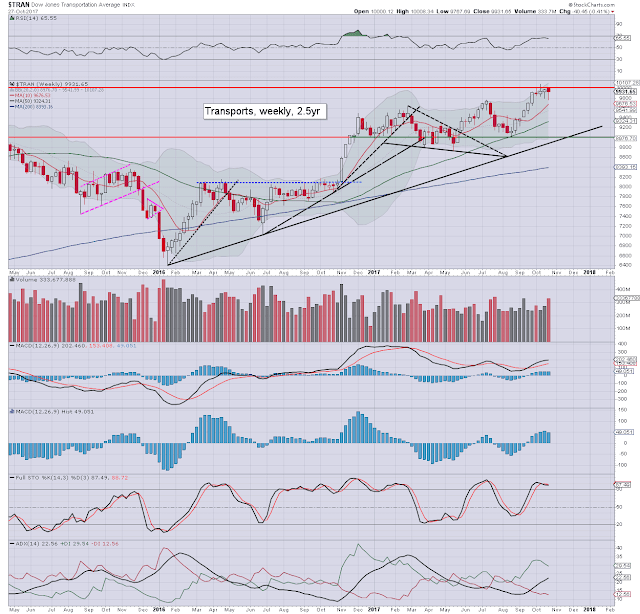 The Nasdaq comp' and Dow are leading the way upward, whilst the Trans/R2K are still a little laggy.

Most indexes have around 5-6% of downside buffer before key rising trend - from early 2016, would be challenged.
--

The FOMC will issue a press release at 2pm. No change in rates or QT policy can be expected. There will NOT be a press conf.

*there are a trio of fed officials due Thurs/Friday, but none seem of any importance. Market is already assured that rates will be raised at the Dec'13th FOMC.

**UK/EU clocks are moved back Oct'29th. USA does not change until Sunday Nov'5th.
--