The wall of worry 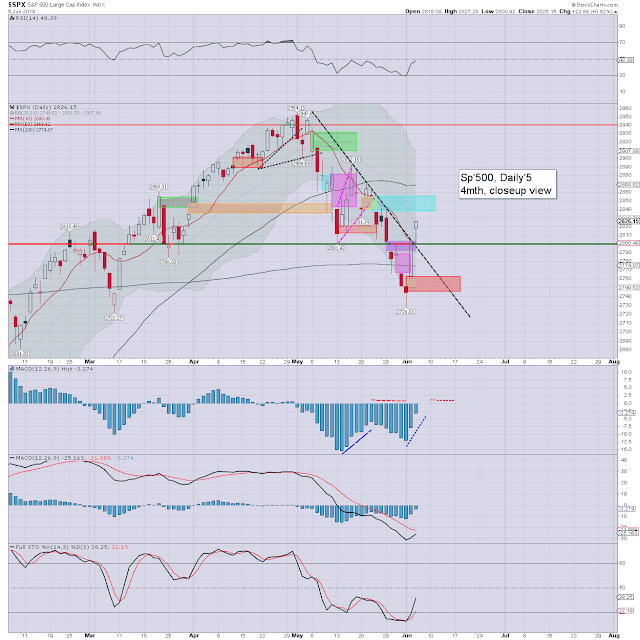 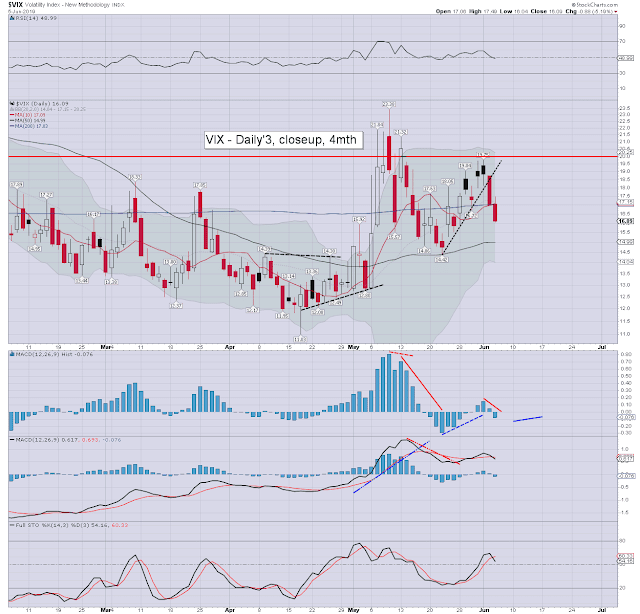 US equities opened moderately higher, but the gains were shaky, and the SPX briefly turned fractionally red to 2800, before resuming upward into the late afternoon to 2824. Volatility was itself subdued, with the VIX lower for a second day, settling -5.2% at 16.09. The s/t cyclical setup favours the equity bears.


The wall of worry

The mainstream cheerleaders sure have a great many concerns... 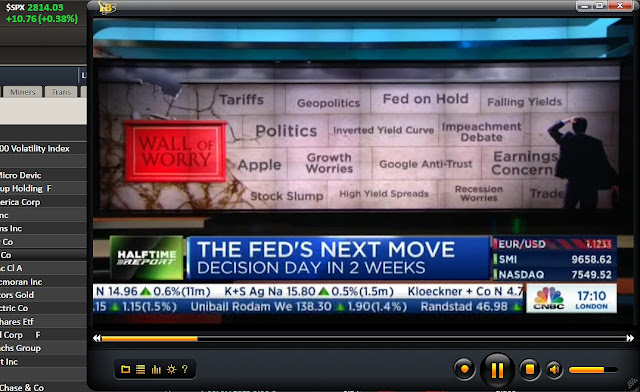 Clearly, trade/tariffs are major issues, but so is the underlying state of the US/global economy. Today's ADP jobs print of +27k was a gross miss from an estimated 173k, and it doesn't bode well for the monthly number, due from the BLS this Friday.

I will add that if we see the mid sp'2600s before the June 19th FOMC, its just about possible we see the fed cut rates. I still think a cut is unlikely until at least July 31st, but we are seeing the Fed increasingly capitulate to pressure - not least from the US President, to cut rates and spool up the printers.