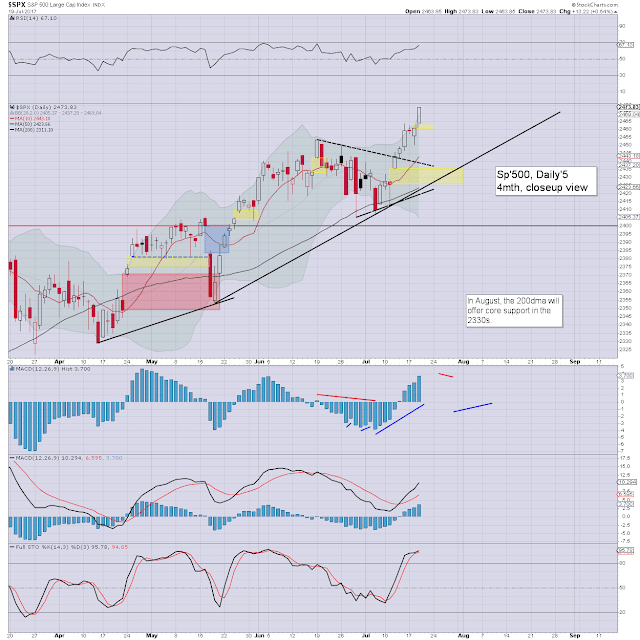 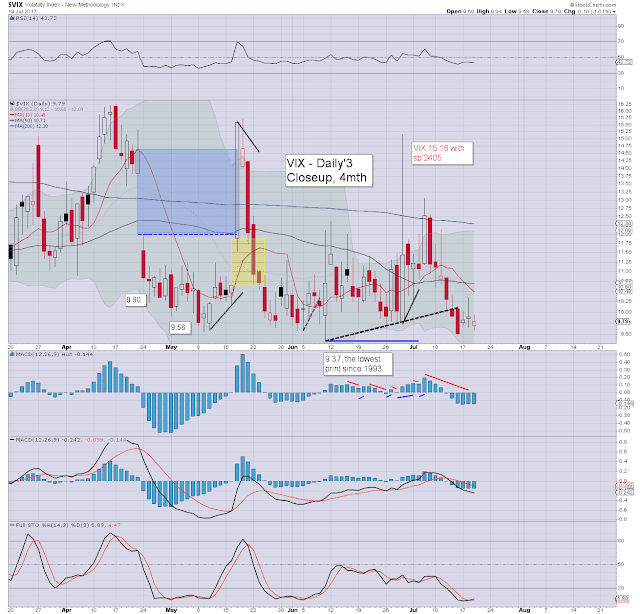 US equities opened somewhat mixed - with notable weakness in the transports (via UAL and CSX), but by late afternoon, we had a quartet of new historic highs in the sp', nasdaq comp', nyse comp', and the R2K.

Market volatility remains broadly very subdued, with the VIX still unable to escape single digits. If sp'2500s... might we see the 8s in late August/early Sept' ?
--

I could babble on about dozens of variables, not least how other world markets are trading. I'll merely suggest anyone go stare at the following for a few minutes... 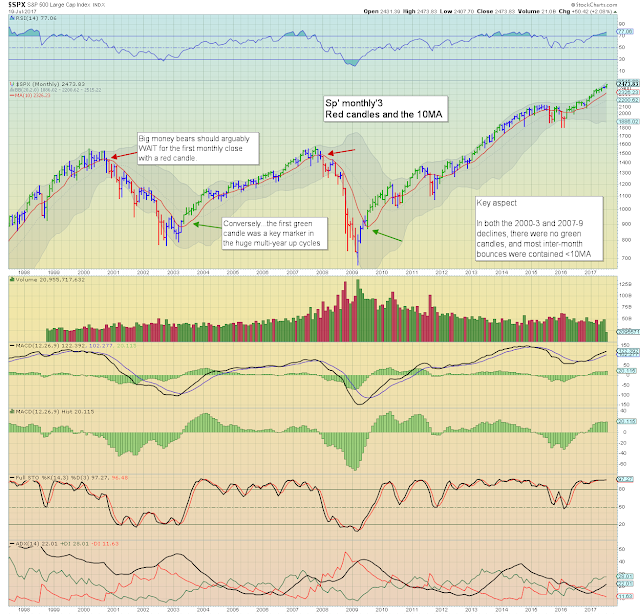 Note the upper monthly bollinger, that will be offering the 2500s in August. Further, note the key 10MA, currently at 2326.. and ticking upward by around 25pts a month. Unless we see a monthly close under that, the equity bears have nothing to tout.
--


As ever, extra charts in AH @ https://twitter.com/permabear_uk