With the market now at day'10 of this up cycle, there are once again more and more bullish mid and long outlooks appearing again. In the past week we've seen various maniacs reappear on both clown channels, touting end 2012 targets in the sp'1450/1600 range.

This week should see further gains, probably at least to around 1355/65...possibly as high as 1380/90. However, I hold to my original outlook. Nothing has changed, in fact things are exactly on track, and on schedule.

The VEU (FTSE Vanguard World Index - ex'USA) chart is very clear about the type of formation we have, and the broad direction for the rest of this year. 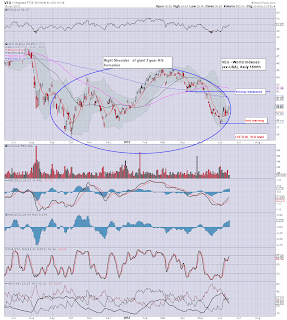 A close up of the RS, of the giant H/S formation - as seen on the multi-year charts. The key levels of support/resistance are clear enough. 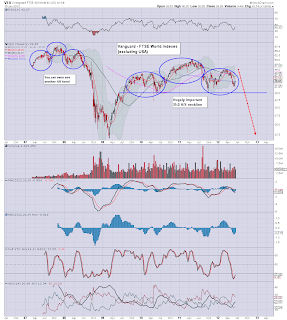 We have a very similar situation to the first deflationary collapse wave of 2008, although this formation is much bigger in both price and time. 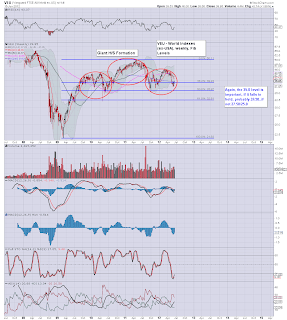 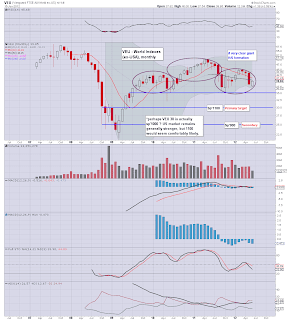 So, this weekend we have the Greeks voting. It could be some days before we know if a coalition can be preliminarily agreed upon. Don't expect a result by Monday morning! Hell, we could even have a third election attempt in late July.

If the FOMC decision on Wednesday (2pm) results in extended QE-twist, that may indeed give the final extra kick to 1380/90 by Friday,  however, I can't possibly see sp'1400 again this year. Any spikes higher are merely better levels to re-short from, and that remains my trading plan for the coming week.


The next big short

For the big players who are watching, there are some potential extremely profitable opportunities ahead. As noted, this week is expected to show some further gains, but I'm looking for VEU to get stuck around 41. Only with a break above 42 - the spring support level, would I consider the primary bearish outlook in jeopardy.

This little posting is dedicated to the Greek people, who are again voting with the hope that their representatives can somehow form a coalition government. A government that will somehow magically reverse their current economic depression into one of growth.
---

My message to the Greek people....

The following chart is what happens when you live beyond your means, when you consistently vote for a government that overspends, and one that doesn't much care whether you pay your taxes.

Most of you are still yet to wake up from your mass societal delusion. One day you might even start to understand that your production of goods and services must at least equal your consumption of equivalent goods/services.

I am not hopeful you will awaken before its too late. In fact, it is probably too late for most of you anyway. 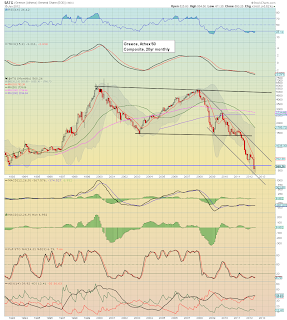 Good wishes..from someone who lives in a country that has also lived beyond its means for many...many years.
Posted by Trading Sunset at 17:27:00
Email ThisBlogThis!Share to TwitterShare to FacebookShare to Pinterest

SP'500 weekly scenarios - a bounce, before the collapse

Two weeks ago I first posted this chart. We had just hit sp'1266..and the issue was whether sub-wave'5 of big'1 was complete. Well, that certainly turned out to be the case, and this is as clear a wave'2 as I can ever imagine. 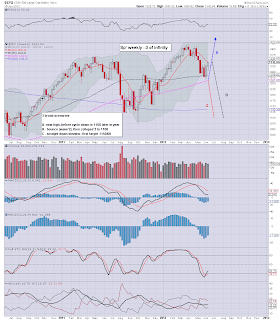 Scenario A'...I just can't imagine we break to new index highs this summer (or at any time this year), unless the Bernanke initiates QE3 next week - and 'twist extension' does NOT count as 'new money'.

That concludes another crazy week in market land. Enjoy the weekend

From a cycle perspective, things are looking very much on track. Wave'1 looks like a very clear 5 waves lower. We are now in wave'2 UP, which appears to be a standard ABC style - of which we are now in the C' part.

On balance, wave'C looks set to complete later next week, around the time of the FOMC decision (Wednesday, 2pm). I'm quite expecting QE-twist to be extended, but that is NOT adding new money into the system, its merely meddling with the bond yield curve.

Lets look at those daily cycles... 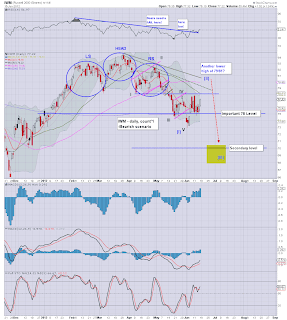 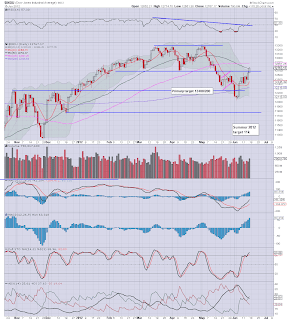 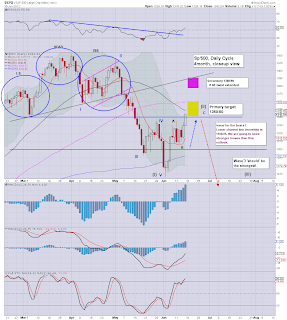 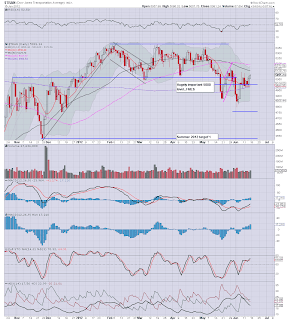 I realise many of the doomer bears will be holding short positions across this Greek election weekend. I have chosen not to take that risk, which is based largely on my analysis of the underlying momentum on both the hourly and daily cycles.

I will feel VERY confident to re-short this nasty market AFTER the Bernanke has made his decision next Wednesday.

I currently expect wave'3 to last 3-5 weeks, and take us down to at least the sp'1150 level, possibly straight to 1100. There are numerous key indicators to keep an eye on that will be absolutely vital in order to help determine whether 1100 is the floor. I'll cover that in more detail this weekend, but for now...a brief preview....

Those bears looking for sub sp'1100 later this year...