The US (and world) markets continue their rollover on the giant monthly charts. Since the April peak of sp'1422, we've seen a few choppy weeks of trading, but just recently a 16 day down cycle - I'm not sure if that is a record, but its certainly something even the doomer bears weren't expecting.

The coming months look set for further significant falls, with the primary target remaining - equivalent to sp'1100 across all indexes. 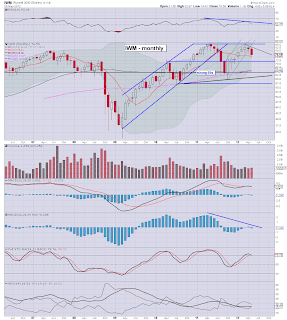 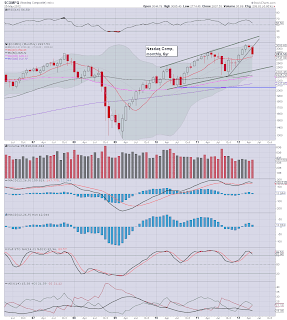 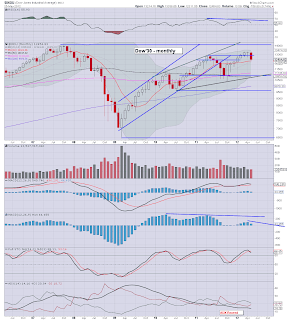 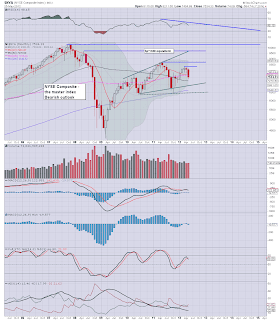 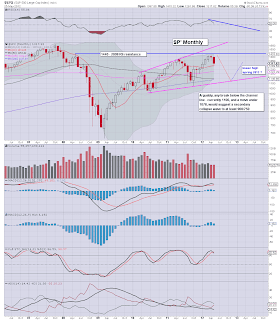 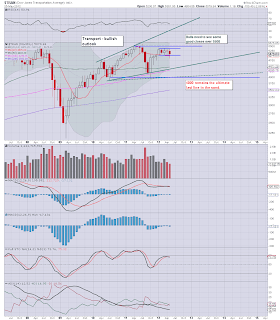 The market has put in an impressive, and very clear rollover since the start of this year. There can be no doubt about it, and with the VIX holding above what was prior resistance at 21, this coming week could be quite dynamic.

The transports is back above 5000, but I'm certain that won't last long, maybe even failing as early as the Tuesday open. With the recent puncture below 5000, I believe the Transports was the ultimate confirmation that there are further bearish months ahead for the broader market.

In many ways, when I reflect on what the Transports has done over the past year, the big issue for me now is whether we break the lower channel line of 4350 or so (which will rise to about 4500 by October). If we can break 4300, then the next level will be the very last warning the Permabulls get.

Lets be clear, if we see a break under 4000, then I'd assume we will experience a new collapse wave, ala' 2008, taking the transports to at least 2500. I'd guess that would equate to around Sp'800 or so. It remains interesting that this 'crazy talk' is not even just on the fringes anymore. A number of analysts have been on the various clown channels since the beginning of this year touting sp'800. Just last week, Mr Case-Shiller himself was touting SP'800 on Bloomberg. Some might call him 'old and crazy', but hey,...many called Schiff crazy in 2005-07 when he was suggesting that house prices would start falling year over year. After all, house prices could only go up,...well, that was what the Bernanke had said.

I think I'll wrap it up here, the six big-picture charts are clear enough, we're going down for some months to come. Regardless of any market 'noise' this week, the current trend across both US and world indexes is without question... downward..