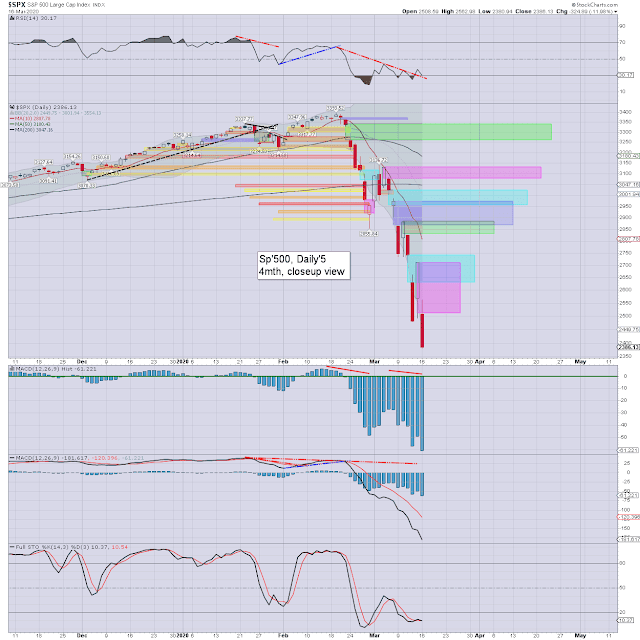 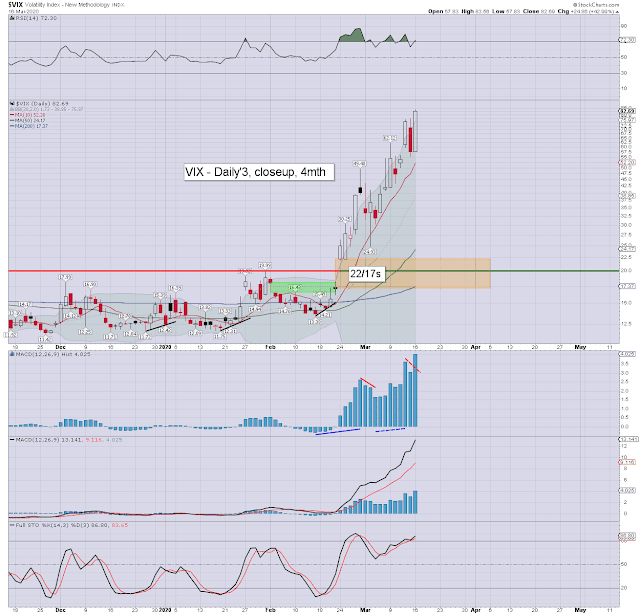 US equities effectively opened in crash mode, mirroring European markets. It took less than a minute for the 7% circuit breakers to kick in. The SPX printed 2401, before a powerful bounce to 2562.

Meanwhile, on the CNBC lunchtime show, perhaps the most bizarre and stupid thing I've heard in some years... "My advice to your viewers, refinance your mortgage, and take the money, and buy some stocks" - Sandler.

To yours truly, such advice is sheer madness.
Cardinal rule 1. NEVER borrow to trade/speculate. NO MARGIN.

To see someone giving direct advice for people to refinance, and then spend the money on stocks, which could (worst realistic case) fall another 30/40%, is outright insane.
--

The afternoon saw renewed weakness, with the algos upset with the US President suggesting the Corona crisis will perhaps drag into 'July or August'. 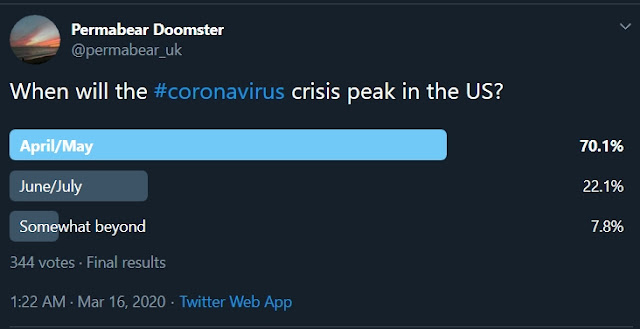 Right now, I'd expect Corona to max out within late May/June. 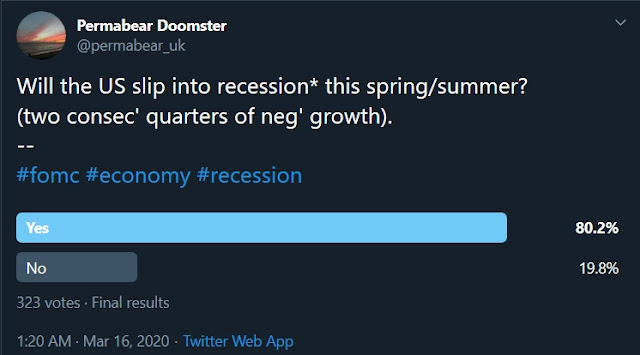 A recession is clearly a given. 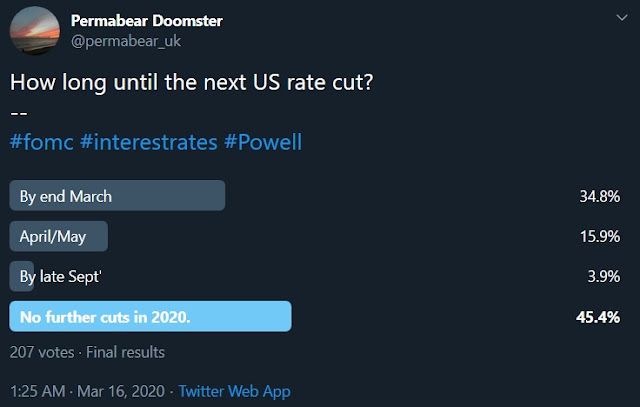 It is possible we'll see the fed cut rates again before end month. My guess is they'll try to resist until at least late summer, but negative rates appear an eventuality. 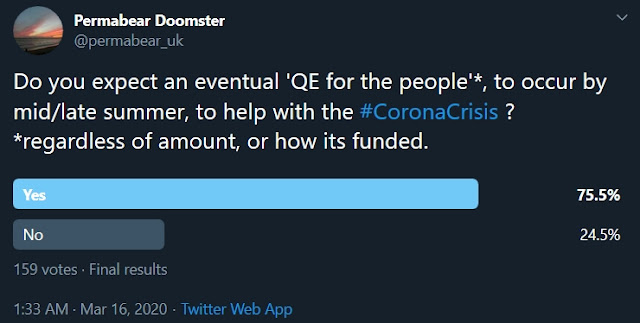 Calls for 'QE for the people' are growing by the day. I expect $1000 per US citizen. 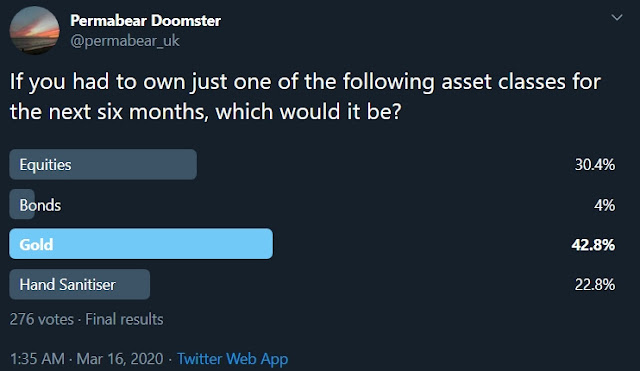 Gold is still capturing massive interest, despite swinging from $1574s to $1450s. 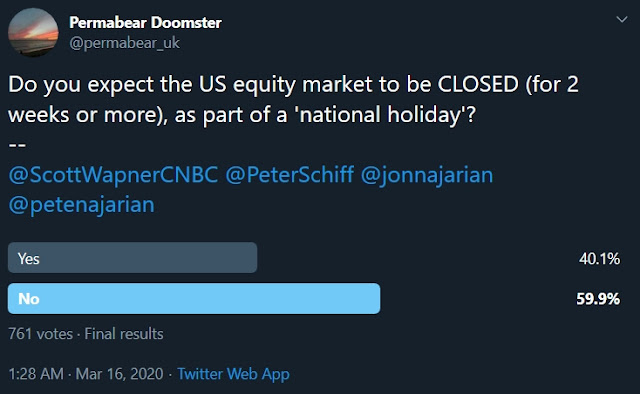 On balance, I am expecting some kind of 'national holiday', which would span 2-3 weeks, if not this month, then within April/May.
--