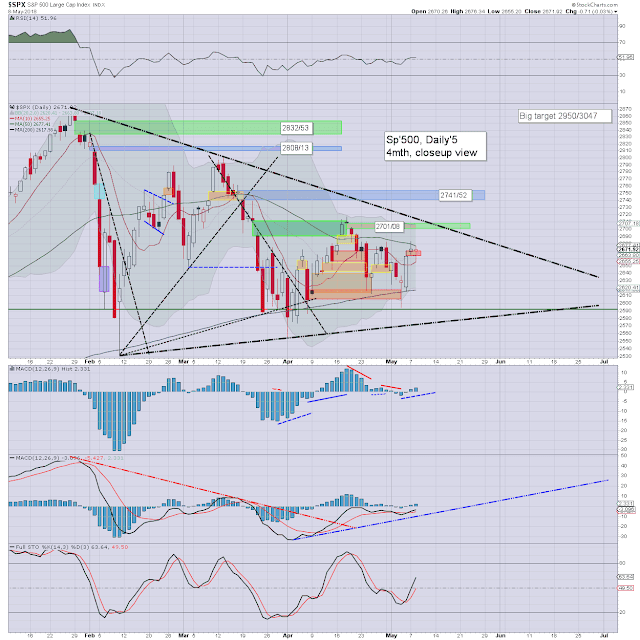 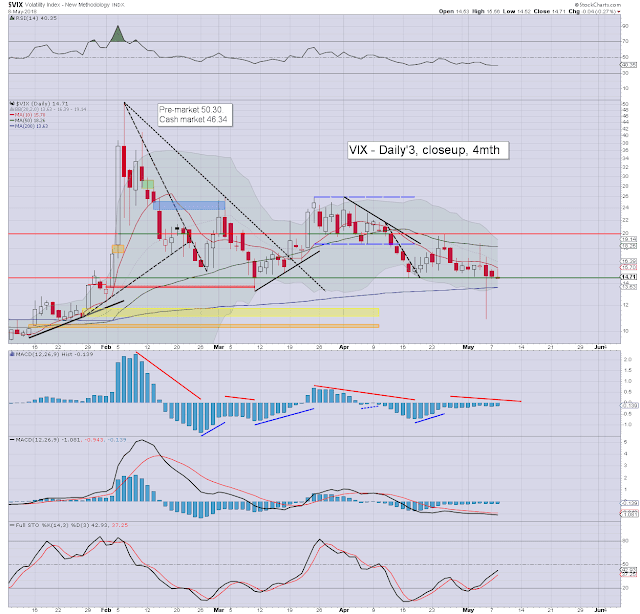 US equities opened a little weak, and choppily declined into the early afternoon. US President Trump then made the announcement that he is revoking the 2015 Iranian deal. Price action was moderately  choppy, with the indexes even briefly turning fractionally positive.


As as aside, there was notable SPY option activity today: >100000 each of the July $290 and $295s. Its subtly suggestive that some of the 'big money' is looking for a major bullish breakout within the relatively near term. A grander move to original big target of 2950/3047 still looks probable.