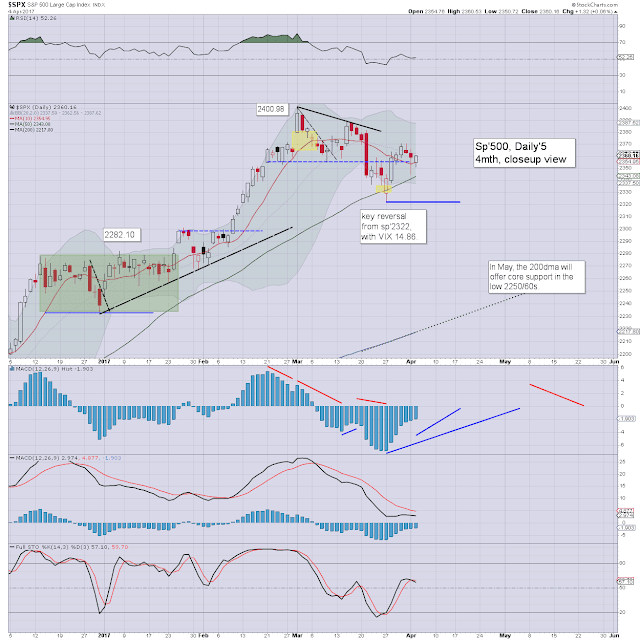 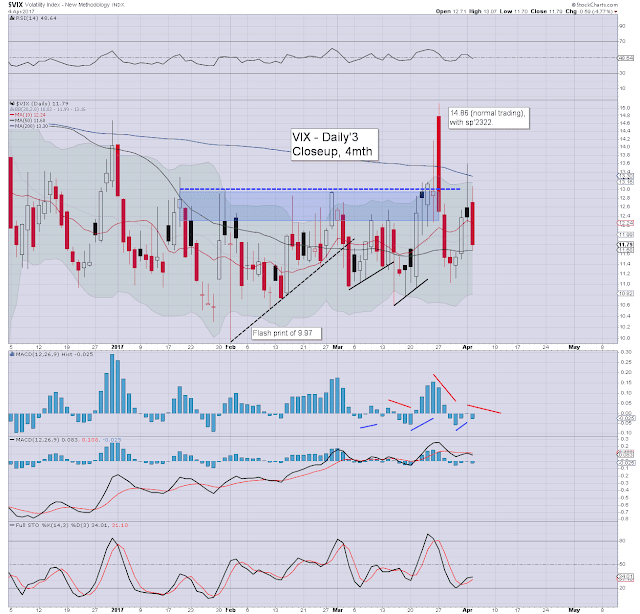 US equities saw some morning weakness, but then swung upward... closing in minor chop mode. Price structure across the last few days is a viable baby bull flag.. which argues at least for a test of sp'2380 within 3-4 days.

Volatility remains broadly subdued.. although again, we did VIX in the 13s today. If sp'2380... a weekly VIX settlement in the 10s is on the menu. 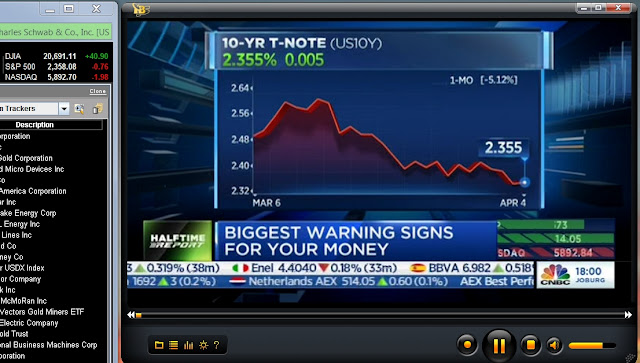 As US bond yields have recently cooled, many within the mainstream have started to get a little spooked. I can kinda understand it. We've seen financial stocks cool, but then those have hyper-ramped since summer 2016. The recent cooling is arguably just a natural retrace.

This mainstream concern is largely just a case of lack of perspective. Did everyone already forget Bank of America was trading in the $11s last June? Does everyone still not realise the importance of last November's breakout above the $18 threshold?

The notion that the financial's bullish run - which really only began in Nov'2016, is at/near an end, is nonsense.

I've near zero concern unless the fed fail to raise rates this June or July. Anyone touting a massive equity collapse needs to shut up and go stare at the following for a few hours... 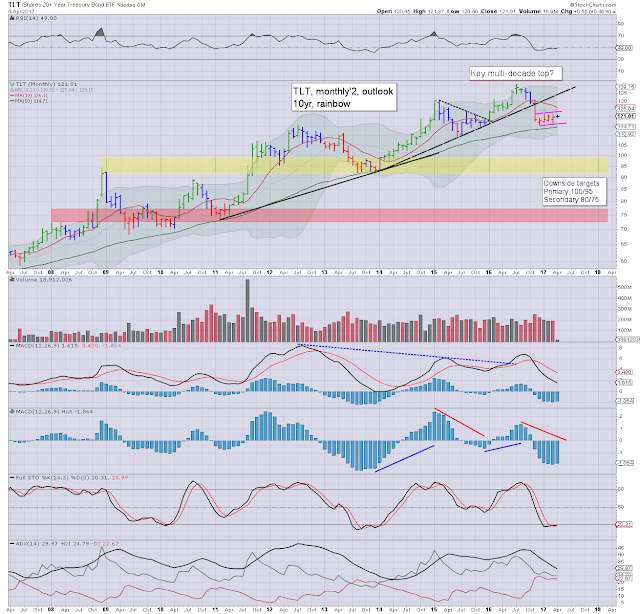 Price structure is a very clear bear flag, and TLT looks primed for a broader decline to $100.. whether by year end or in early 2018... it makes little difference.
--