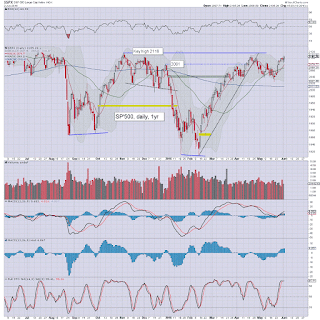 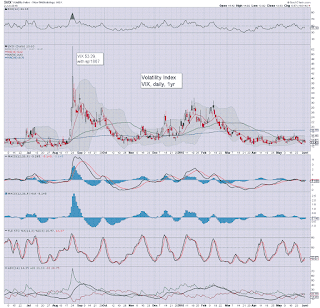 It was another day of moderate swings for the US equity market, the sixth day of a market stuck in a narrow range between the 2080s and the low 2100s.

VIX continues to reflect a market that is essentially fearless... much like June/July 2015, and Nov/Dec'.

A major questions remains, is the VIX going to stay subdued across June, or at least spike to test the key 20 threshold? Considering the looming BREXIT vote (June 23rd), it seems almost impossible that the US/world capital markets won't get at least a little twitchy as the month proceeds.
-- 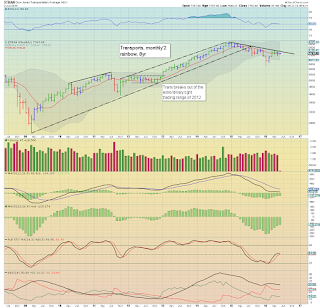 It remains notable that whilst the headline indexes - sp'500, dow, nasdaq', are all close to historic highs, the 'old leader' is still broadly struggling. The 8K threshold is strong resistance, and unless the bulls can break above that, the downward trend from Nov'2014 remains intact.

As for tomorrow... there is a wheel barrow of econ-data, and it won't likely be dull.