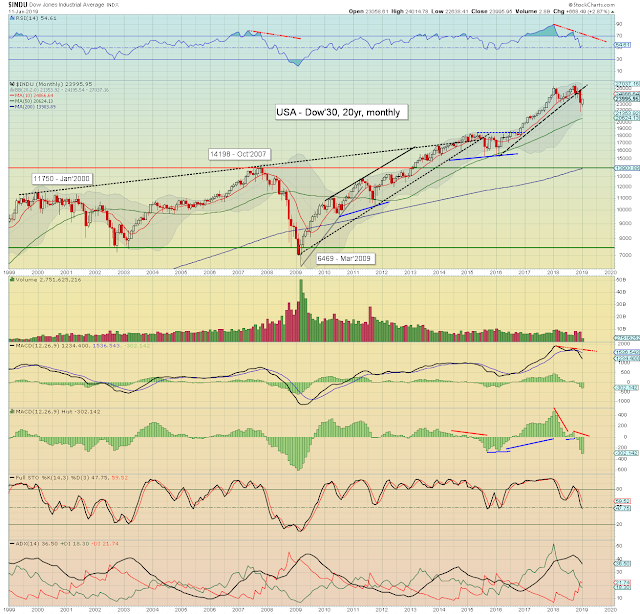 The mighty Dow is currently net higher for January by 668pts (2.9%) at 23995. Note the macd (green bar histogram) having ticked lower for a fourth consecutive month, with price momentum at levels not seen since May 2009. Note the key 10MA at 24866.

The December/2018 settlement was real ugly, and even if January settles net positive (>23327), it won't be enough to turn things back to m/t bullish. For that, the bulls really need >25k, which is clear 1000pts higher.

The very s/t outlook offers a few more days of upside, but then a rollover.. a day or two before, or just after Jan'18th opex. The remaining 8 trading days of the month should (in theory) favour the bears. As things are, I do NOT expect the Dec' low of 21712 to be broken before end January. A more realistic target is the 22800/600 zone. 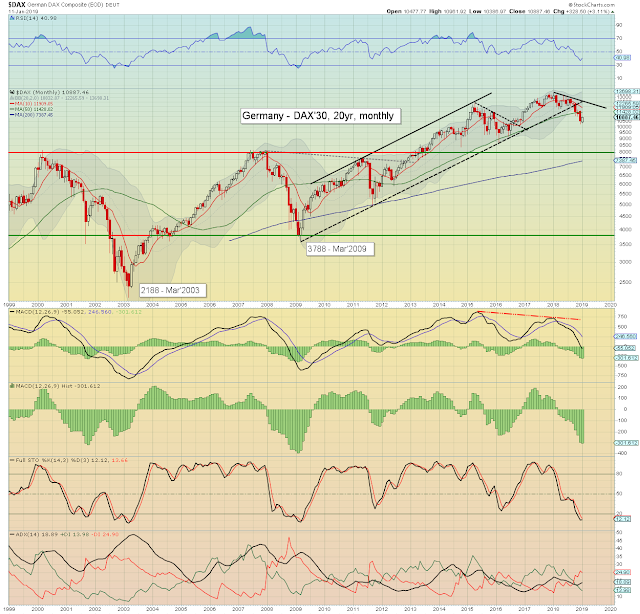 The economic powerhouse of the EU - Germany, is seeing the DAX currently +328pts (3.1%) at 10887. Whilst the current bounce is significant, it does little to dent the m/t bearish trend that decisively began in Oct'2018.

The first print for Q4 GDP is due Feb'14th, and if it comes in negative, it will make for a second consecutive net quarterly decline in growth, deeming Germany officially in recession. Just consider that ECB rates remain at -0.4%. What is Draghi (or his successor) going to do, cut rates to -1.0% ? Negative rates aren't good for the financials, not least Deutsche Bank, which continues to head toward implosion. 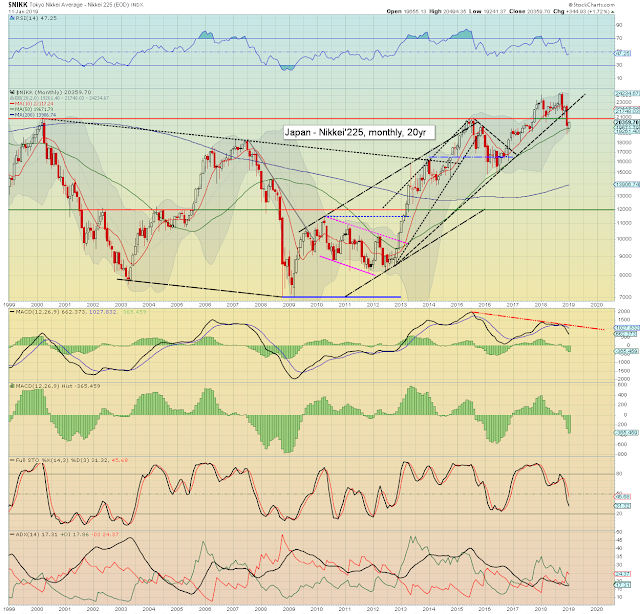 The Nikkei is currently +344pts (1.7%) at 20359. Note key price threshold of 21k, which was settled under in December. The break of l/t trend in Oct'2018 remains massively important, and offers far lower levels. The more bearish could target 12k, although I recognise that is a very long way down. If correct though, the implications for other world markets - including the USA, would be profound. 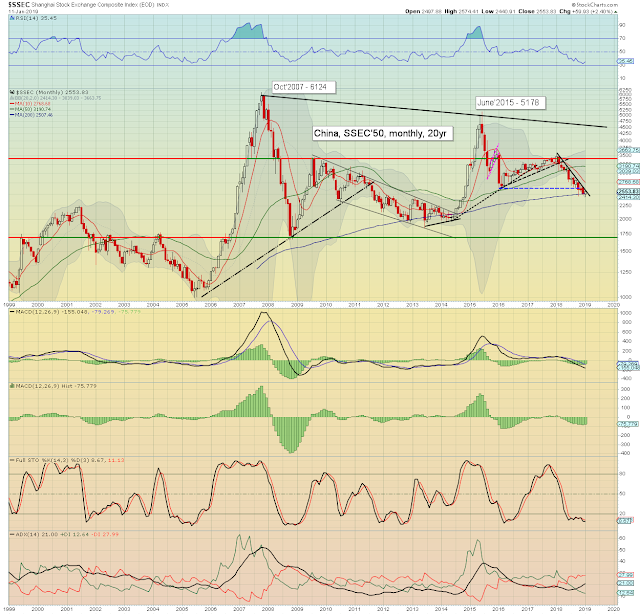 The Chinese equity market is currently +59pts (2.4%) at 2553. The m/t bearish trend remains intact though. The bulls need a break above the 10MA at 2768, to have confidence. As for the elusive trade agreement with the US. There is no real sign of progress, with the communist Xi leadership arguably in no hurry to capitulate to the capitalists. 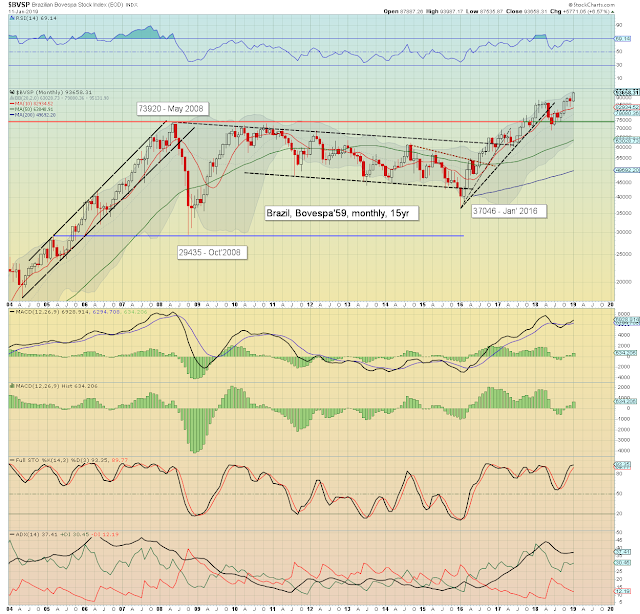 The Brazilian market is currently +5771pts (6.6%) at 93568, having broken a new historic high. Something to look for in the months ahead, a possible divergence between price and various technicals, such as a marginal lower cycle high in the RSI relative to actual price. 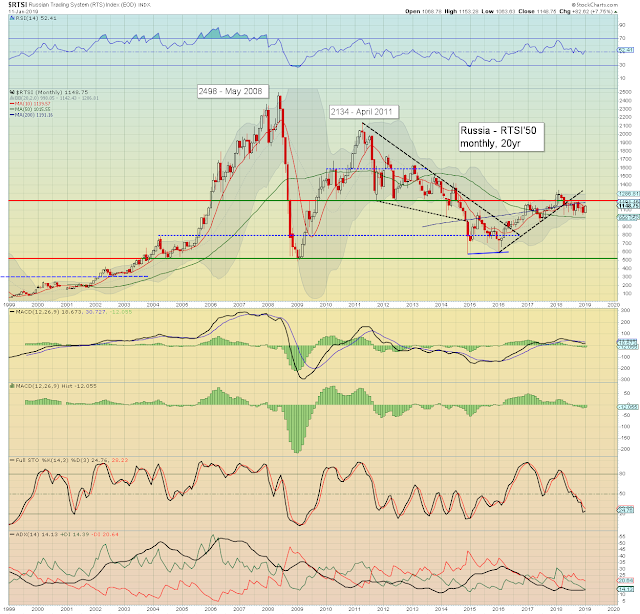 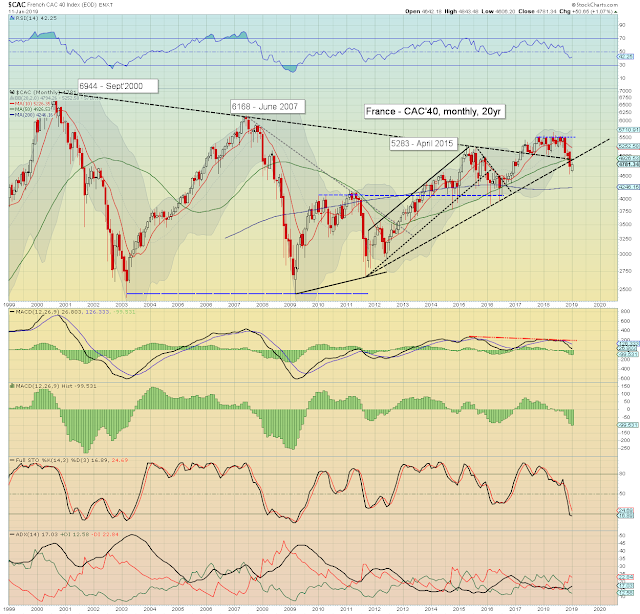 The French market is currently +50pts (1.1%) at 4781. The trend remains m/t bearish, as we're still well below the key 10MA of 5226. The break of l/t trend in December should not be dismissed lightly, and offers far lower levels. 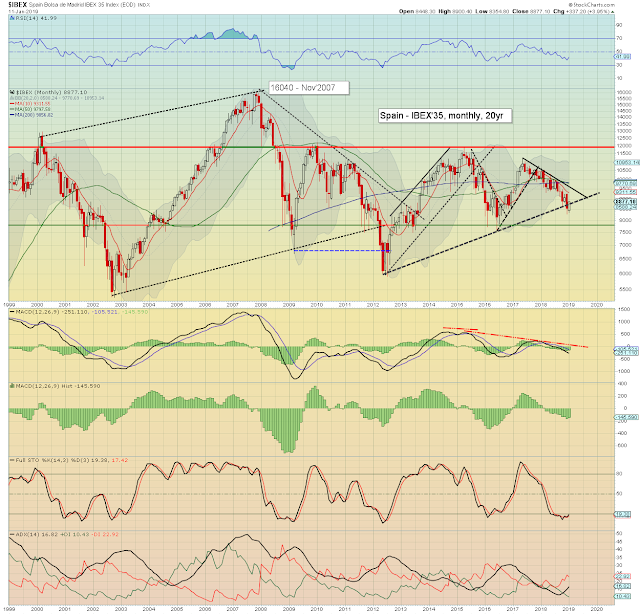 The Spanish market is currently +337pts (3.9%) at 8877. The m/t trend remains very bearish, having cooled from the May 2017 high of 11184. The Spanish economy remains highly problematic. There are numerous societal issues, not least the Catalan situation, which continues to quietly simmer. Any economic down turn will result in such issues rising to the surface. 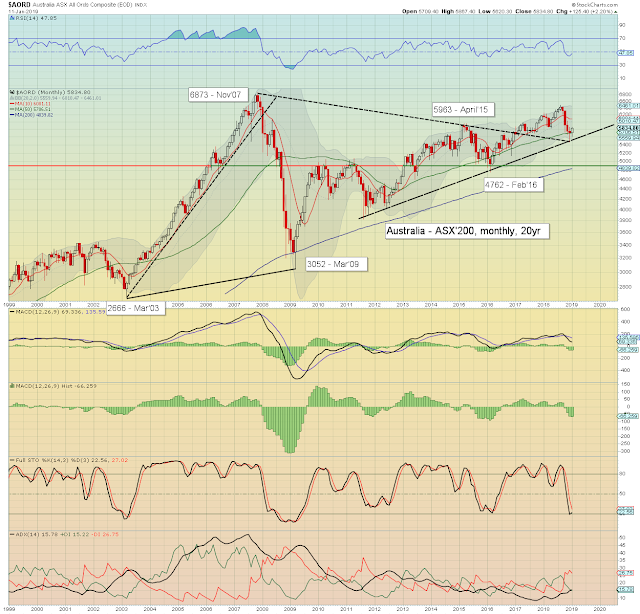 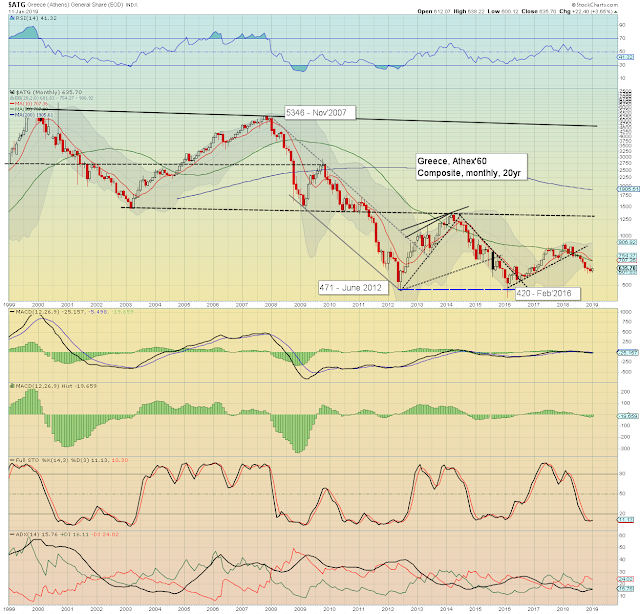 Russia and Brazil are leading the way upward, whilst Japan and France are lagging.

Despite the current bounce, nine of ten markets are m/t bearish, with Brazil being the exception.
-- 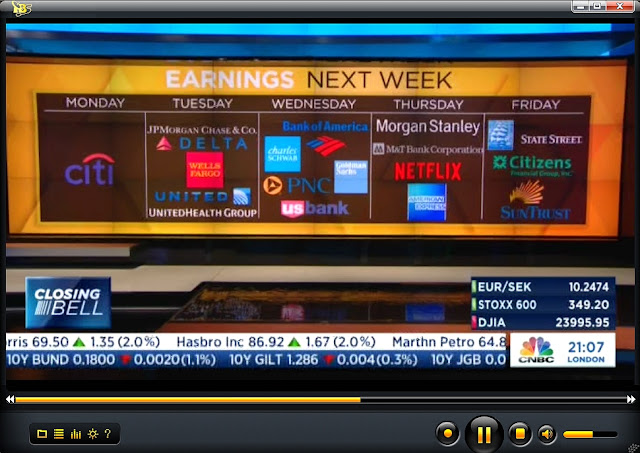 *As January 21st is CLOSED for MLK day, Friday Jan'18th can be expected to see higher volume ahead of the three day break. The fact it will be OPEX will likely make the situation extra dynamic.
--

If you value my work, subscribe to my intraday service.
For details and the latest offers: permabeardoomster.com

*the next post on this page will likely appear by 5pm EST on Monday.
Posted by Trading Sunset at 17:00:00
Email ThisBlogThis!Share to TwitterShare to FacebookShare to Pinterest
Newer Posts Older Posts Home
Subscribe to: Posts (Atom)